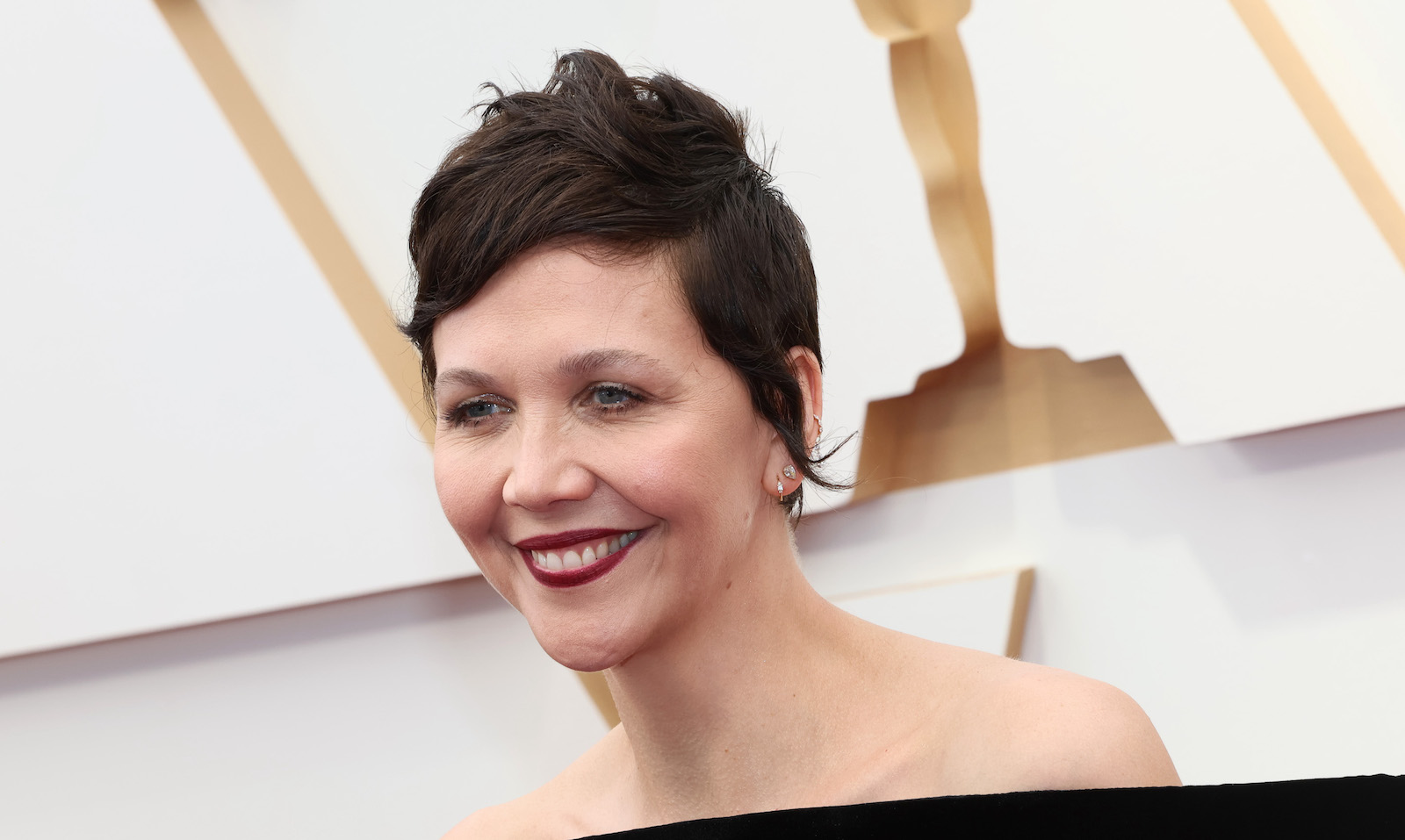 Director Maggie Gyllenhaal has decided against a classic evening gown for this years Academy Awards ceremony, sporting instead a bizarrely shaped dress that has taken the internet’s attention.

Gyllenhaal was in attendance as her directorial debut The Lost Daughter saw three nominations at the ceremony, including Best Actress for Olivia Colman, Best Supporting Actress for Jessie Buckley, and Best Adapted Screenplay.

Attending the 2022 ceremony alongside her husband Peter Sarsgaard, Gyllenhaal has truly gone for attention in her T-shaped black dress with golden buttons. The dress is a Schiaparelli custom which may have been better left in the wardrobe at home – but it certainly has people talking.

Twitter was ruthless with the dress, and it looks like this years’ ceremony already has its first meme. People went from referencing The Simpsons, to Roblox, and even a door knocker.

Gyllenhaal’s look, however outlandish, only has rivals this year with the likes of Kodi Smit-McPhee’s baby blue suit, and Timothée Chalamet’s shirtless blazer look. It’s been a great year already for outlandish displays from Hollywood’s A-listers.

Gyllenhaal will take great pride in her directorial debut receiving such lavish praise from the Academy, and is likely already thinking about her next gig. Her godmother Jamie Lee Curtis was also in attendance at the Oscars, and said she was most looking forward to seeing Gyllenhaal again.