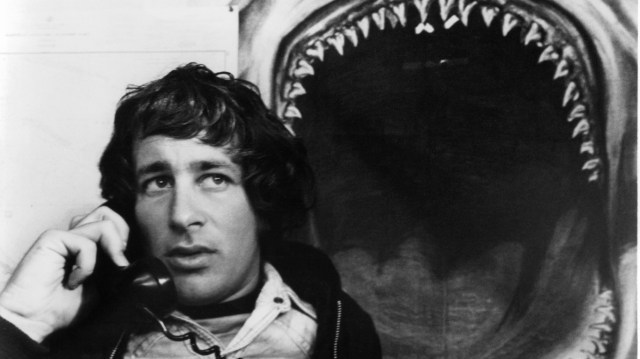 The band Mumford and Sons is popular due to their twangy rock sound, millions of albums sold, and their ability to make people think the banjo is cool. Now the lead singer of the band is getting some attention for a different reason: he’s gone solo and none other than Steven Spielberg directed his first video for the song “Cannibal” – with an iPhone.

“On Sunday 3rd July in a high school gym in New York, Steven Spielberg directed his first music video, in one shot, on his phone. Kate Capshaw was the almighty dolly grip. I’ve been overwhelmed by the support of the people around me to bring this music to you, and I cannot hope to express all of my gratitude. When people get it, it blows my mind. Kate and Steven just got it, and I cannot thank them enough. Thank you Kate. Thank you Kristie. Thank you Steven.”

Actress and painter Kate Capshaw, Spielberg’s wife, can be seen in the photo on Instagram pulling her husband around in a chair. So how does it look? Take a gander below:

The clip is shot in black and white and starts with a tight shot of Mumford. The show pulls back farther and farther slowly to show that he’s on a stage in some sort of ballroom. It’s a fairly simple, pared-down affair, which was probably the aesthetic they were going for regardless.

The song is acoustic and soft at first but when the music does kick up a bit Spielberg gets in close again. There’s no word yet on the official model of iPhone used, but Mumford’s wife actress Carey Mulligan is listed in the credits as working on sound and costuming. Here are the credits for the video:

Performed by
Some Chancer Mug (what he calls himself)

He also wrote a handwritten letter and posted it on Instagram to reveal some details about the album.

“In January 2021, facing demons I danced with for a long time in isolation, I wrote a song called ‘Cannibal’. I took it to my friend Blake Mills, and we began the process of making this album, dear to my heart, called (self titled). It comes out September 16th 2022, produced by Blake Mills, and featuring Brandi Carlile, Phoebe Bridgers, Clairo and Monica Martin.”