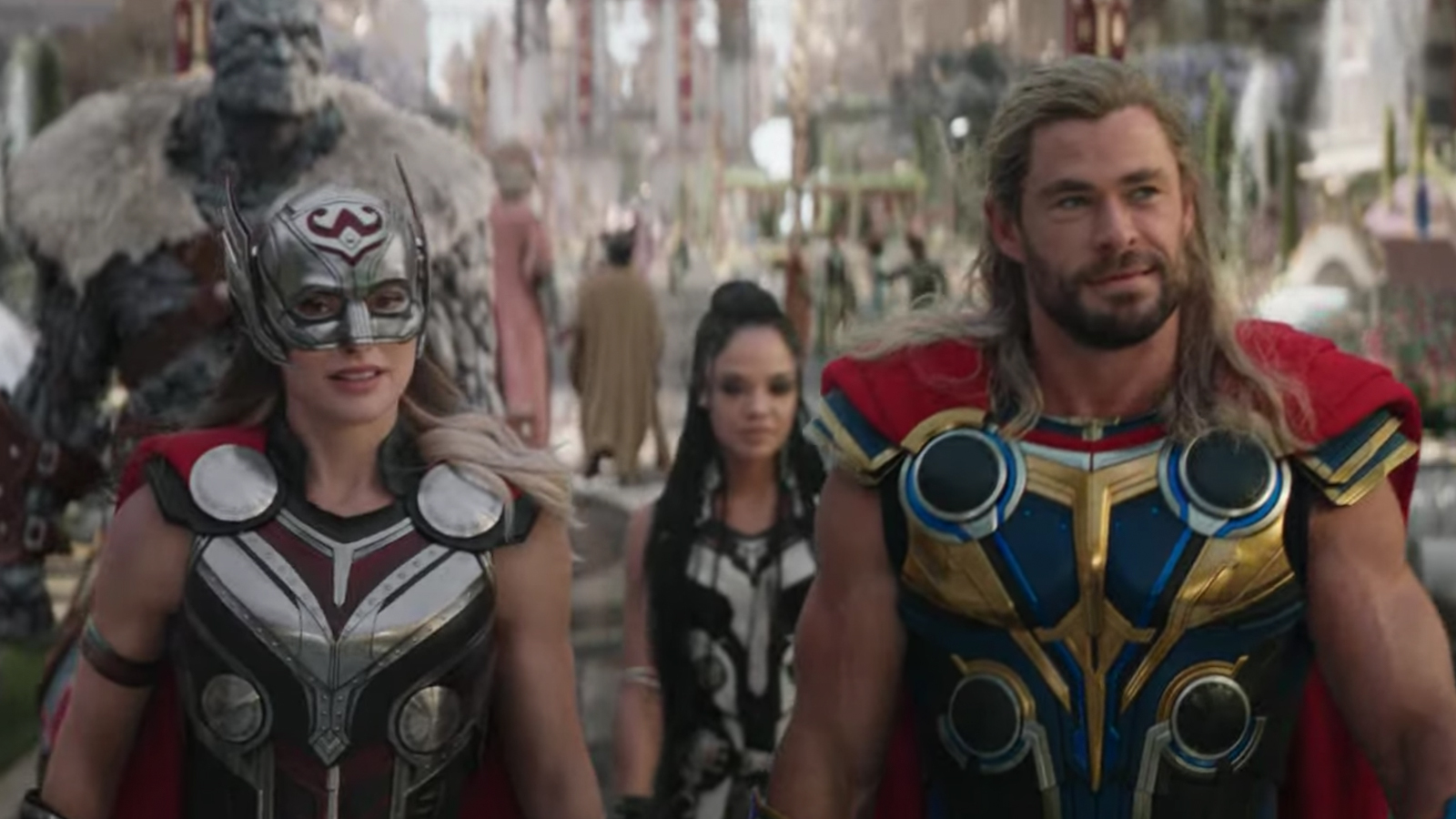 As far as MCU titles go, Thor: Love and Thunder seems to be on the more straightforward side. Though Marvel has been getting more ambitious with its subheadings of late — see: Multiverse of Madness and the upcoming Quantumania — the meaning behind the name of the new Thor film appears easy to decipher. The god’s ex, Jane Foster (Natalie Portman) is back, only this time she’s got powers herself. So add those abilities up with a potential romantic rekindling and that equals Love and Thunder. Right?

You’d think so, but director Taika Waititi and star Chris Hemsworth have teased that there might be more going on with Thor 4 than audiences may be expecting. In an interview with Fandango, the Australian actor stressed that the movie showcases various types of love, in between couples, friends, and in terms of just general outlook on life. As Hemsworth put it:

“You know, there is love in this film. Across the board. Everyone has a little awakening and one way or another, some shape or form and a universal love… and love for oneself want love for friends.”

Waititi, meanwhile, was closer-lipped, but he similarly hinted that fans can make their own assumptions about the story from its title, but they will more than likely be wrong. “You can assume some things from the title,” he said. “But also don’t assume.”

This isn’t the first time the New Zealand filmmaker has indicated that the Love referenced in title doesn’t necessarily mean Thor and Jane are getting back together. That’s good news for those fans who are already obsessed by the dynamic duo of Jane and Valkyrie (Tessa Thompson). The pair had such chemistry together in that one brief scene of them from the trailers that some are keeping their fingers crossed that Jane could even become the King of New Asgard’s queen.

But is that what Waititi is trying not to spoil? That would be a huge leap for the MCU, which only just introduced its first openly gay couple in last fall’s Eternals. We probably shouldn’t get our hopes up too high, but it certainly sounds like Thor: Love and Thunder will surprise us when it blasts into theaters in just a few weeks’ time on July 8.