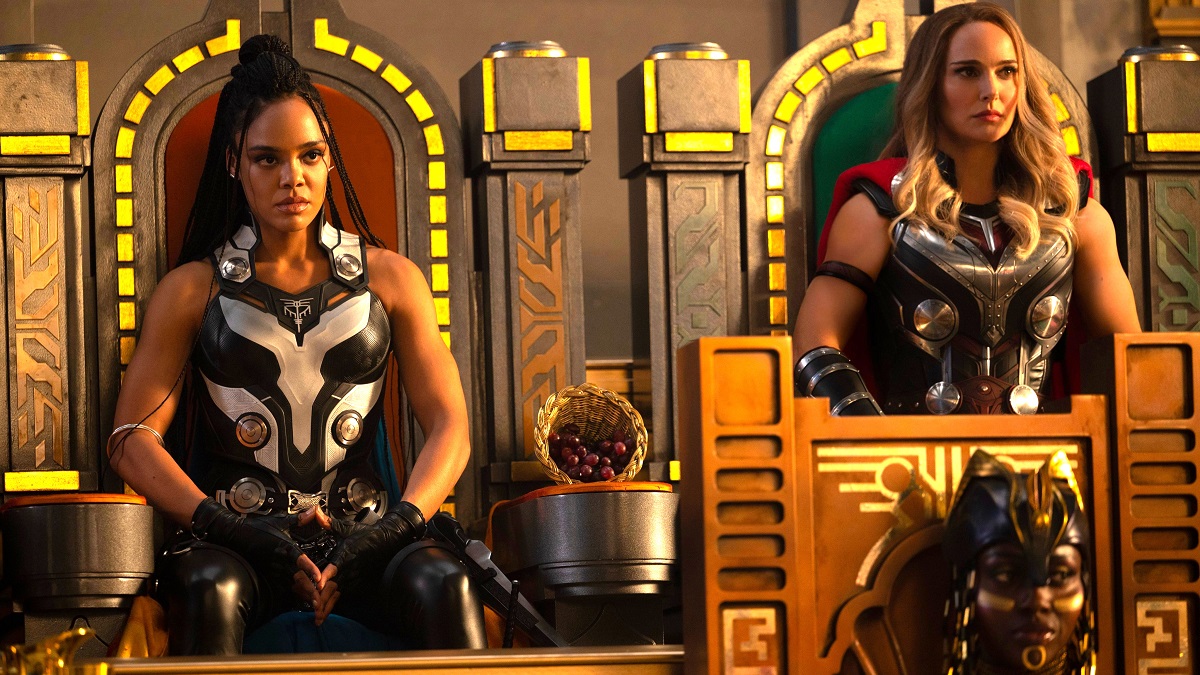 It would be an understatement to say that the first full-length trailer for Thor: Love and Thunder has generated plenty of talking points, but one of the most popular discussions in the aftermath of the footage didn’t feature Chris Hemsworth’s title hero at all.

Instead, fans were sent into raptures by the contributions of Natalie Portman’s Jane Foster and Tessa Thompson’s Valkyrie, both of whom have wildly different but equally important roles to play in the story. The former is returning to the Marvel Cinematic Universe for the first time in nearly a decade, with the Odinson’s freshly-swole former love wielding Mjolnir and looking every inch the badass.

As for Valkyrie, she seems somewhat disillusioned with her current role as King of New Asgard, which is understandable when the initial Love and Thunder teaser revealed her kingdom had been transformed into a tourist trap. The latest promo showed the pair dropping one-liners and kicking ass, and it was more than enough to increase the hype for the double-act’s contributions to the movie even further.

While Thor will have his hands full staving off the threat of Christian Bale’ Gorr the God Butcher, he’s got plenty of allies willing to lend him an assist. That of course includes the aforementioned Mighty Thor and Valkyrie, along with Taika Waititi’s Korg, Russell Crowe’s Zeus, possibly Jeff Goldblum’s Grandmaster, and even more.

In short; Love and Thunder is stacked, and the next few weeks are going to be excruciating as we wait for the fourth entry in the Asgardian saga to hit the big screen.