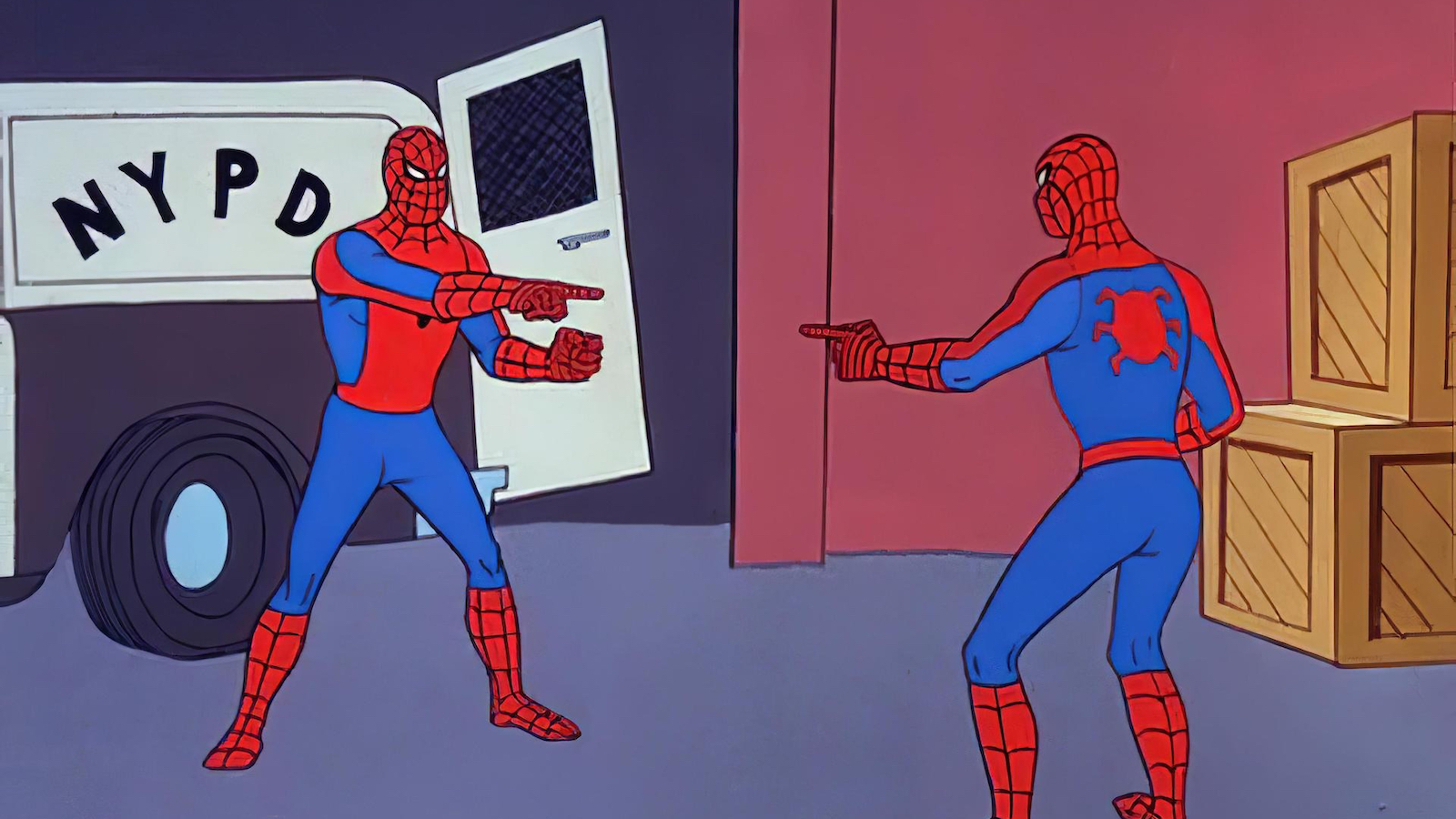 As Spider-Man: No Way Home continues to shatter prior world records and absolutely rake at the box office, the Marvel Cinematic Universe epic blockbuster also brought an internet meme to life on the big screen.

While speaking with Deadline, Tom Holland, featuring Tobey Maguire and Andrew Garfield, revealed that Garfield came up with the idea to include the Spider-Man pointing meme in the superhero film. In the interview, Holland described working with Maguire and Garfield as a “playful” process that brought him an immense amount of joy.

It was so collaborative. From [Garfield] cracking Tobey’s back to [him] coming up with the idea of pointing at us, it was all stuff that we came up with on the day. It was just a lot of fun to be able to play with three guys in Spider-Man suits…Sharing it with these boys will be forever one of the most special experiences of my career.

The meme in question refers to a particular screenshot from the ‘60s animated Spider-Man series, in the episode “Double Identity,” which displays a villain attempting to imitate the actual Spider-Man. Since gaining traction on the internet around 2011, the meme has been constantly recreated and reimagined to portray a similar situation, whether it be between fictional characters, politicians, world leaders, or actors.

Prior to the Deadline interview, Garfield discussed how the improvised scene came to fruition with the Happy Sad Confused podcast.

Oh, so we were trying to figure out the pointing thing, like how we were going to do the pointing meme in a way — it took us a while — it kind of happened naturally on that scaffolding scene with Peter 1, Peter 2, Peter 3, like all that.

That’s the best thing about memes, after all, they never die.