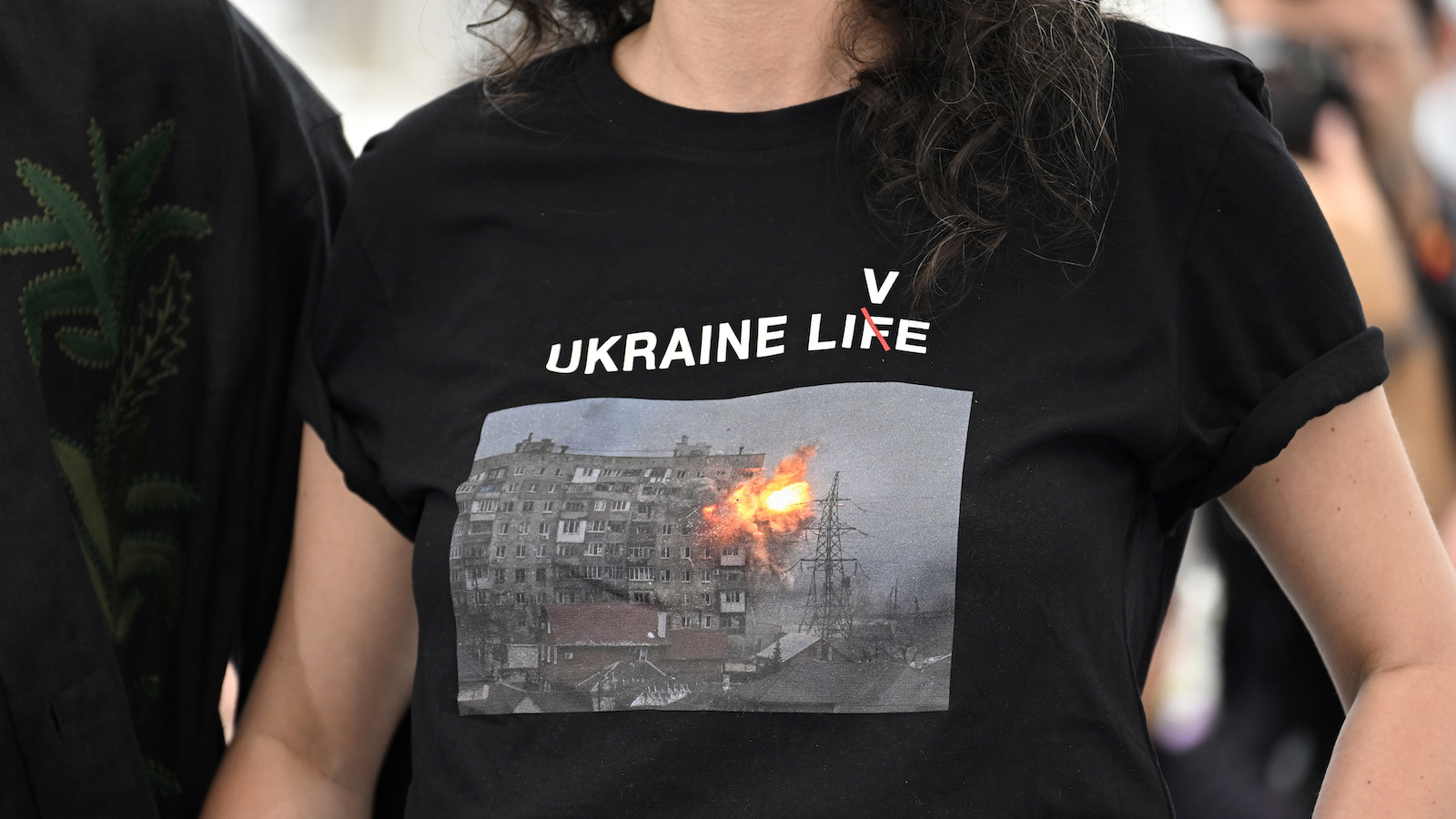 Ukrainian filmmakers behind Butterfly Vision protested the ongoing Russian invasion of Ukraine on the red carpet of the 2022 Cannes Film Festival.

The film’s director Maksym Nakonechnyi appeared at the event with his colleagues wearing shirts with slogans about the invasion, including an image of an explosion with the phrase “UKRAINE LIFE” written above it.

They then later congregated on the steps of the red carpet outside the Palais, where they brought out a banner that says “Russians Kill Ukrainians. Do you find it offensive and disturbing to talk about this genocide?” Alongside the banner, they also held translucent cards with the ‘sensitive content’ text and logo, blurring out their faces.

The protest was made due to what they believe is censorship on social media and the realities of invasion are being censored or hidden online.

This isn’t the only protest that occurred during the film festival. Just a few days ago, protesters appeared on the red carpet with calls to end femicide, and exiled Russian film director Kirill Serebrennikov spoke against the Russian invasion of Ukraine. Additionally, it was shared by Hollywood Reporter that a topless protester appeared during a red carpet event for Three Thousand Years of Longing, wearing body paint that says “stop raping us”.

Butterfly Vision is a film about a Ukrainian soldier returning home from the front lines, who discovers that she is pregnant after being raped by her warden. The film talks about trauma and about how the woman faces a society that is not ready to accept either of them.