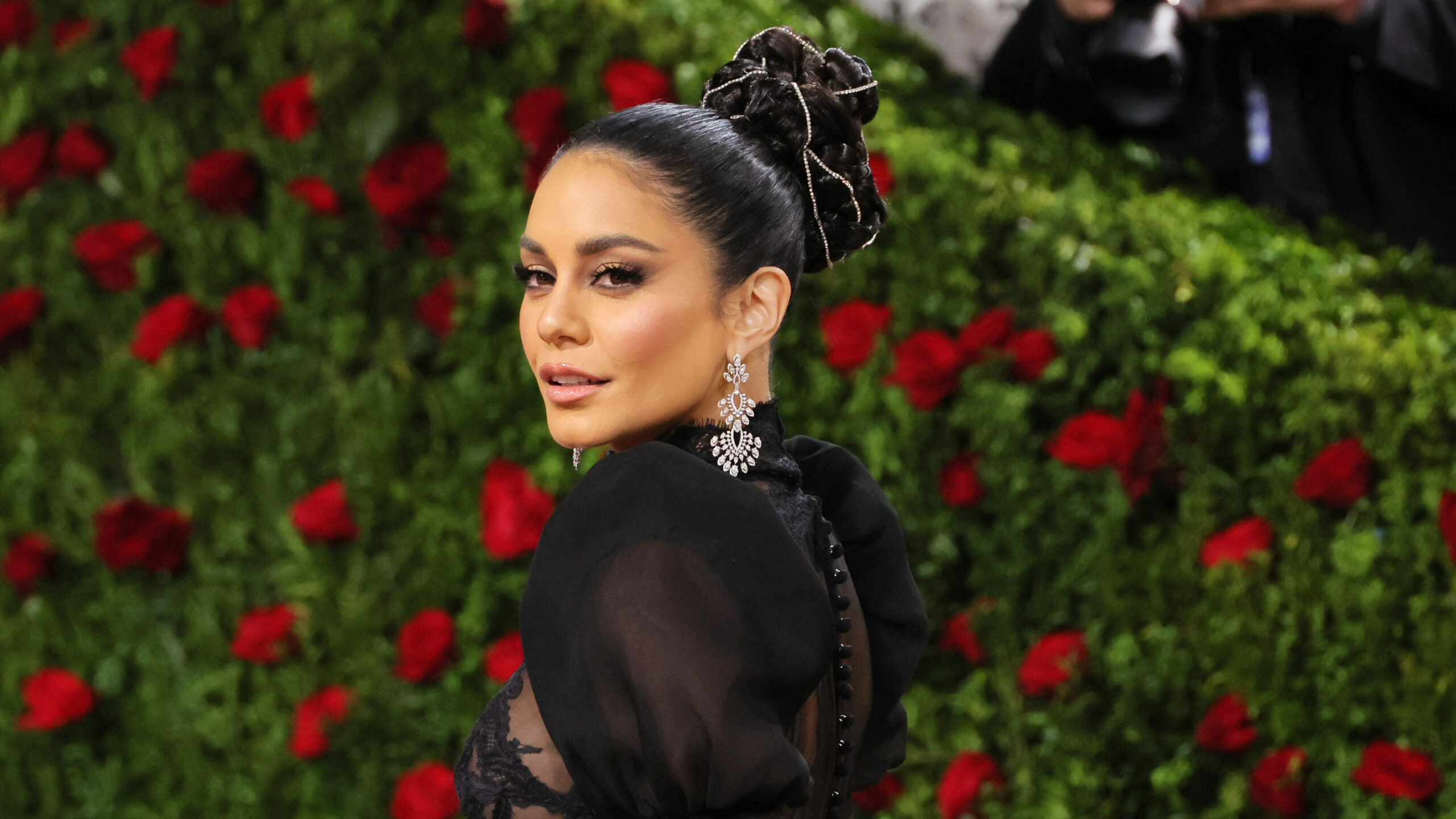 Keeping up with the theme of the Met Gala, Vanessa Hudgens’ arrival at the 2022 fundraiser is an absolute work of art.

Hudgens took the red carpet in a sheer black Moschino number with a black lace train trailing behind her. With winged liner, a light pink color on her lips with a tint to match her cheekbones, and just enough sparkle to accent the look — she stole the show and the hearts of fans on social media.

It’s a little early to make predictions, but we have a feeling this will be one of the most talked-about looks of the event tonight — and with good reason. Hudgens owns the carpet or the stage at any event she attends. She’s got an eye for fashion, a love for all things spooky, and a way of bringing those things together to create iconic and timeless beauty.

She also never takes herself too seriously. She was caught flashing a peace sign and a sweet smile to photographers before striking a pose again as she began walking the stairs. Hudgens is gorgeous, there is no getting around it, and she knows how to work an event.

Hudgens arrived at the event early, and fans say it’s a smart move.

She understood the assignment.

Some fans are left speechless by her look.

Hudgens doesn’t miss the mark, we’re not sure what’s she’s trying to conjure here, but she succeeded.

It’s not just the gala she donned a stunning dress for; Hudgens’ pre-event beauty was just as striking.

We’re keeping you updated with all things Met Gala tonight, so stick around.