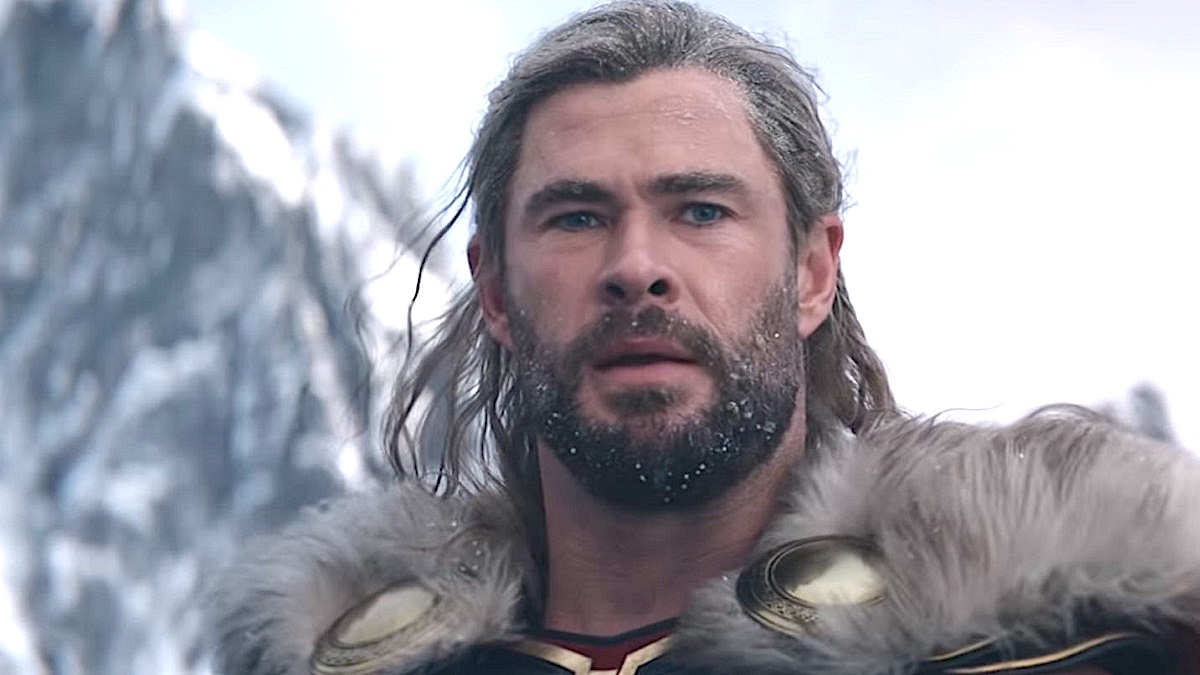 Now that we’ve all had a chance to see Doctor Strange in the Multiverse of Madness over the past few weeks, Marvel is officially pivoting its promotional machine to the next MCU movie to hit screens — Thor: Love and Thunder, which is dropping in a little over a month’s time. Following the film’s first teaser landing in April, we’ve now had it confirmed that the next trailer is due at the beginning of next week.

Specifically, we can expect the trail to drop on Monday night, during Game 4 of the NBA Eastern Conference Finals, The happy news was revealed in a new promo by Chris Hemsworth (Thor), Tessa Thompson (Valkyrie), and Taika Waititi (writer/director and the voice of Korg) — with a special appearance by NBA star Kevin Love… for obvious reasons. Check out the announcement video via the tweet below:

The teaser trailer managed to squeeze a lot into its 90-second length, including glimpses of Jane Foster’s (Natalie Portman) transformation into The Mighty Thor and the return of the Guardians of the Galaxy. Still, there are some things we’re counting on this next trailer to deliver. Chief among them is our first look at Christian Bale as Gorr the God Butcher, the film’s main villain. Merch has given us a clue at how the former Batman star will look as the character, but we’ve yet to see him in action.

Similarly, the teaser held back on showing Thor and Jane actually interacting, so hopefully we’ll get a taste of how the Asgardian reacts to his ex and his ex-weapon, Mjolnir, getting together since the last time he saw them both. Plus, a hint at Valkyrie’s mysterious new queen — and whether that could be Jane herself — would be good, too.

The hype is becoming more and more real for Thor: Love and Thunder, which blasts into theaters on July 8.