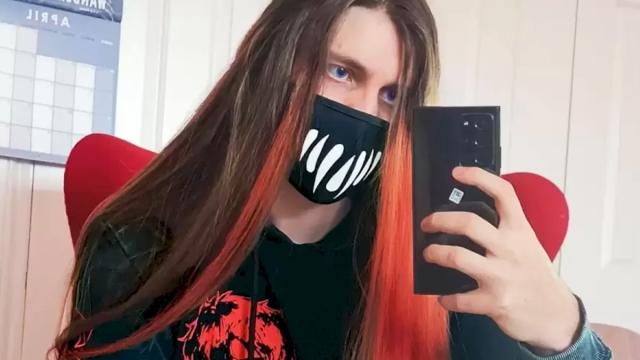 British YouTube legend Boyinaband, an English musician, songwriter, rapper and YouTuber well-known for his song “Don’t Stay in School”, has recently been placed at the receiving end of serious accusations. The YouTuber, who was born David Brown was accused of physical abuse, mental abuse, grooming and paedophilia. Brown became a part of the music industry in 2007 and was also a part of the band You and What Army.

He began his solo career in the 2010s when he dropped his first debut album Djenstep as a solo artist. However, he was catapulted into the world of fame and recognition with his 2015 single “Don’t Stay in School” where he rapped about various social justice systems such as gay rights and gender equality but the album attracted innumerable controversies due to its take on the current education system that endorses forced learning.

He also went on to release two studio albums and several albums in his career as a solo artist and also worked with well-known names such as Roomie, TheOdd1sOut, Jaiden Animations and PewDiePie, to name a few. Despite a promising career and a renowned position as a YouTube legend, the allegations made against Boyinaband call for a thorough discussion of what and how of the matter. Let’s delve into it.

What is happening with Boyinaband?

The question arose after Boyinaband was not seen making any videos on his YouTube channel since Dec. 23, 2019. The sudden, unexpected disappearance made his fans curious about his whereabouts.

Meanwhile, a report from YouTuber Teacher Eddie suggested that Brown did not share the warmest of relationships with his former girlfriends and it so happened that a month before his disappearance, a few of his ex-girlfriends released tape recordings that hinted at his past abusive behavior towards them.

He was seriously accused of hebephilia and sexual deviance towards children below 15 years of age. This allegation was brought by Reddit user astekas_ whose post vividly describes his sexual mistreatment of female children as young as 15 years of age. A letter has been posted that stated,

The letter was reportedly sent to Brown’s family by five females as an attempt to put a halt to his aggressive behavior. Later on, more women joined in and the total number rounded up to a comfortable double-digit.

The allegations have resulted in biting criticisms that have been launched at him on every online platform. Reddit users, in particular, did not have the kindest words to say on the subject. There have been multiple negative reactions against Boyinaband severely condemning him for his actions. A glimpse of a few comments on Reddit would enable in grasping the consequences of the weight of the accusations. For example, one of the users JayManty said,

“Same, I never liked him, something about him was extremely off and creepy. Gut instincts strike again. I hope people apologize for doing collabs with him”.

Others like CompleteRetard69 shared their instinctive dislike for the rapper by saying, “There are some people that just have something off about them that you can’t put your finger on”.

“My theory is that being a youtuber automatically gives you access to a younger crowd. Kids are all over YouTube and getting popular making certain content will almost guarantee that you’ll have kids/teens as your fans. So it’s not that youtubers keep being outed as pedos, it’s that pedos keep becoming youtubers bc they know that it’ll give them the chance to easily communicate with and influence children”.

Others like mizziemichie wrote along similar lines that stated,

“I think it’s parasocial relationships. Something about YouTubers/twitch streamers are like a level of obtainable unlike Harry Styles. So it causes power tripping and an imbalance in fan-relationship and it’s wayyyy easier to tear down the 4th wall. They also get caught up in their own egos of low level fame and it gives them easy access to fans with low self esteem.

I remember when Ryan Haywood from Achievement Hunter was outed as a pedo. ProJared sharing nudes with his fans. Cryoatic in general. Onision and Kai being groomers. YouTube/twitch unfortunately has given creeps a lot of access to victims if they know how to play their cards right and target the right audience”.

As the bombardment of allegations and criticisms continues, Boyinaband has continued to maintain his distance from the internet and has not addressed the accusations leveled against him.