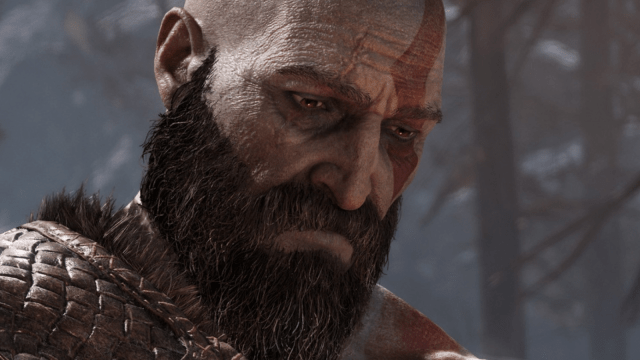 Now that God of War Ragnarök has been out in the wild for a couple of weeks, the most devout Kratos fans among us have likely already seen the credits roll on the masterful PlayStation title and have come to speculate about what could be next for the Ghost of Sparta.

It’s been known for some time that God of War Ragnarök would close the book on Kratos’ journey throughout the Nine Realms, which had many of us presume that the warrior we’ve come to know for over a decade and a half may meet his demise at the game’s conclusion, thus handing the baton off to his son Atreus.

We warned you above, but we’ll warn you once more – we’re diving deep into spoiler territory, so if you haven’t witnessed Ragnarök for yourself, then for Midgard’s sake, turn away and come back later.

Kratos and Atreus managed to define their own fate. While Ragnarök went down almost as prophesied and Odin met his demise, Kratos did not – and has since gone on to part ways with his son, deeming the young warrior ready to venture out into the world on his own.

Atreus has gone on his own journey to discover the fate of the remaining Giants scattered across the Nine Realms, while Kratos goes about his business cleaning up after the fallout of Ragnarök alongside Mimir and Freya, ultimately set to leave the Nordic world a better place than he found it.

This is a far cry from the resolution of Kratos’ original arc in Greece, leaving the smoldering remains of Olympus and its surroundings in flames in his wake. They’re effectively two sides of the same coin. While Kratos did his fair share of God slaying in the Nine Realms, ultimately it ended up being in pursuit of the greater good, rather than for the sake of blind vengeance, as he had done previously.

If the Giant’s prophecy is to be believed, Kratos will eventually come to be revered and worshiped by the mortals of the world, a fact which moved both Kratos and ourselves to tears at the conclusion of God of War Ragnarök.

This leaves Kratos’ future from a narrative perspective in a murky state. In our perspective, there are ultimately two branches down which the tale of the God of War could continue.

There’s a fact that needs to be faced – mortality has been a recurring theme over the course of the God of War franchise, and it is something that not even the most powerful of Gods are immune from. Whether it be at the hands of an enemy or from old age, Kratos will need to perish eventually.

This is why the most plausible scenario we’re envisioning for God of War going forward is an Old Man Logan-esque arc for Kratos, in which, out of obligation to the studio’s declaration of Ragnarök being the end of the Nordic Saga, needs to be in a new region of the world. Egypt and the various Gods presiding over that part of the world may be an option, if not a little too close from a visual standpoint to Greece, but could work for bringing Kratos’ life full circle.

Another option for potential allies or adversaries could be Mayan, Aztec, or Indian Gods – thankfully there’s more than enough mythology, religion, and folklore from around the world for Sony Santa Monica to draw upon.

Effectively, we see Kratos having one last arc during which he butts heads with some Gods, all the while putting his inner demons to rest once and for all, and eventually leaving the mortal coil. Atreus could perhaps pop up somewhere along the way to aid or assist him in some capacity, but God of War has always been Kratos-centric. Speaking of Atreus, that’s another perspective from which we could see future entries in God of War.

Loki’s pursuit of his father

It’s not out of the question for an Atreus-centric game to crop up in the future, given that we spent a hefty chunk of God of War Ragnarök in the young warrior’s shoes.

Loki’s pursuit of the Giants could lead him out of the Nine Realms and into one of the aforementioned areas of mythology, which could make for a pretty exciting adventure in its own right.

The issue that we take with such a tack is that, at the end of the day, Loki is not the titular God of War. While he is his offspring, it just wouldn’t feel like a God of War game without Kratos involved in some capacity.

Perhaps, in the gap between Ragnarök and whatever the next title ends up being, Atreus either succeeds or fails in his quest to find the Giants, but returns home to Midgard to find that his father has disappeared, and goes off on a journey to reunite with him.

In any case, God of War Ragnarök’s conclusion was open-ended enough for Santa Monica Studio to take it in just about any direction they want, and given they hit the nail on the head with the Nine Realms arc, we can’t wait to see where they take the series next.