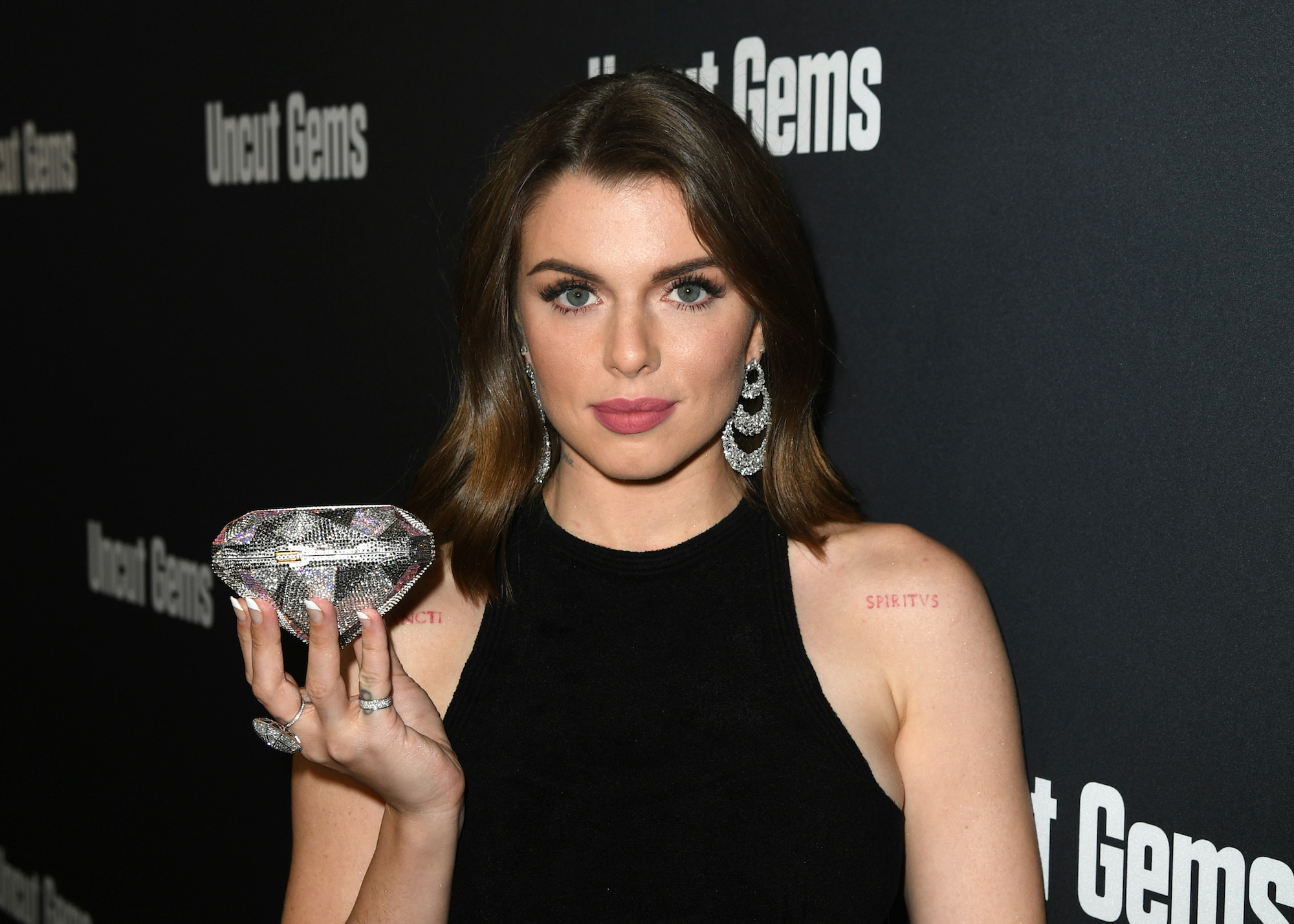 Julia Fox, well known for her breakthrough role in 2019’s Uncut Gems alongside Adam Sandler, is currently making headlines after reports that the actress is dating Kanye West. The pair were first spotted on a date in New York City on Jan. 4. Following news of the pair’s rendezvous, a source allegedly close to Fox and West told Page Six that the duo might be more than friends.

West, who is undergoing divorce proceedings with former partner Kim Kardashian, has been linked to numerous women, including Instagram model Vinetria.

1. The actress is a first-time mom.

Fox welcomed her son Valentino Artemiev with her pilot husband, Peter Artemiev in January 2021 and shared the news by uploading an impromptu nude photo shoot. In the Instagram post, the star disclosed that the shoot was put together hurriedly because doctors informed her that she would be giving birth early due to unidentified health complications.

According to media reports, Fox is still legally married to Artemiev. The couple, who tied the knot in 2018, appeared to be having relationship problems as of late. Last month, in a series of now-deleted Instagram stories, Fox accused Artemiev of being a “dead beat dad” and an “alcoholic drug addict.”

She said, “This man left me with a 5-month-old and a dog and a home and ALL THE BILLS. It’s wrong!!! It’s not fair.” Since then, Artemiev released a statement responding to those claims. The statement reads, “I was saddened to learn of the utterly false statements made on social media by Julia Fox, my co-parent, who is clearly struggling. Out of respect for her privacy and to protect our child, I will not comment further.”

3. The star doesn’t care about fame.

Although Fox became a household name for portraying Adam Sandler’s love interest Julia De Fiore in Uncut Gems, the actress opened up about her experience with the fame that came with the film’s success.

She told Interview Magazine, “I already had people that would come up to me on the street. I had that experience for many years. I think that’s what prepared me for when it became really big, and I can tell you, I’m so unfazed by it. It’s why timing in life is so important. If I had gotten that level of fame at 20 or 21, I don’t think I’d be alive today. It happened at such a time where I’m so comfortable with myself. I’ve never looked around and thought, ‘Oh my god, celebrities.’ I’m never starstruck. At least very rarely. When I saw Jerry Springer at Cipriani I f—ing almost died.”

The actress was reportedly born in Italy and moved to New York when she was six years old.

5. The actress is in the process of writing a book.

Fox revealed in May 2020 that she was writing a memoir during quarantine.

As of yet, no additional details regarding the book and Fox’s relationship status with West have been released.