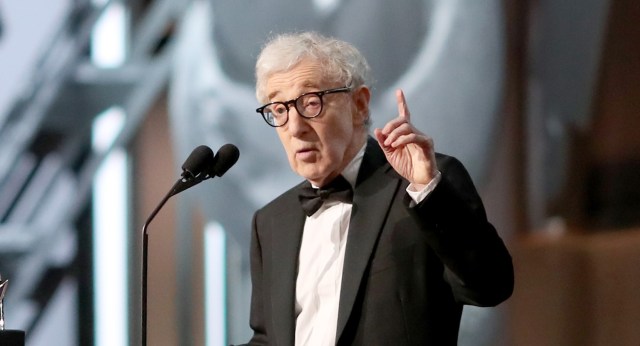 The recent announcement stating Woody Allen planned to retire after the release of his next film, Wasp 22, as well as his intention to write a novel, is seemingly a misunderstanding. In a statement, a representative for the 86 year old director said:

“Woody Allen never said he was retiring, nor did he say he was writing another novel. He said he was thinking about not making films as making films that go straight or very quickly to streaming platforms is not so enjoyable for him, as he is a great lover of the cinema experience. Currently, he has no intention of retiring and is very excited to be in Paris shooting his new movie, which will be the 50th.”

The confusion stems from an interview Allen did with the Spanish magazine La Vanguardia in which he said, “My idea, in principle, is not to make more movies and focus on writing.”

Allen is currently promoting his most recent film, Wasp 22, described as a “poisonous romantic thriller” than he compares to 2005’s Match Point. After the #MeToo movement and the HBO docuseries Allen v. Farrow, allegations resurfaced that the director molested his daughter Dylan, and Allen has been all but blacklisted from Hollywood. Amazon shelved his film A Rainy Day in New York, and the publishing house Hachette cancelled the publication of his memoir, Apropos of Nothing.

This is why the director has returned to Europe with his previous film Rifikin’s Festival, and why Wasp 22 will be shot in Paris with an all-French cast.