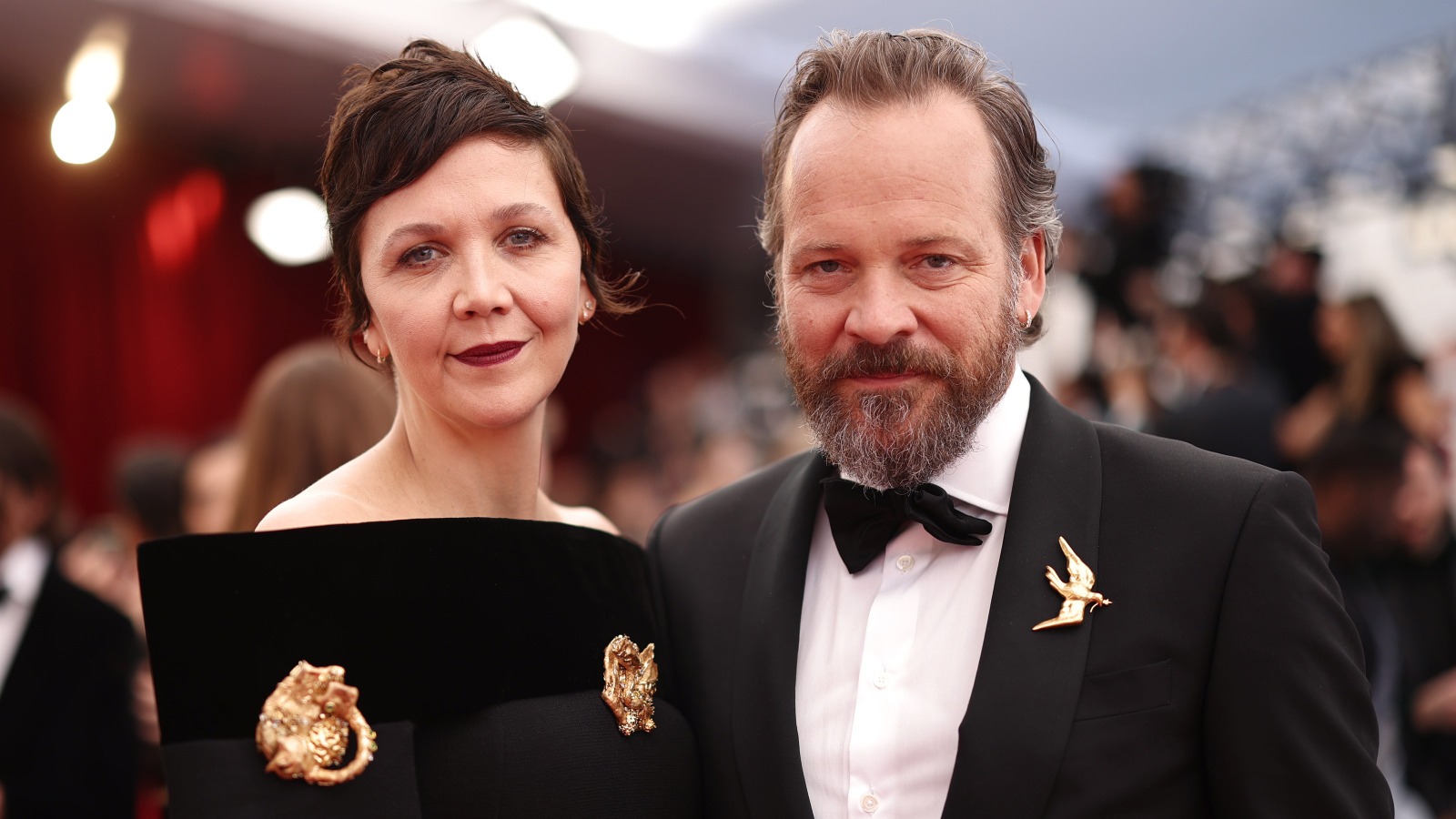 On Sunday, March 27, the 94th Academy Awards were broadcast worldwide for countries all around the globe to tune in. As always, legendary celebrities took to the red carpet to dazzle and amaze with their show-stopping looks. At the 2022 Oscars, science-fiction adventure Dune swept the board with six Oscars and musical drama CODA stunned the masses by swiping Best Picture from odds-on favorites Dune and The Power of the Dog. Besides the awards themselves, the 2022 Oscars turned out to be an eventful evening. Will Smith slapped Chris Rock, Hannibal star Anthony Hopkins danced the night away at the post-Oscars party, and Jamie Lee Curtis promoted animal adoption to honor the late Betty White.

As with every Oscars, there were some hits and misses with attire. Celebrities strutted their stuff in flowing gowns, dapper tuxedos and — in Kristen Stewart’s case —some ill-chosen short-shorts. Some celebrities completely stole the show; Elliot Page turned heads, looking debonair and handsome in his Gucci tuxedo, Zendaya stunned in a flattering Valentino get-up, and Jessica Chastain looked radiant as a real-life Disney princess. However, every show-stopping outfit has its cringe-worthy counterpart. Here are the worst-dressed celebrities from the 2022 Oscars.

As previously mentioned, Kristen Stewart made the bold choice to sport Chanel short-shorts, complemented by a button-down blouse and a sleek blazer. Not exactly the most appropriate ensemble for a professional awards ceremony, but Stewart has always been something of a rebel. On the contrary, Stewart’s hair and makeup look exquisite, which leaves much to be desired from the decidedly presumptuous outfit. Kristen Stewart was nominated for an Academy Award for Best Actress, highlighting her stand-out performance as Diana, Princess of Wales, in Pablo Larraín’s psychological drama Spencer. Unfortunately, Stewart lost to fellow competitor Jessica Chastain.

Julianne Hough’s choice of attire may not look particularly bad, but compared to her fellow nominees, Hough struggled to produce the wow factor and lacked the designer chic that blows onlookers away. She chose to keep it simple, sporting a yellow off-the-shoulder gown accessorized with a Bouquet Strass Buckle Mini Clutch from Roger Vivier. Overall, Hough looks plainly elegant — straining “plainly” as the adverb — and nothing more can be appreciated. In 2015, the Footloose star won a Primetime Emmy Award for Outstanding Choreography for routines performed on Dancing with the Stars — an accolade shared with Derek Hough & Tessandra Chavez.

Batman & Robin star Uma Thurman wore a yin-yang effect ensemble that paired a silk, white button-up shirt and a long black silk skirt by Bottega Veneta. Thurman earns redemption points for paying homage to her Pulp Fiction character Mia Wallace, who sported the same white shirt and black pant combo. Her biggest downfall is simplicity; the Oscars are an excuse to go all-out, but Thurman faded into the background, overshadowed by bigger and better looks. When presenting the Best Actor award, she was joined by her Pulp Fiction co-stars John Travolta and Samuel L. Jackson; Thurman and Travolta recreated their famous twist contest scene from Quentin Tarantino’s 1994 crime drama.

It feels plain wrong to see Zoë Kravitz make the worst-dressed list, but she does. Kravitz recently took on the mantle of Batman anti-hero Catwoman in Matt Reeves’ The Batman opposite Robert Pattinson as the titular hero. It seems glaringly obvious that Kravitz played it safe, choosing to wear a pink strapless dress adorned with a crooked bow courtesy of Saint Laurent by Anthony Vaccarello and accompanied by a diamond necklace and earrings by Kwiat. Her dainty pastel pink shows a drastic shift from Catwoman’s signature sleek, black leather bodysuit, but it feels less inventive and daring than previous styles that Kravitz has become known for. Although she wasn’t nominated for any Academy Awards in 2022, viewers can expect The Batman to be sweeping the board at the 95th Annual Academy Awards.

Perhaps the worst dressed of all (Sorry, Maggie), Jake Gyllenhaal’s sister Maggie Gyllenhaal became the first internet meme from the 2022 Oscars (prior to the Will Smith slaps Chris Rock debacle, obviously). Gyllenhaal donned a Schiaparelli Haute Couture black column gown — adorned with linear, statement gold accents across the front of the dress and a scoop, off-the-shoulder neckline. As conventionally glamorous as it may be, the internet ruthlessly compared Maggie to “Minecraft Steve” and poked fun at the unusual, ill-fitting and downright boxy design. Maggie Gyllenhaal was nominated for Best Adapted Screenplay for her film The Lost Daughter, but ultimately lost to CODA‘s Sian Heder.

Speaking of Maggie Gyllenhaal, who made her directorial debut for The Lost Daughter, she was joined by Irish actress Jessie Buckley as the younger version of Olivia Coleman’s character Leda Caruso. Buckley stormed the red carpet in a pink Erdem gown with a plunging neckline and a cathedral train but chose to lose the jewelry and keep it minimalistic. Honestly, that decision was in poor taste, especially as Buckley’s collarbone appears notably bare — as do her wrists — and the muted pink color looks bland and graceless. Jessie Buckley was nominated for Best Supporting Actress, but went home empty-handed after losing to West Side Story‘s Ariana DeBose.

Rita Moreno knows how to make a statement. The Puerto Rican-born actress wore a sleek black Carolina Herrera gown with dramatic, sculptural sleeves, finishing the look with crystal-embellished black flats, a pair of silver Verdura earrings and a feathered headpiece. Unfortunately, rather than standing out as stylishly unique, Moreno’s outfit looks…strange, to say the least. Nevertheless, she looks gorgeous and youthful with simple, elegant makeup and a knockout figure for a 90-year-old. Rita Moreno attended the 2022 Oscars to support her West Side Story co-star Ariana DeBose on her Best Supporting Actress nomination. Naturally, Moreno was overjoyed when DeBose floored the competition and took home the Oscar.

Considering Bombshell star Nicole Kidman’s previous Oscar looks, the 2022 edition was a serious downgrade. Kidman chose a strapless silk dress featuring a deep-V neckline and bedazzled train. She paired the gown with Harry Winston jewelry — including an Eagle Yellow Diamond Necklace from the New York Collection. This outfit wasn’t that unbearable, but it would be so much better if not for the puffed midriff that completely destroys Kidman’s waistline and distracts from the finer details. It looks — in a word — messy, which is a real shame. Kidman was nominated for Best Actress for her role in Being the Ricardos, competing against Jessica Chastain, Olivia Colman, Penélope Cruz, and Kristen Stewart. In the end, The Eyes of Tammy Faye star Jessica Chastain won the gold.

Amy Schumer was joined by co-hosts Wanda Sykes and Regina Hall, giving the 94th Academy Awards not one, but three comedian hosts after having no host at all for three consecutive years. Another minimalist outfit, Schumer entered the 2022 Oscars wearing a navy and black velvet bow gown with shattered crystal embroidery by Oscar de la Renta. Tragically, another “meh” look, especially when compared to the likes of Regina Hall and Wanda Sykes who consistently floored audiences with every costume change. When Amy Schumer stood side-by-side with Sykes and Hall to give speeches, she looked extraordinarily ordinary, as if she mistook her Oscars invite for a last-minute night out text.

Oscar presenter and Aladdin star Naomi Scott chose to borrow a longer version of a purple silk duchesse dress enriched by a structured and embroidered cape from the Fendi Spring 2022 Couture collection. Unfortunately, it would have been a more flattering fit had it been the shorter version, which accentuates the legs and looks more polished than an overgrown gown that buries Scott’s petite figure and feels outdated. Scott, joined by Cinderella star Lily James and upcoming The Little Mermaid star Halle Bailey, presented the Oscar for Best Animated Feature Film — given to Disney’s Encanto.

Australian actor and Euphoria star Jacob Elordi attended the 94th Annual Academy Awards to present the Oscar for Best Visual Effects alongside West Side Story star Rachel Zegler. Elordi chose to don a classic tuxedo (like he does at every other awards ceremony), which is perhaps the most predictably dull outfit any male (or female, of course) Oscar attendee could possibly find. Nothing special here, but as long as you tower over six-foot and have reasonably dashing looks, you can get away with tuxedos for every occasion.

Incredulously, news outlets everywhere are raving about Timothée Chalamet going topless at the 94th Annual Academy Awards, claiming, while straight-faced, that he “rewrote the dress code.” Chalamet wore a cropped jacket — overlaid with shiny lace — from Louis Vuitton’s 2022 spring womenswear collection. At least the statement can be called “fashion-forward” and “gender-neutral” — terms that sound nicer and more progressive than saying that Timothée Chalamet almost showed nipple at the Oscars. He was nominated for Best Actor, but lost to Will Smith’s King Richard.

Unsurprisingly, keeping with her signature gothic fashion, alternative pop star Billie Eilish took to the red carpet in a black Gucci gown overflowing with multi-layered ruffles. She usually opts for menswear-inspired suits, but clearly, Eilish fancied an inspired change for the 94th Annual Academy Awards — and rightfully so — considering she walked away with an Oscar. Eilish and her brother Finneas received the award for Best Original Song from the latest James Bond escapade No Time To Die. Unfortunately, the off-putting fact that her Gucci dress resembles an oversized trash bag makes it difficult to focus on the Oscar win.