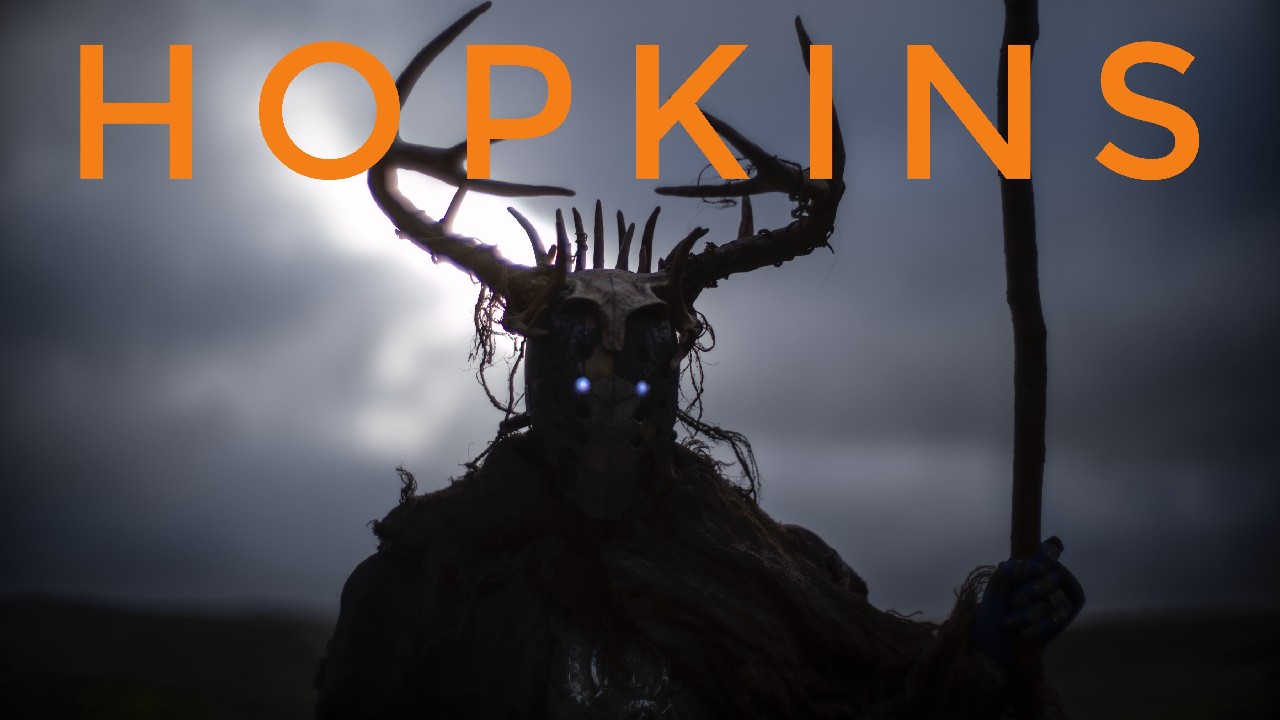 As if two-time Oscar-winner Anthony Hopkins being confirmed to be voicing a sentient battle robot in Zack Snyder’s upcoming Rebel Moon isn’t exciting enough, Snyder himself has now shared what is apparently a first-look image at Hopkins’ character.

In response to a post by Netflix Geeked remarking on the Hopkins casting announcement, Snyder took to Twitter to state, “That’s right!!,” while sharing the image.

The silhouetted figure, anchored by two glowing blue eyes, resembles a kind of space Viking, complete with a giant staff and a horned head set against an overcast sky. Overlayed on top of the image, in all caps: HOPKINS.

The reveal comes one day after another character’s first look was unveiled by Snyder, an as-yet-unnamed alien woman emerging from some fog. Similar to Hopkins’ robot character, the woman also sports impressive horns sprouting from her blue-skinned crown in a look that only mildly resembles a dark-and-gritty revamp of Rita Repulsa from Power Rangers.

Originally, Rebel Moon was pitched as a spinoff film taking place within the Star Wars universe, but that idea was apparently rejected by Lucasfilm. Now, Rebel Moon is expected to have its own shared universe, unfolding in a two-part movie duology initially, on the streaming platform Netflix. Snyder previously created a shared cinematic universe with his zombie epic, last year’s Army of the Dead, which spurred two prequels: the live-action film Army of Thieves, and a forthcoming animated series, Lost Vegas. A sequel film, Planet of the Dead, is also expected to be helmed by Snyder himself in the future.

There hasn’t been any indication that Snyder’s Armyverse and the cinematic universe created in Rebel Moon will be connected. But hey, if the zombies from George A. Romero’s Night of the Living Dead can originate from a radiation-drenched satellite that crashed back down to earth, it seems a connection between the undead and the cosmos has at least a glimmer of possibility. In all fairness though, the zombie origins in Army of the Dead seemed to point to some kind of military chemical weapon leaking from a transport vehicle after a collision, so don’t get your hopes up that it will directly connect to Rebel Moon.

Rebel Moon is currently under production.