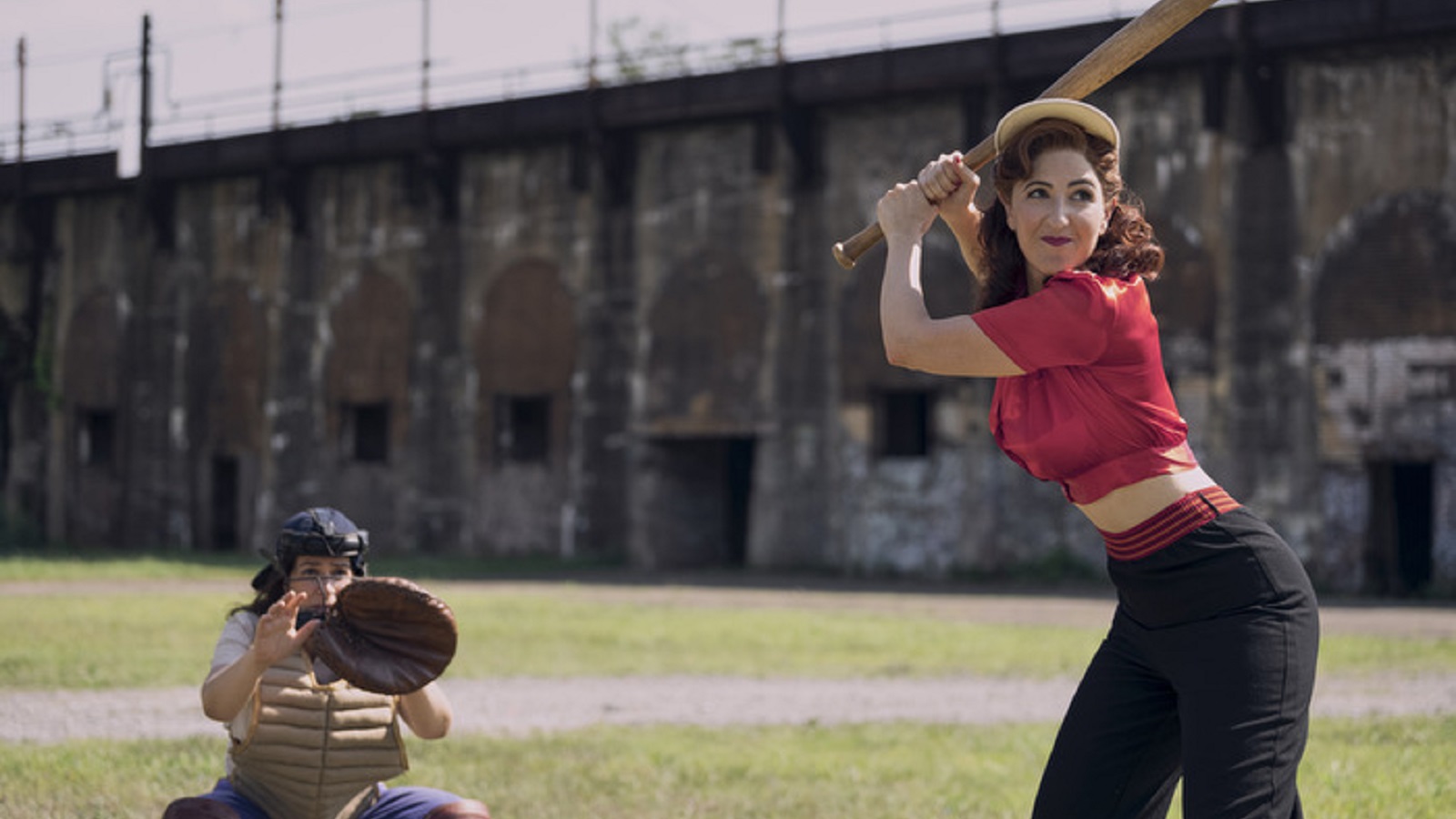 Prime Video's 'A League of Their Own' reboot starts off slow, but it eventually evolves into a worthy companion piece with themes that are just as timely now as they were during the show's 1940s setting.

Penny Marshall’s beloved 1992 sports drama A League of Their Own roped in a star-studded cast to tell the story of an all-female baseball league, with Geena Davis, Lori Petty, Madonna, Tom Hanks, Bill Pullman, and more propelling the rousing tale to $132 million at the box office, and ultimately preservation in the United States National Film Registry by the Library of Congress for being “culturally, historically, or aesthetically significant.”

A year later, it launched a short-lived spinoff series that only aired five of its six episodes before being binned. With that in mind, Prime Video’s plans to bring A League of Their Own to an entirely new generation and modern-day streaming audience faced a tough task to justify its own existence, especially when many people are growing weary of the relentless retreads, reinventions, and fresh coats of paints being slapped onto any property, movie, or slice of IP with even the slightest hint of name recognition.

Plenty of viewers may find their commitment wavering during the first couple of episodes as the various plot threads, characters, and overarching arcs begin to settle into place, but those who stick around through all eight of the installments that drop on Amazon’s platform tomorrow will be rewarded with a worthy exploration of worries, hopes, dreams, and concerns that remain as relevant now as they did back in 1943 when the story unfolds.

As before, star and co-creator Abbi Jacobson’s Carson Shaw heads to Chicago in order to try out for the newly-created women’s baseball league in the throes of World War II. The bulk of the premiere introduces to the sprawling cast, all of whom instantly feel comfortable settling into A League of Their Own‘s groove, even if it takes the show itself a little while longer to get into the swing of things, and settle on what it really wants to be.

There are obviously elements of the standard sports flick setup and underdog story, but there’s also a refreshingly frank look at LGBTQ+ issues and the misogyny inherent in women playing a male-dominated sport that the 1992 feature film couldn’t (or wouldn’t) dig deep enough into. However, it takes plenty of tonal missteps for the series to sing highest, with anachronistic exchanges and gags playing things for laughs, immediately before a scene that attempts to expose social, political, or gender issues with the utmost seriousness. It doesn’t always work, but you can’t fault the ambition in trying.

Even the usually-reliable Nick Offerman finds himself lost in the shuffle, with many members of the outstanding supporting cast flitting in and out of the story irregularly, making it harder to invest in their trials and tribulations as a result. To give a specific example, the excellent Chanté Adams’s Max isn’t even allowed to try out for the women’s league because of the color of her skin, which should be an opportunity to shine a light on the systemic racism that’s nowhere remotely close to being eradicated from society in 2022.

Instead, hard-hitting personal moments are often followed by bizarre subplots that variously finds Max helping her buddy look for a crab all over Chicago, while at the same time attempting to fight the injustices that are preventing her from living her dreams. Sure, nobody familiar with A League of Their Own (or even anyone who’s seen the trailers and promo spots) is going to expect relentlessly straight-faced prestige drama, but there was definitely an easier way to juggle so many disparate shades of storytelling without creating whiplash for the audience.

The main driving force of the season is the dynamic established between Carson and D’Arcy Carden’s magnetic Greta. The former enters the AAGPBL as a disaffected housewife, but the latter stirs up all sorts of feelings that Carson never knew she was capable of experiencing. It’s a well-rounded, appealing journey to get from point A to the inevitable B, but (in one of A League of Their Own‘s most frustrating recurrences), the performances sell it and make it work much better than the scripts do.

Carson and Max’s journeys power the bulk of the narrative, but praise should deservedly be incoming for those who elevate potentially one-note archetypes into engaging figures in the bifurcating tale that acts as the wind-up to A League of Their Own‘s rousing finale, even if inconsistent CGI occasionally takes you right out of the actual baseball scenes, of which there are surprisingly few.

Kelly McCormack’s driven Jess, Molly Ephraim’s always upbeat Maybelle, Kate Berlant’s shy Shirley, Roberta Colindrez’s dry-witted Lupe, Melanie Field’s cocky Jo, and many others make the Rockford Peaches a memorable punch of ragtag baseball players and small screen favorites, but A League of Their Own as a whole would have been much better served had it come flying out of the blocks, as opposed to dragging its heels for the first couple of hours before settling on a winning formula.

As it stands, though, it’s entertaining, well-made, and relatively engaging television that could prove to be a solid late-summer smash hit for Prime Video, and potentially lead to more seasons that use an uneven opener as a jumping-off point to something more consistently substantial.

Review: 'A League of Their Own' starts slow, but eventually justifies its existence

Prime Video's 'A League of Their Own' reboot starts off slow, but it eventually evolves into a worthy companion piece with themes that are just as timely now as they were during the show's 1940s setting.