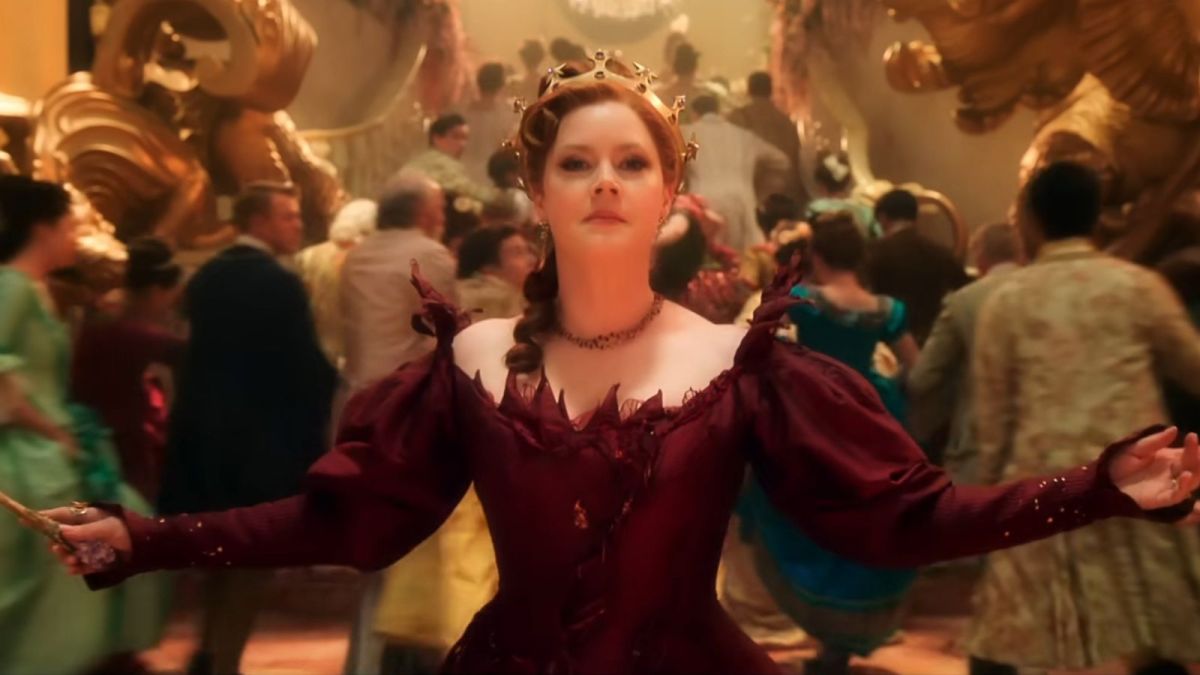 Disney isn’t afraid to ask “what happens after happily ever after?”. The studio has been doing it for more than two decades with other fairytales such as Cinderella, The Little Mermaid, and Frozen, just to name a few. So when Disney announced that it would be releasing Disenchanted, a sequel to the 2007 film Enchanted, some fans wondered if this was necessary, especially since the opener was released 15 years ago. But in the end, it’s here and available to stream on Disney Plus.

Disenchanted is a Disney film about life after happily ever after, and how it’s not as we expected it to be. It starts with Pip the Chipmunk giving a recap of Enchanted to his two children. They asked for more, so he told them the story of Disenchanted, a tale about life after the events of the original.

Giselle (Amy Adams) and Robert (Patrick Dempsey) had a child named Sofia. As time went on, life in New York got more complicated, and her relationship with Morgan (now played by Gabriella Baldacchino) became distant. The solution? Move to Monroeville, a suburb where they could start a new life. Unfortunately, moving to a new town wasn’t going as smoothly as planned, which led to Giselle wishing for a fairytale life. The wish comes true, but at a cost.

Disenchanted has some flaws. What made Enchanted appealing to watch were two things — its character development and how it compared reality with fantasy. Disenchanted fails at utilizing what made its predecessor great, hence why it flopped as a sequel.

First of all, Disenchanted does a good job combining every single known fairytale, including Frozen, and turning it into one cohesive story, taking every stereotype that these tales were known for and using it to tell a great story about a wish gone wrong. Disenchanted also follows the current Disney Princess trend of stirring away from “true love’s kiss” to focus on the bonds we have with our family.

Another thing worth mentioning is that whoever realized Giselle was a stepmother and put two and two together deserves a raise. We rarely see the main protagonist become the antagonist, but it means that the film was no longer about Giselle. It’s about Morgan instead, and how she’s the key to saving everyone.

However, Disenchanted fails to compare reality with fantasy. In Enchanted, we’re taught that the real world is complicated and that life isn’t a fairytale. It used the fish out of water trope and made something worth watching and being emotionally invested in. Disenchanted has the opportunity to share how the fantasy world isn’t as amazing as it seems. But due to everyone falling under a spell, none of them “experienced” the complications of the fairytale life because they’re just living through it like it’s nothing, and forget about it in the end.

The closest thing we had to this was Robert, even if he barely remembers anything. In the film, Robert tried to be a hero. His first attempt was a flop, but he managed to make up for it and use his new skills during the final climax. He then learns that maybe being the town’s savior isn’t for him and decides to hang up the sword. That’s the type of story we should have gotten. That it’s not easy being a fairytale character. That there is work and effort and not everyone can do it compared to the books. This was a missed opportunity that causes the film to feel bland.

In the original, almost everyone had some sort of narrative development, including the side characters. They learned something about themselves, and the people they know and cared about. This was something that was lacking in the sequel,because nobody but Morgan learned anything.

As for the songs, they’re okay. They were catchy, but it felt all the effort was put into Menzel’s performance of “Love Power,” and everyone received the generic Disney performance treatment. “Love Power” was spectacular, and the transition from animation to live-action was amazing, but it’s sad to see all the other songs fail to reach the same level. It’s like listening to the Frozen soundtrack. There were good songs in there, but the one that people will be talking about the most is “Let It Go.”

Disenchanted had potential, but doesn’t hit the points that made Enchanted great. Rather than have a compelling story where we learn how fantasy is also complicated, we get a film that’s entertaining at most, but was the least substantial. There was no emotional gravitas, with focus only on the action, comedy, and build-up. It wasn’t the sequel that we wanted, but it’s there. In the end, it’s just one of those films you could watch if you’re babysitting.

'Disenchanted' shows what life was like after happily ever after, but it doesn't build on themes that made 'Enchanted' great.