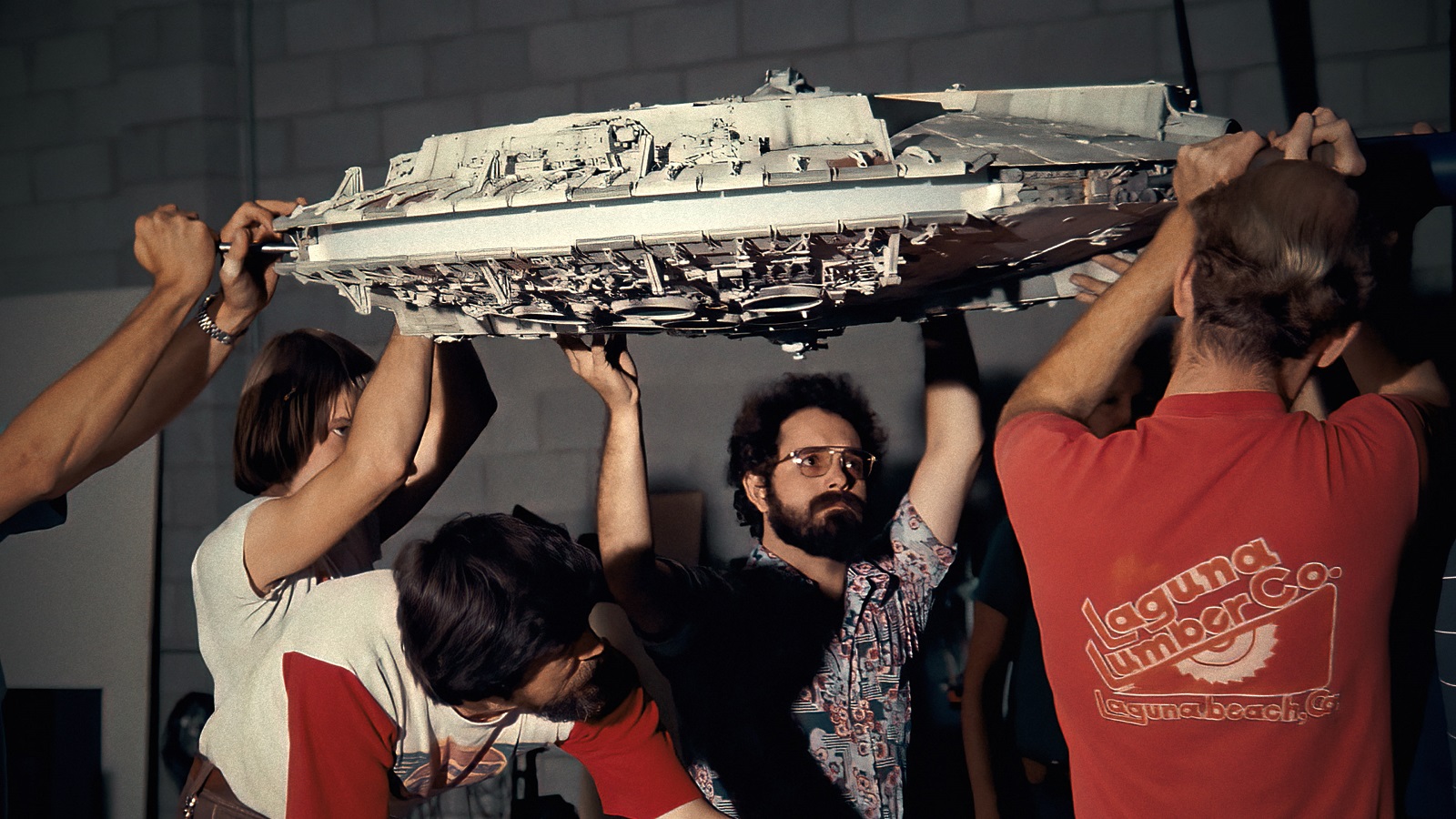 Enlightening, educational and inspiring in equal measure, Light & Magic is everything film fans could want. With reams of unseen footage, industry insider knowledge and slices of sheer ingenuity, this is something everyone should watch at least once.

Light & Magic, which premieres on Disney Plus from July 27, is everything anyone could ever want from a documentary series focusing on ILM (Industrial Light and Magic).

Directed by Lawrence Kasdan, and featuring every luminary in the industry from Dennis Muren through to John Knoll, the enthralling six-part series uses unseen stock footage, numerous talking heads, and on-set snippets from formative blockbusters to tell its story. Not only does it dispel some of the mystique around founder George Lucas, but there’s enough on offer to appeal to more than just film fans.

Over the course of six hours, audiences get a rare glimpse into the filmmaking process, as ILM evolves from being an effects house for Star Wars, into an entity which proves integral to the entire industry moving forward. Raiders of the Lost Ark, E.T. the Extra-Terrestrial, and Close Encounters of the Third Kind are just a few of the projects ILM cut its teeth on – creating technology from the ground up to tackle new challenges as they arose.

People like stop motion supremo Phil Tippet and effects wizard Steve “Spaz” Williams get to weigh in on the story of ILM with admirable candor, drawing on their experiences at the forefront of visual effects whilst it was still in its infancy. Not only waxing lyrical on the pioneering spirit of ILM when it was run from a warehouse, but expanding the dialogue beyond that to include their work on The Abyss, Terminator 2: Judgement Day and Jurassic Park.

What comes through more than anything with Light & Magic is how much fun the multi-time Oscar-winning effects team were having. Not only garnering awards left and right for their groundbreaking innovations, but doing it in such a way that everyone enjoyed coming to work. Whether that meant creating the stop motion dragon for Disney’s Dragonslayer, or conjuring up a life-sized version of Slimer during Ghostbusters. The benefits from working at ILM were self-evident, as it represented the epicenter of creativity for movies at that time.

Beyond the stop motion animation, pioneering camera systems, and increasing roster of A-list clients, ILM also benefited from an affluent benefactor. One who could bankroll advances in editing through heavy investment, and explore computer generated imagery moving forward, which would not only streamline the filmmaking process, but lay the groundwork for something which is now taken for granted by newcomers to the business.

With each new episode, another element to ILM is revealed, exploring and explaining the collaborative process, with essential input from figureheads in the field of visual effects. Film director Joe Johnson, who spent many years working diligently for ILM, speaks fondly of his time there, before opportunity and benevolence put him on another path, which in time would see him steer the first Captain America film into being, as well as carving out a niche in popular culture for his involvement with the original Jumanji.

There are so many nuggets of film trivia buried within this documentary, that it would be a travesty if it becomes just another piece of content, purely because this feels like someone high up in Disney cares enough to go the extra mile, giving audiences the fully immersive experience ILM deserves. Not only offering up a comprehensive education for anyone new to the company, but doing it in such a way that another generation might get inspired.

What audiences need to realize is that moments like the Jurassic Park dinosaurs will happen again, but this time it will be led by James Cameron through his Avatar sequels. As the technology behind those films has been in development since 2009, when the highest-grossing feature in history was released in the wild. The Pandora-set sci-fi blockbusters not only announced James Cameron as an industry unto himself, but proved that visual effects had somewhere else to go when it came to telling stories.

However, before Cameron comes in and railroads audiences into embracing brave new worlds with his humongous Avatar legacy, ILM still holds sway in this arena with its Volume; a purpose-built digital backdrop, which allows a soundstage environment to be instantly adapted to mirror any scenario filmmakers can dream up. Having been embraced by plenty of major studios and franchises, allowing directors to travel anywhere in the world at the touch of a button looks to be the latest game-changing addition to the company’s legacy.

As ILM moves into a new era, Light & Magic represents a touchstone in the life of a effects institution that deserves to be acknowledged. Not only for all the pioneering work they have done, but for everything that comes next.

Enlightening, educational and inspiring in equal measure, Light & Magic is everything film fans could want. With reams of unseen footage, industry insider knowledge and slices of sheer ingenuity, this is something everyone should watch at least once.