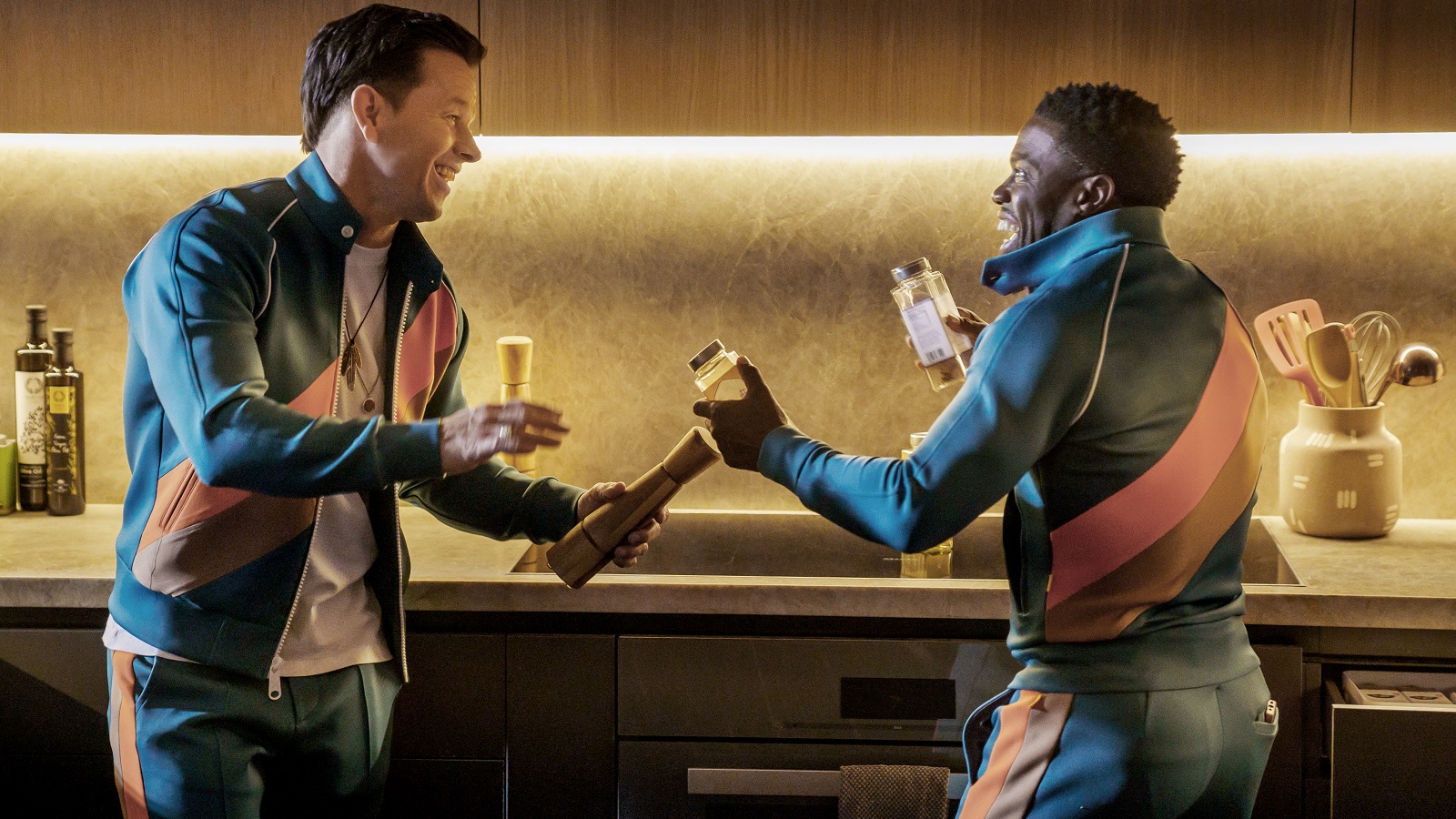 Cr. Saeed Adyani/Netflix © 2022.
Review of: Review: 'Me Time' is another miss from Netflix's commitment to Kevin Hart

'Me Time' has plenty of talent and a potentially interesting hook, but it's quickly drowned in a sea of comic mediocrity.

Having made a huge investment in the actor, producer, and comedian by signing him to a lucrative first-look development deal, Netflix has gone all-in on the Kevin Hart business. However, the crushingly dull comedy Me Time is the latest miss to emerge from the star’s partnership with the streaming service.

Sony acquisition Fatherhood was well-received, and even briefly became one of the platform’s Top 10 most-watched original movies ever, while docuseries Don’t F*ck This Up offered a fascinating behind the scenes look at the personal and professional trials, tribulations, and scandals faced by the actor, but everything else has been a disappointment.

Miniseries True Story was elevated by strong dramatic work from Hart and Wesley Snipes, but it vanished from the collective consciousness almost as soon as it premiered last November, while June’s The Man from Toronto was the most uninspired and derivative form of action comedy. Me Time takes a talented filmmaker and a strong ensemble that should be playing to their strengths, but drowns everything in the unshakeable stench of mediocrity.

Written and directed by Along Came Polly and I Love You, Man‘s John Hamburg, Me Time sees Hart supported by proven comic talents Mark Wahlberg and Regina Hall, but once again Netflix has conspired to deliver a by-the-numbers genre film that appears to have been constructed by the almighty algorithm as opposed to the creative team, with the end result a tonally-jumbled mismash of half-baked asides, slapstick adventures, and far-fetched storyline developments that inevitably circles back around to try and instill some sort of life lesson on the audience by the time the third act resolution arrives.

The plot follows Hart’s stay-at-home dad Sonny Fisher, who took a step back from pursuing his own dreams to allow Hall’s Maya to find success as an architect. It’s admittedly not a setup we see all that often in Hollywood comedy, but any sort of notable social or familial insight is swiftly abandoned in favor of penis and poop gags, because that’s apparently a contractual obligation for any studio-backed project aiming to generate laughs.

Sonny doesn’t mind being at the beck and call of kids 24/7, so he naturally doesn’t know what to do with himself when Maya and the kids head off on vacation to give him some much-needed time to rediscover who he really is. That leads him back into the path of Wahlberg’s childhood best friend Huck Dembo, a manchild that’s approaching middle age with as little grace and dignity as possible, with the old buddies reconnecting on Huck’s 44th birthday bash that takes them into the desert.

Arrested development has always been a staple of comedy, but Me Time doesn’t offer anything that hasn’t been seen before, or done substantially better therein. While there was potential to explore what happens when a lifelong bond between brothers sends each half of the unbreakable bond on a distinctly different path that finds them becoming irreconcilably different people , we’re quickly reminded that we’re not getting that movie.

Instead, Sonny and Huck have encounters with rogue mountain lions, shady loan sharks, bare butts, an extended cameo from Seal, various bodily fluids, more poop gags, a fast-paced encounter with a slow-moving tortoise, and some recreational jealousy-driven vandalism, none of which really lands. It’s admirable for Hamburg to adopt such a scattergun approach to a story that’s essentially about the dichotomy between family, friendship, and self-discovery, but it’s never allowed to resonate when the focus is always on pushing things forward through new and increasingly ridiculous scenarios that only seem to be so outlandish because Netflix provided the budget to make it happen.

It also doesn’t help that as great as Hart and Wahlberg can be when embracing the comedic side of their onscreen arsenal, they have precisely zero chemistry, to the point it’s impossible to buy them as acquaintances, never mind childhood friends. Individually, they stick to the same tried-and-trusted formula we’ve seen them bust out on countless occasions; Hart is the exasperated motormouth dragged out of his shell against his will, with Wahlberg as the cocky bro riddled by insecurities that ultimately come to light. Again, this is nothing new, and Me Time doesn’t even attempt to coat it in fresh paint.

The safest kinds of films are often the most uninteresting, and that’s definitely a sentiment that frustratingly applies to Me Time. You take a proven writer and director that’s been involved in plenty of hits dating back two decades, partner them up with one of the world’s biggest comedians in Hart, have the leading man spar against another A-lister who has a solid track record in the genre through Wahlberg, throw talented comics like Hall and Jimmy O. Yang into the mix to lend support (along with a scene-stealing star turn from Ilia Isorelýs Paulino as an overzealous driver), and in theory you should end up with something that’s at the very least moderately enjoyable.

As it stands, though, Me Time is the latest in a worryingly long line of examples underlining why the “quantity over quality” approach taken by Netflix to its in-house exclusives is in danger of fostering long-term mediocrity on all fronts.

Review: 'Me Time' is another miss from Netflix's commitment to Kevin Hart

'Me Time' has plenty of talent and a potentially interesting hook, but it's quickly drowned in a sea of comic mediocrity.