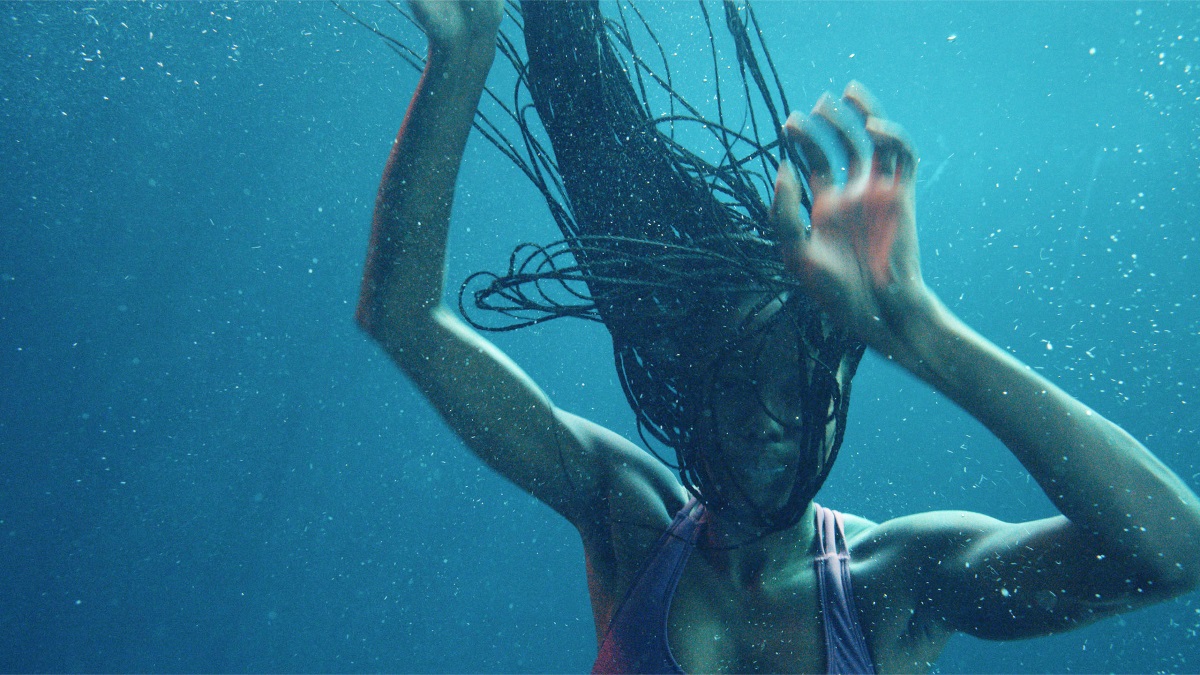 Director Nikyatu Jusu’s debut feature, Nanny, begins with a potent image. Our main character, Aisha (Anna Diop), is sleeping in bed as water is creeping into the frame, onto sheets. A spider crawls across her face, about to touch her mouth when she starts, finally awake.

It won’t be the last time we see the water, or the spider, as we follow Aisha through her life working for an Upper East Side couple from hell, trying her best to bring her son Lamine (Jahleel Kamara) over to the US from Senegal so they can be together. Water in Nanny serves as a symbol of potent rage and rebirth, carrying both the promise of destruction and transformation. The tension between the two possibilities for Aisha is one of the many elements of Nanny that make it a standout in the horror genre this year. Its focus on Black feminine rage and resilience is what makes it an impressive and unique fable worth watching.

As she works tirelessly to earn enough money to see Lamine again, Aisha must contend with the oppressive and suffocating nature of what it takes to earn money in America. During a conversation at a braiding salon, a friend remarks that at least in America they can earn money and build something for themselves.

Aisha quietly wonders if that is even true. The silent rage of having to leave behind her child and her home while she cares for another with distant, mostly absent parents, is visceral. Soon, these feelings conjure visions of spiders and a mermaid-like creature that are both terrifying and powerful. In the midst of her everyday strife, though, there’s still joy.

She’s able to make a connection with Malik (Sinqua Walls, incredibly warm and vibrant), the doorman at the building where she takes care of Amy (Michelle Monaghan) and Adam’s (Morgan Spector) daughter Rose (Rose Decker). Their first date is sweet but poignant, and a clear moment of connection for them both. Malik has a son, too, and has also lost a parent, like Aisha has lost hers.

Their connection is lovely, and one where Aisha can find some respite from her job. It’s through this relationship that she meets Kathleen (Leslie Uggams), Malik’s aunt who is also a medium – eventually serveing as Aisha’s guide to deciphering the visions haunting her day-to-day life. It turns out that the spider and mermaid-like creature are the West African gods Anansi and Mami Wata, respectively. According to Kathleen, while they can be chaotic, they are also symbols of resilience and strength.

The appearances of Anansi and Mami Wata help solidify the themes that make Nanny a unique and welcome addition to a standout year for horror. It helps that the film is also visually striking, offering surreal sequences like one at a pool where Aisha is watching Rose as she swims one minute, before encountering Mami Wata the next, with the surrealist and folkloric elements always grounded by measured performances.

Diop is a standout, bringing subtlety and naturalism to Aisha’s facial expressions while making it clear there’s much more going on underneath the surface. There’s a tenderness in the performance that further makes the protagonist a compelling and engaging character you can’t help but root for. Monaghan and Spector are so awful it works, depicting the dregs of white feminism and the repulsiveness of neo-liberal masculinity. This couple is the true horror in Nanny – I couldn’t help but shudder or tense up anytime they could see a perceived slight from Aisha. The one thing I did have issue with was the pacing of the ending – no spoilers here, but it feels rushed, and I would have liked the film to take its time with it.

Overall though, Nanny is a stunning debut from Jusu. The film is brimming with incredible visuals, powerful performances, true suspense, and the power of Black feminine resilience. I’m looking forward to whatever comes next for Jusu, Diop, and everyone else involved in this haunting fable.

A stunning debut from Jusu, 'Nanny' is brimming with incredible visuals, powerful performances, true suspense, and the power of Black feminine resilience.