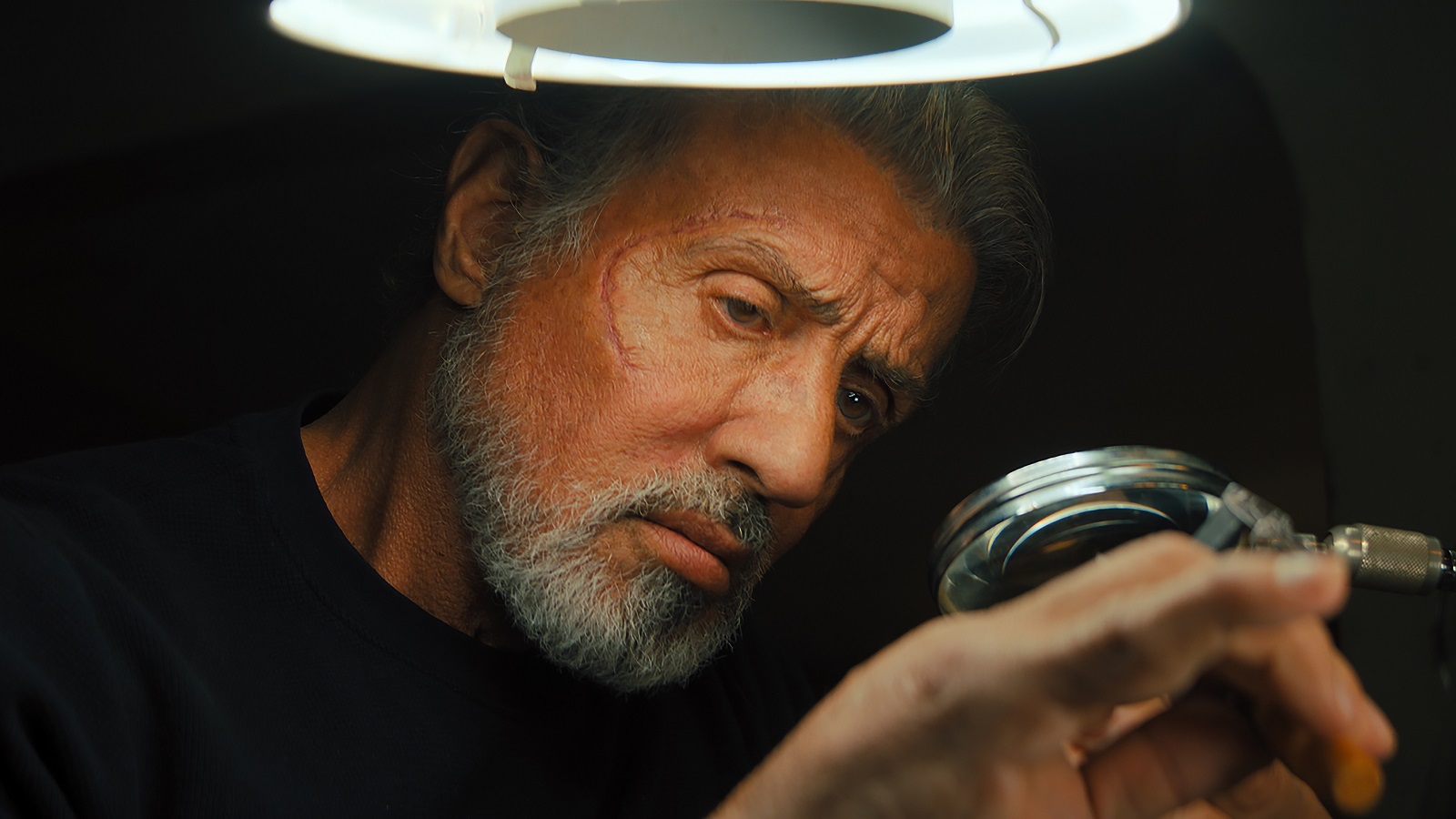 'Samaritan' had the potential to stand out among a crowded pack with Sylvester Stallone as a veteran superhero drawn out of retirement, but it doesn't bring anything new or noteworthy to the table.

Subversive superhero story Samaritan has faced a rough time, having initially been scheduled for a theatrical release all the way back in November 2020.

Production kicked off in February of that year, was halted the following month due to the onset of the pandemic, and resumed the same October. Since then, Julius Avery’s hard-boiled genre film was pushed back to December of 2020, then June of 2021, before being pulled from the schedule altogether. It’s now premiering exclusively on Prime Video tomorrow following Amazon’s purchase of MGM, which is probably for the best.

Don’t get us wrong; star and producer Sylvester Stallone has headlined a lot of movies that are significantly worse than Samaritan, but given his stellar track record in the superhero genre after appearances in James Gunn’s Guardians of the Galaxy Vol. 2 and The Suicide Squad, expectations were fairly high for the veteran action icon’s first time taking top billing in the cinema’s most popular medium.

Instead, the grizzled badass does the best he can with the flimsy material he’s given, with the end product taking a phenomenal high concept and transforming it into a run-of-the-mill actioner that resolutely fails to bring any sort of tangible freshness or inventiveness to the table, an egregious oversight when the basic logline of “Stallone as an elderly superhero” presents all sorts of tantalizing possibilities.

It’s always a worrying sign when any movie opens with a lengthy bout of introductory exposition via voiceover that dumps key information and world-building on audiences right from the off, especially when it’s presented in animated form with no participation from the leading man himself. Unfortunately, that’s exactly how Samaritan begins, with co-star Javon Walton of Euphoria and The Umbrella Academy fame filling in the gaps.

Over 20 years ago, superpowered brothers-in-arms Samaritan and Nemesis brawled to the death, with the world led to believe that the resident defender of Granite City had died as a result. Of course, he’s alive and well, but Stallone’s reclusive Joe Smith just wants to be left alone, something Walton’s lifelong fanboy Sam Cleary isn’t going to let happen once he figures out who his neighbor really is.

There’s not really anything resembling a logical plot to be found within, with screenwriter Bragi F. Schut weaving together several storyline threads that don’t possess any real depth, weight, or resonance. Young Sam gets in with the wrong crowd and becomes a petty criminal in order to earn some cash to keep himself and his mother (In the Heights‘ Dascha Polanco) with a roof over their heads, which threatens to cause chaos for everyone around him in more ways than one.

Unfortunately, the man in charge of the illicit operation happens to be primary antagonist Cyrus, with Pilou Asbæk at the center of the storm that brings Sam and Samaritan together. He’s a lifelong fan of the villainous Nemesis, you see, and channels his idol by orchestrating a plan to cut the power to Granite City in order to mount a Bane-lite uprising of sorts (complete with muffling mask and sheepskin coat), which involves the use of a magical sledgehammer that appears to be the only thing capable of inflicting genuine pain upon Samaritan… or something.

It doesn’t quite make sense, and while that’s par for the course when it comes to superhero stories, it would at least help if the big bad’s motivations were halfway interesting. Asbæk is clearly having fun chewing on the scenery, but the majority of his contributions are relegated to tedious monologues, and a bizarre habit of repeatedly putting on his Nemesis mask and letting out guttural screams.

If you’ve seen one tale of generational bonding, or a single comic book adaptation, then you’ve probably got a good idea of where this is all heading. Joe saves Sam from getting into serious trouble, Cyrus’ goons get their asses handed to them by the pensioner, the Nemesis enthusiast adds achieving the goal his hero never could onto his to-do list, and it all culminates in a showdown that once again underlines the need for Hollywood blockbusters to stop relying on CGI fire, which tends to be so unconvincing that it handily ruins any level of immersion.

That being said, there’s an undeniable joy that comes from seeing Stallone with superpowers, even if he’s never in any real danger at any stage. Because of his status, reputation, and baggage, watching the 76 year-old toss hapless goons around with reckless abandon is undoubtedly the source of Samaritan‘s best moments, while the talented Walton does provide a worthy sparring partner as the odd couple duo attempts to outwit and outsmart the criminal element that’s hot on their tail.

Director Avery proved with Overlord that he knew how to turn familiar tropes on their head to deliver unhinged excitement at every turn, but there’s precious little of that to be found in Samaritan. The script is weak, the washed-out color palette is dreary as opposed to atmospheric, the set pieces are derivative when they could have been thunderous, and even the attempt at a third-act twist doesn’t work when anyone that’s been paying even the slightest bit of attention can see it coming a mile away.

That’s without even mentioning the inbuilt mythology that only factors into the plot as and when required, leaving a muddled sense of canon that offers glimpses of intriguing backstory that has the makings of a uniquely rich and gritty lore, only to pick them up and drop them again for the expense of a single scene or two before moving on.

A brand new superhero property featuring a genuine legend as the elder statesman of crimefighting comes with a high ceiling, but Samaritan is frustratingly happy to bang its head against it, when there’s easily the potential for something special lurking just underneath the surface were it ready, willing, and able to break through.

'Samaritan' had the potential to stand out among a crowded pack with Sylvester Stallone as a veteran superhero drawn out of retirement, but it doesn't bring anything new or noteworthy to the table.