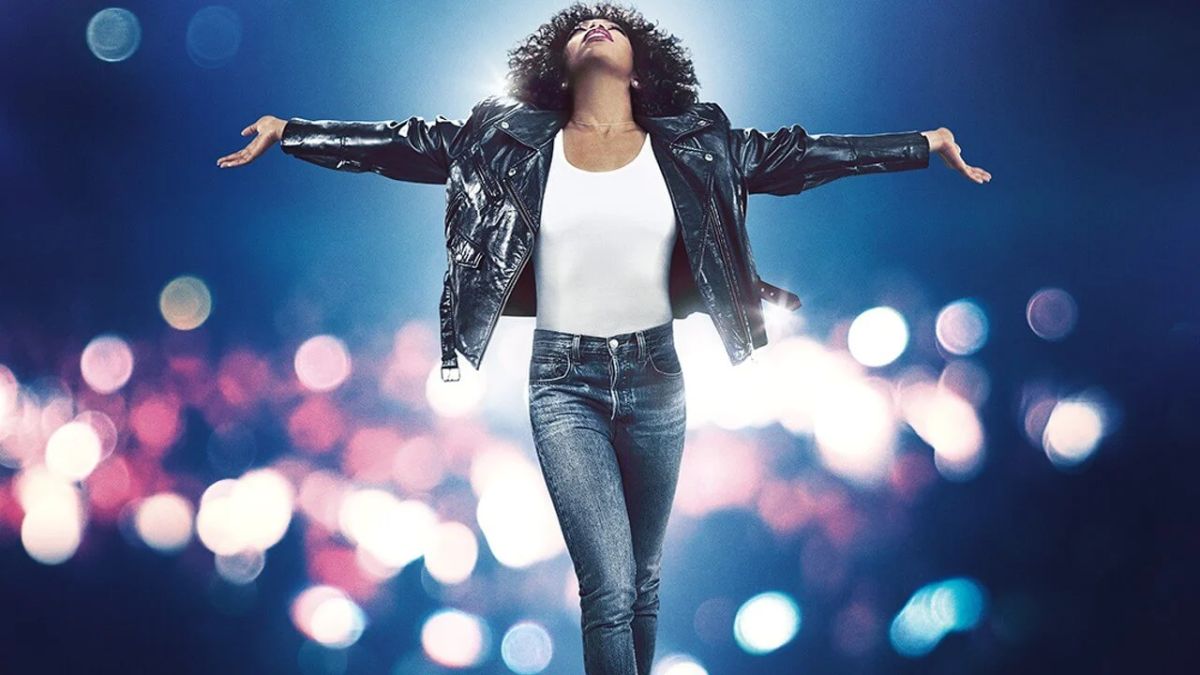 Whitney Houston was a singer, a mother, a superstar, a diva, and a hurricane both on and off the stage. She was alluring and defiant, and incredibly intelligent. She was also complicated, repressed, and angry. I Wanna Dance With Somebody doesn’t do any part of her justice, except for maybe her voice.

The movie is a fast-moving by-the-books retelling of Whitney’s life from her career start to her untimely death, brushing through decades of success and pain, with the occasional emotional breather that gives Naomi Ackie the chance to unravel for just a second, before swiftly moving along to the next scene.

That’s the disillusioning trade-off with these kinds of celebrity biopics. You get to have some of the most fascinating subjects to explore with your story, but you can never risk any real depth that might be unflattering, prejudicial, or — God forbid — real. The stars are the heroes, victims to the circumstances when in any other story, a person with their trajectory would demand a richer treatment, a greater questioning, and an appropriate reflection about themes as philosophically loaded as invasion of privacy, parental and marital abuse, drug addiction, and closeted sexuality.

Whitney’s life was ripe with complexity, but contractual obligations, and the close eye of her family and friends as producers of the film, meant another shy final product that exalts her talent — as it should — but undervalues the human being behind it, much like the public did all her life. Issues like Whitney’s miscarriage, her father’s betrayal, Bobby Brown’s violent behavior, and her forced break-up with Robyn are over and dealt with just as soon as they began.

Director Kasi Lemmons and experienced biopic writer Anthony McCarten could only do so much considering they had to pack entire decades of the singer’s life in just over two hours of runtime. Nevertheless, there are some inspired aspects.

There’s an understated transformation of Whitney’s personality, from an enthusiastic and cherubic, yet cunning and shrewd, young woman, whose innocence and immaturity make her all the more adorable, to an erratic, but self-sustaining, and still every bit as cunning and shrewd, businesswoman. Her growth is perhaps the most interesting overarching element of I Wanna Dance With Somebody — present in Naomi Ackie’s sublime microacting. The actress slowly changes her entire demeanor, from how her wide eyes convey excitement in the beginning and dread by the end, to how her smile goes from genuine and welcoming to sour and bitter. Ackie does a really good job at altering the color and tone of her talking voice to fit Whitney’s real-life evolution, as well.

In turn, the script supports this journey with occasional, but constant, comments about Whitney’s desire for authenticity, and the burden of having to pretend to be someone she’s not. This is mostly associated with her looks, as those around her tell her to change her hair, wear dresses, and walk differently, but to the attentive viewer, there’s an underlying tension with gender and sexuality that cruelly separates her star persona from her core identity. Her relationship with religion, her lifelong companionship with Robyn, and her yearning for a model family that will undo the damage her parents’ marriage caused upon her are all present in the film, keeping it from becoming even emptier, but, again, they’re just not given enough lining.

The directing and editing are mostly standard, with the lowest moment being the tacky Super Bowl sequence, and the highest being the closing performance at the American Music Awards, where they stay with Whitney/Naomi from start to finish. This allows their respective talent, as singer, and actress, to completely permeate everything around you, in what is one of the few truly immersive moments of the film.

The cast, primarily Ackie, Ashton Sanders as Bobby Brown, Stanley Tucci as Clive Davis, and Tamara Tunie as Cissy Houston is exemplary, despite the sometimes cardboard nature of their characters. The musical moments are everything, carrying the rest of the film on their back because even through someone else’s face and body, Whitney Houston’s voice leaves no one indifferent.

Ultimately, I Wanna Dance With Somebody serves as a good, palatable, didactic piece for those who don’t know much about Houston. For those who accompanied her career, however, even if from afar, this movie will offer nothing new.

A closer look reveals a number of worthwhile topics in the superstar’s life, a fact which doesn’t necessarily improve the film, but rather makes it all the more frustrating for not having the guts to dig deeper. When your centerpiece is someone as divine as Whitney Houston, delivering a movie as reserved as this is twice as dispiriting.

I Wanna Dance With Somebody

'I Wanna Dance With Somebody' doesn't do any part of Whitney Houston justice, except for maybe her voice.