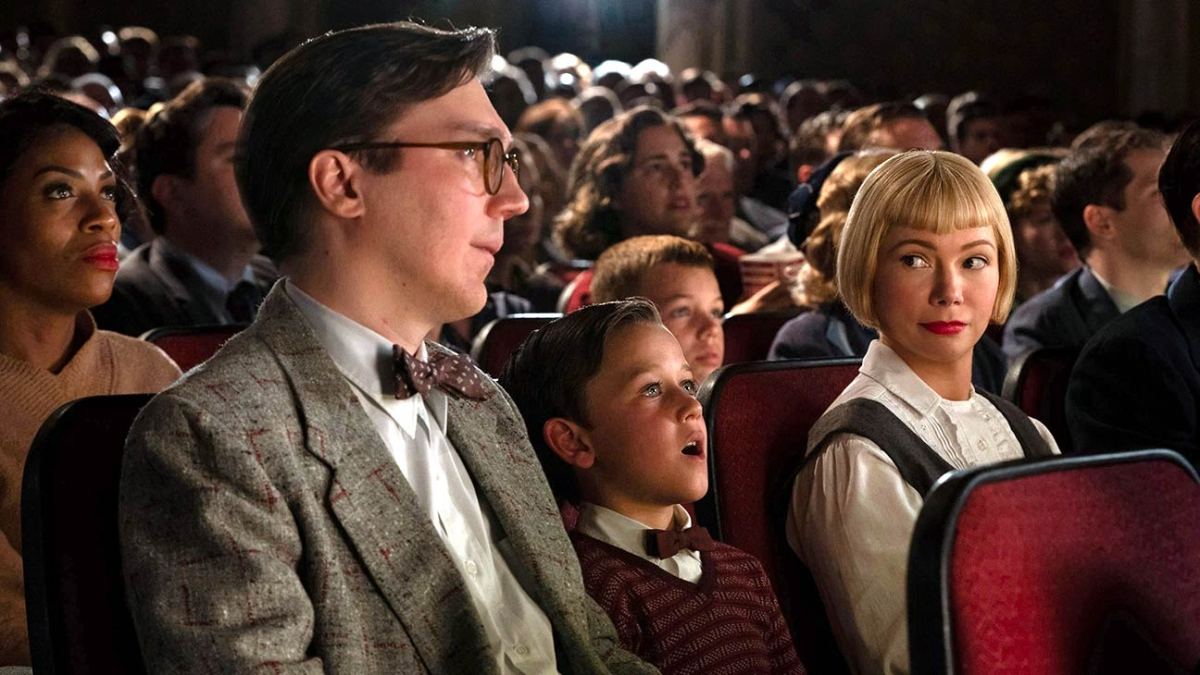 Steven Spielberg has given us many of the great American blockbusters of the past 40 years. They’ve been iconic and crowd-pleasing, but have also shared a common thread that’s woven through all the sharks, treasure hunters, and alien friends.

The divorce of Spielberg’s parents has reverberated throughout his back catalogue, leaving an indelible impression on American cinema by virtue of being included in his films, both directly and indirectly. The Fabelmans, Spielberg’s latest, is the most direct the filmmaker has been about the divorce that informed his entire career. It’s a movie that wears its heart on its sleeve, and although it’s one we’ve all seen before, it’s also a deeply personal work that is worth seeing.

In 1952, young Sammy Fabelman (Mateo Zoryan) and his parents, Burt (Paul Dano) and Mitzi (Michelle Williams) go to a theater to see Cecil B. DeMille’s The Greatest Show On Earth. It’s Sammy’s first movie, and his parents are sure it’s a safe bet. However, they couldn’t have accounted for the scene in the film where a devastating train wreck takes place. Sammy is haunted by the scene, and eventually, this small trauma will kick-start his interest in filmmaking, as a way to control the destruction and chaos he saw on screen.

We watch as Sammy grows up (Gabriel LaBelle), and keeps his interest in filmmaking alive. He makes movies with his sisters and friends from his boy scout troop, directing westerns and war stories, showcasing talent early on. Sammy also has to contend with the trials and tribulations of adolescence (moving cities, crushes, dealing with anti-Semitic bullies) and in his case, growing up with parents who have very different ideas about the world.

Burt is practical, and sees Sammy’s filmmaking as more of a hobby than something that could potentially be a livelihood. Mitzi is free-spirited, and encourages her son to pursue his art to the fullest extent. This tension between practicality and dreaming spills over into much more, eventually boiling over and leading to devastating revelations about Burt and Mitzi’s relationship, which ultimately play a part in the dissolution of their marriage.

While The Fabelmans can feel familiar, it also paints a compelling, sweet, and sometimes heartbreaking family portrait. The performances from the entire cast are fantastic, with newcomer LaBelle showcasing an impressive depth and ability as adolescent Sammy. Dano and Williams are well-cast; Williams especially is a force of nature here, while Dano is heartbreaking and frustrating in turn as a gentle but stubborn father.

There’s also Seth Rogen being both lovable and somewhat loathsome as Bennie, a friend to Burt and Mitzi. Judd Hirsch as Uncle Boris, however, steals the show for the short amount of time he’s onscreen with flair and humor, but poignancy, too. He even voices the movie’s central tension directly: “Family, art, it will tear you in two.” For film nerds, there’s a cameo from a certain surrealist director that was also a treat to watch in a theater, but we won’t spoil it here.

In addition to the strong performances, the visuals are also part of what makes The Fabelmans so spellbinding, specifically watching Sammy direct, or knowing his DIY films are recreations of Spielberg’s early works. They’re also just fun and charming to watch. Spielberg’s direction shines in quieter moments, too.

Scenes where he seems to be recreating memories, like his mom dancing between car headlights on a family camping trip, have a nostalgic and almost magical quality about them. Similarly, conversations between Sammy and his parents are filmed with care and craft. They make up some of the best parts of the film thanks to the combination of grounded performances and interesting shot setups.

Ultimately, while it can feel redundant at times, The Fabelmans is a compelling family portrait, a love letter to filmmaking, and a revealing look inside the heart of one of America’s great directors. It’s worth watching just to see Spielberg at his most tender and personal.

'The Fabelmans' is a compelling family portrait, a love letter to filmmaking, and a revealing look inside the heart of one of America’s great directors. It’s well worth watching, just to see Spielberg at his most tender and personal.