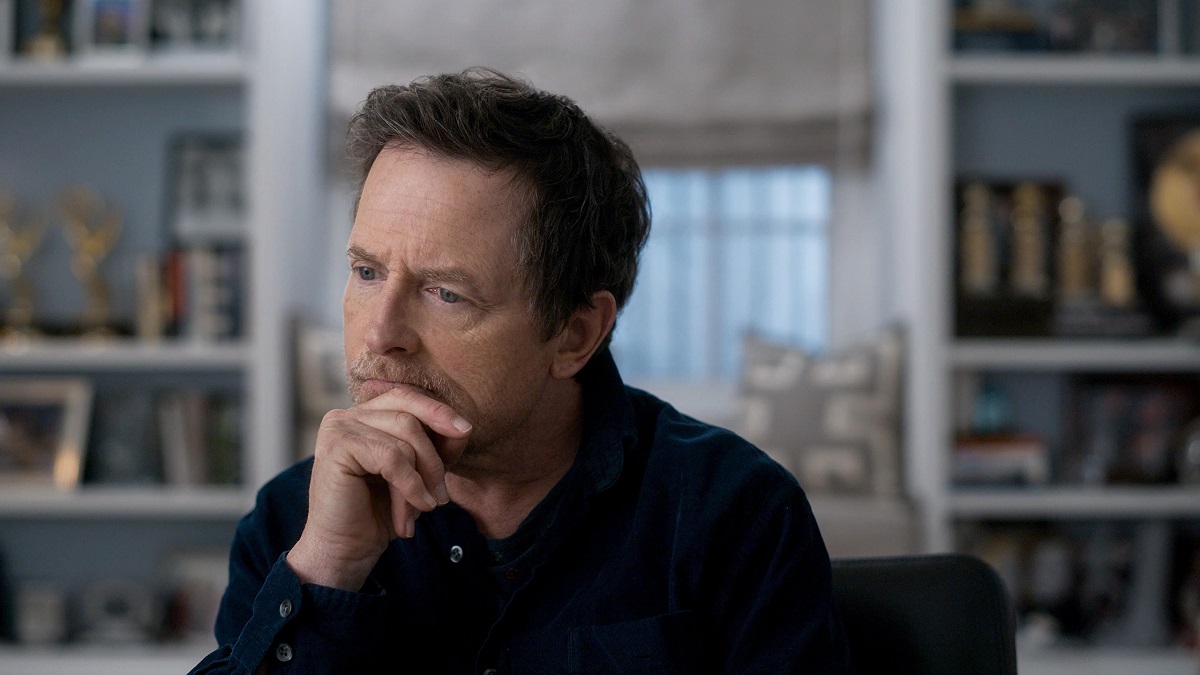 via The Sundance Institute

No one ever saw this coming. An 80’s icon of film and television being struck down by early onset Parkinson’s in his late 20s. Even more astonishing is the emergence of that same icon like a phoenix from his own fire, who would go on to be a figurehead and ardent campaigner for funding across the globe. Buckle up, because Still: A Michael J. Fox Movie brings all that and more to Sundance, with this candid close-up on his life as it stands.

Directed by Dave Guggenheim (An Inconvenient Truth), this cleverly conceived documentary uses a combination of stock footage and family movies to bring things to life. With exclusive access to behind-the-scenes audition tapes and onset segues, this film pulls together strands of his story effortlessly.

By leaning into the content of his two books, which Michael J. Fox narrates in voiceover, audiences are fully clued up on his origins, as well as any insecurities he experienced when fame hit. Much of the focus is spent on extended talking head segments, where a present-day Fox discusses his Parkinson’s with disarming candor. Injuries incurred during filming, physical therapy sessions with his movement coach, as well as outdoor excursions which never shy away from the debilitating effects of this disease are present and correct.

Through the sly use of body doubles, audiences are taken on film and television sets, physically following behind this young actor as he hits superstardom through Family Ties and the Back to the Future trilogy, as well as Casualties of War and later Spin City. Where it starts to get really interesting is after his initial diagnosis, when the actor began trying to hide his symptoms.

First the pinkie finger on his left hand tremored, then that hand began to spasm, before finally his whole left arm would shake so much it would throw him off balance. Working became his salvation as did prescription pills, which would mask the shakes and allow him to carry on regardless. With his fame spiking out of control, an ultimatum from his wife Tracy Pollan, who he met on the set of Family Ties, would change his life forever.

With a young family at home, endless job offers, and a degenerative disease taking away his motor skills, Fox had turned to alcohol on top of those prescription pills. A combination which directly contributed to a lull in popularity, as those nuanced performances which had made him rich and famous were dulled by drink and drugs.

Turning back to television he dove into Spin City and rediscovered his mojo, even as his marriage was failing and the Parkinson’s decided to ramp up. This is when he came clean and announced his diagnosis to the world, unable to maintain the subterfuge any longer. It proved to be the making of the man, as his return to the small screen in its aftermath confirmed that audiences still found him funny.

The thematic vein which runs through this documentary from minute one is one of determination. Determination to succeed, determination to overcome, and most importantly, a determination to conquer despite the odds. Above all things audiences will walk away from this knowing that Fox is carved out of granite. He might retain the roguish charm and diminutive leading man looks which made his name, but beneath that facade is one tough hombre.

In many ways this film strips away all the stardom and reveals a man who openly admits weakness, falls down frequently breaking bones – yet brushes off constant pain as part of the job. As Parkinson’s continues to take its toll, audiences will get the distinct impression that time is ticking. Soon, this star of film and television will be unable to stave off the ravages of this affliction any longer, as his ability to communicate is taken from him.

Only then will the real impact of this documentary become apparent, as mobility confines him to a life in stasis. Going by that rationale, it would be fair to say that Still: A Michael J. Fox Movie provides audiences with a thought-provoking legacy, which looks beyond Marty McFly and countless other pop culture personas to reveal, as he himself might say, a lucky man.

If anyone ever thinks of Michael J. Fox as anything other than a legend after this film, they need to re-evaluate their priorities. 'Still: A Michael J. Fox Movie' documents the life of a survivor, who is far from done fighting.