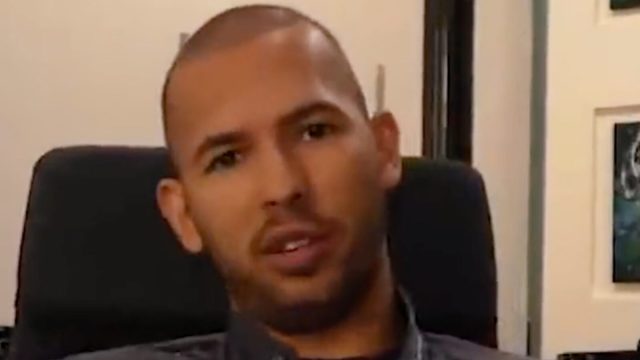 In the last few days, controversial kickboxer, former reality television star, and social media personality Andrew Tate has been banned across multiple platforms for alleged violations of terms of service agreements, many of which involve his openly misogynistic statements and beliefs. And the initial bans have become a veritable torrent of deplatforming as users’ repulsion at Tate’s behavior earns the so-called influencer permabans across social media. And it’s no surprise that users are turning their schadenfreude into the net’s number one export: memes.

To date, Tate has found himself booted, ejected, and otherwise escorted out of Facebook and Instagram, and his preferred platform of TikTok. He even seems to have deleted his Twitch account himself, perhaps in a preemptive move to avoid another lifetime ban. And Twitter users can’t help but picture a world where Tate can find no shelter from the storm of bans resulting from his own personal behavior.

2Fort fortressed up against Tate.

The Real Real did not Play Play.

Even My Little Pony doesn’t have enough magic to stay friends with Andrew.

Even Runescape isn’t massively multiplayer enough to let Tate into the sandbox.

Almost everyone is invited to the Book Fair. Except for Andrew. He knows what he did.

And new posts seem to be happening every minute. It looks like the internet’s new favorite book is “Where isn’t Andrew?”