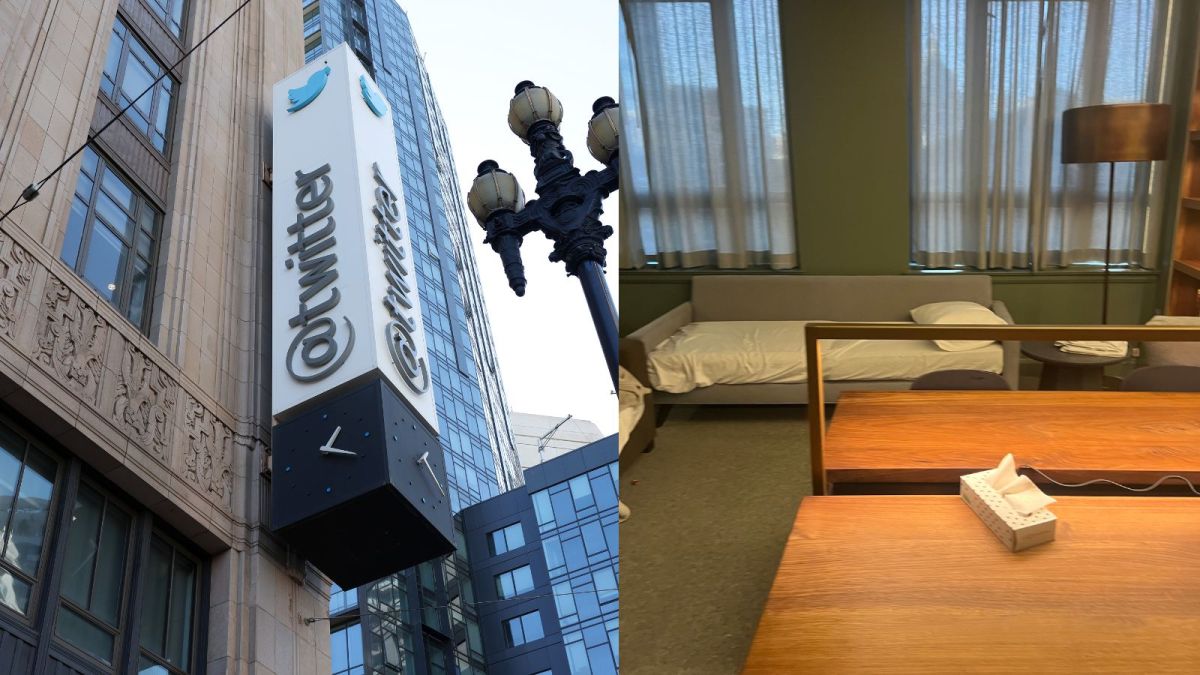 Elon Musk has prepared something nice for his remaining Twitter employees who will help create “Twitter 2.0” whilst also maintaining a “healthy work culture.” Asides from telling employees that they can only work in the office, he prepared beds in the office so staff won’t leave the building. And if you think this is some dystopian fan fiction, unfortunately, quite real.

If you think the ping pong table in your work office isn’t enough, come work for Twitter. Not only do you work hard, but you also receive some sort of accommodation. BBC reporter, James Clayton shared photos inside the San Francisco Twitter building, where hotel-like bedrooms have been installed in old conference rooms.

And it’s not just beds. Sofas were also set up as beds in some of the office areas for staff to sleep on whilst in the building, as well as other utilities like washing machines. Clayton said that the local San Francisco government will be investigating the Twitter building since it’s registered as a “commercial building”.

The Washington Post reported that the newly added “bedrooms” were installed illegally and that a Twitter user reported the changes to the local government. A spokesperson for the San Fransisco Government told the publication that “no one is above the law” and that it’s going to investigate if the Twitter building is being used as intended.

“We need to make sure the building is being used as intended. There are different building code requirements for residential buildings, including those being used for short-term stays. These codes make sure people are using spaces safely.

Anonymous staff members told Forbes that the remaining employees were greeted to these rooms with no context whatsoever. It assumed it was for the staff members who stayed behind to work “hardcore hours” for Musk. It was reported that at least “four to eight” bedrooms were installed on each floor, and employees felt “disrespected.”

“It’s not a good look. It’s yet another unspoken sign of disrespect. There is no discussion. Just like, beds showed up.”

Multiple employees left Twitter after they received an ultimatum from Musk to accept working “harsher and longer hours” or to quit and receive three months’ severance. Since the ultimatum offer passed, Musk closed the Twitter building for a few weeks due to fears of sabotage.

Neither Twitter nor Musk commented about these beds, and it’s currently unknown if these “bedroom pods” would remain in the company.