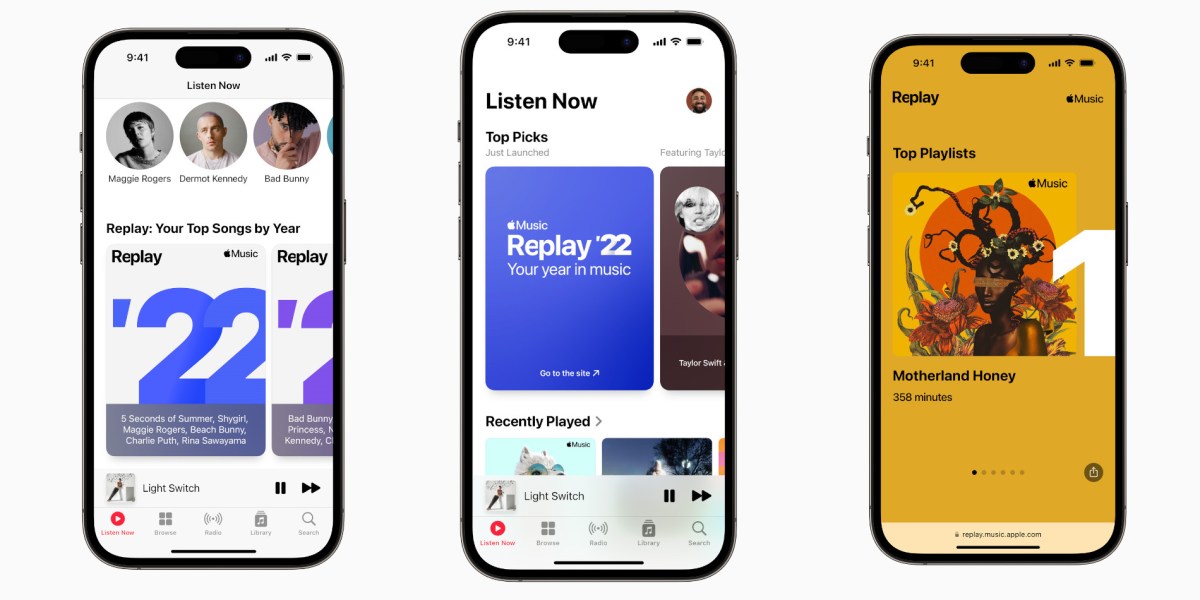 The end of the year is the perfect time to look at the songs that have soundtracked your year. From the popular smash hits to that embarrassing song you listened to on repeat for a month. Spotify is famous for its Wrapped feature, which delivers users a social media-ready graphic showing off the songs they’ve enjoyed the most over the previous 12 months.

But Spotify isn’t the only company that offers this. This year, Apple Music is throwing its hat into the ring, offering users a service called Apple Music Replay. Here is how you view this rocking retrospective.

What is Apple Music Replay?

While not as flashy as Spotify’s Wrapped, Apple Music Replay will show users who have listened to enough music via the Apple Music service their most played songs and artists.

“When we first launched Replay, the feature became an instant fan favorite on Apple Music, and we really wanted to develop the experience further and make it even more special, personal, and unique for subscribers,” said Oliver Schusser, Apple’s vice president of Apple Music and Beats. “The music we enjoy throughout the year becomes like a soundtrack, and it’s really fun to be able to go back and relive those meaningful and memorable moments over again.”

How to see your Apple Music Replay

You can see your Apple Music Replay on your mobile device and computer. However, the method is slightly different for each one.

If you want to view your Apple Music Replay on your device, you should open the Apple Music app on your phone. Then, scroll down until you find the Just Launched section. You’ll see a button labeled “Replay ’22” Your year in music”. Tap this option, and you’ll be taken directly to Apple Replay ’22, which will show your most-played songs of the last twelve months.

However, some users have taken to social media to note that they’re experiencing errors with this method, so you may need to try a few times or restart the app to get it to work.

According to Apple, users can check their Replay until December 31st to see if their charts change before the end of the year.