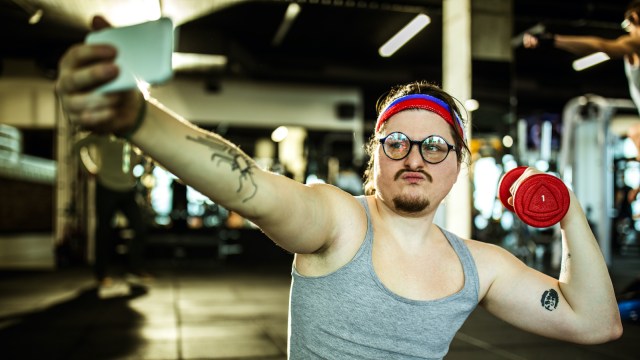 In the age of rethinking how we use social media, BeReal, a photo-sharing app that does away with filtered facades, has incorporated a new way to use emojis. In this case, it’s called Realmojis. Like the app’s goal of ushering in an age of authentic online interaction, Realmojis do exactly what emojis do, but with a human twist.

The platform has been both praised and criticized for stripping away some of the most notable features of social media, namely not allow users to upload filtered photos and requiring all photos to be taken with both the front and back facing cameras; meaning wherever you are, be it the supermarket, the DMV, or the doctor’s office, your followers will see it. Furthermore, the app only allows you to see people’s posts after you have uploaded your own.

In that same vein, BeReal has now incorporated Realmojis, a more real way to react to people’s posts beyond the typical heart eyes emoticon and thumbs up gesture.

What are Realmojis and how do you use them?

Realmojis use your front facing camera to a react to a post with a real life reaction instead of just the five emojis BeReal offers. You can take a Realmoji as a one-time reaction or store it for future use.

To make a Realmoji first navigate to a post. In the bottom right hand corner of the screen you will see a smile icon underneath the chat message icon. Tap the smile icon, which will bring up the five given emojis. You will also see a sixth, lighting bolt emoji at the end of the list. Don’t worry, tapping the lightning bolt won’t immediately send a lightning bolt emoji to the user. Instead, you have to hold down the emoji. Doing so will bring up the front facing camera where you can then make your Realmoji.

From here it’s as simple as snapping a photo. Make whatever face you like, then slide the grey circle at the bottom of the screen into the oval where your face is. Say cheese!

There you have it. You’ve just created your first Realmoji. You can keep it or delete it, whatever you decide, just keep it real.