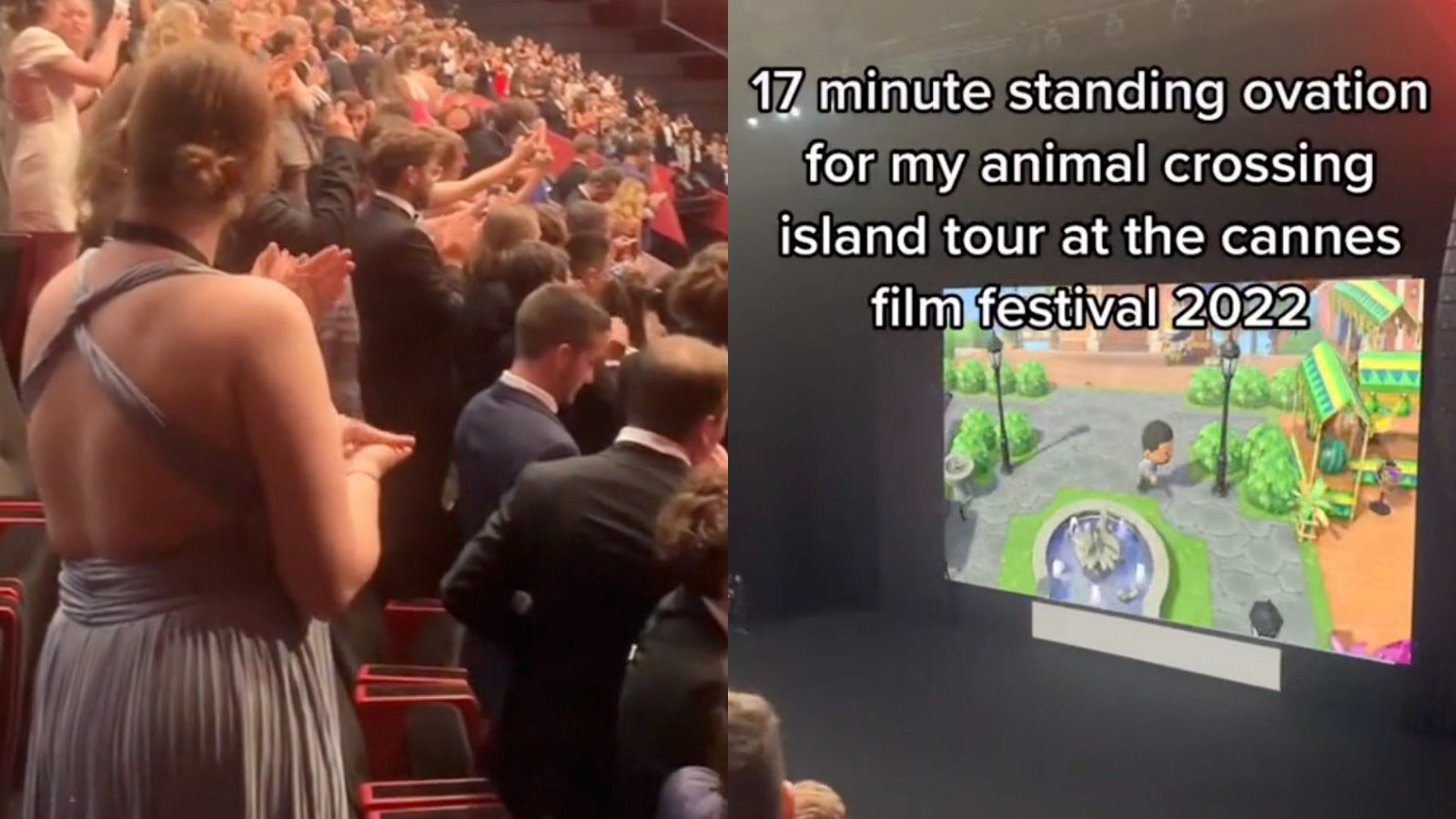 Plenty of us have dreams to have a film to be loved by millions — to be featured in the Oscars or Cannes Film Festival. To become the next Steven Spielberg, Guillermo del Toro, or Hayao Miyazaki. And, while some people can reach those goals, the rest of us have to face reality and live with the fact that we’re not simply talented.

However, those dreams will be dashed no longer, as there is now a TikTok template that exists that will give you that sweet, sweet validation.

TikTok user myplaystv posted a video where his Animal Crossing New Horizons island tour received a standing ovation at the Cannes Film Festival. It seems like these highly acclaimed film critics and those in the industry are impressed with this guy’s cinematic island tour. AS THEY SHOULD.

This video had a few viewers fooled as they thought that it was real. I mean, it’s not impossible to create a dramatic and story-driven film using a Nintendo Switch game, right?

Myplaystv released the template version of his video, allowing anyone to have any video, even as small as something homemade, to be praised by the global film industry.

People just need to insert their video over the greenscreen. Then later, live vicariously on their edit and fantasize about living in an alternate universe where you have an award-worthy film.

The original video came from the screening of the film Close by Belgian filmmaker Lukas Dhont. It’s a French film about two 13-year-old boys whose friendship fell apart the moment they both reached adolescence and now have to find a way to rekindle it back together. The film is a follow-up to Dhont’s previous 2018 film Girl and is described by critics as sad and emotional.