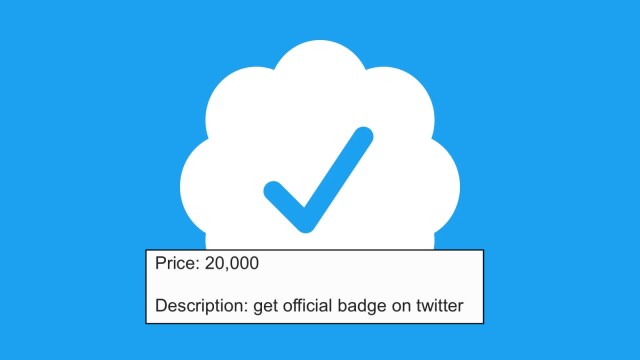 Move over iPhones with Flappy Bird still installed, NFTs, and cryptocurrencies. There is now a newly sought-after item on the digital market that you might struggle to believe. For only $20,000, you too can purchase an official verified Twitter account, and if that sounds “too good to be true,” that’s because it is.

Washington Post tech journalist Taylor Lorenz reported that people are selling their Twitter accounts with the gray ‘official’ badges attached to their profiles. According to these sellers, Twitter’s blue checkmark is no longer valuable ever since Elon Musk rolled out the paid verification program recently, which allowed anyone to get the badge.

All buyers need to do is send $20,000 and provide their usernames and email as part of this proposed exchange. While they claimed that those details may come from any account, a lot of this has signs of it being a scam.

Ever since Musk announced the paid verification system, celebrities and other verified users have mocked the Twitter CEO by impersonating him. This led Musk to change the rules for “verified” impersonation accounts, saying that they need clearly indicate that they’re a “parody” or face suspension.

Musk admitted his mistakes recently after he told followers to expect Twitter to do “a lot of dumb things” in the coming months.

But rather than reverting to the old system, the “official” label was rolled out, only for it to be immediately removed. Twitter employee, Esther Crawford, clarified that the label is still there but it’s only going towards “government officials and commercial entities” before moving it to individuals.

There has always been a market to buy verified accounts or the digital status symbol. While most of these sellers were suspected to be scammers, some of them were official companies that claimed to know someone in Twitter HQ. The Atlantic reported in 2019 that these paid verification scams were on the rise due to people finding value in having that official social media status.

However, it has been confirmed multiple times that being verified brings nothing new to the table. It’s just a shiny new indicator in your profile that proves you’re legit.