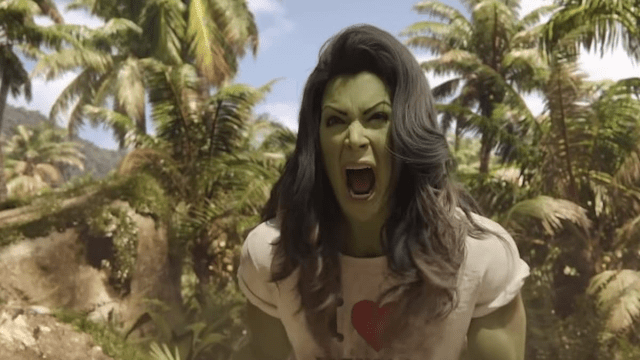 She-Hulk: Attorney at Law has been one of Marvel’s most hotly debated shows. This is mainly thanks to people (many of whom are men) believing that the show engages in nothing but man-hating. Now some fans have had enough of that and are here to set things straight.

She-Hulk first appeared back in the 1980s in her first comic The Savage She-Hulk #1, where she is noted as one of the strongest female superheroes within the Marvel universe. Though the character started off ill-tempered and violent, the MCU opted to go for the more fun-loving and feisty version of the character for the majority of the show. The hero has always had a strong sense of justice, independence, and acceptance for who she is, which the show plays with a lot, mainly through her dating life.

Many of the men she dates are boorish, rude, and overly arrogant, as well as unable to accept both versions of her. Many point to this, as well as the villain group Intelligencia, a group of She-Hulk-hating men who wish to steal her “unearned” powers, as the reason the show comes across as “man-hating”. Why is it not man-hating when it’s male superheroes going against male villains?

The irony of this is, the show’s biggest haters are almost a mirror of these on-screen villains. She-Hulk: Attorney at Law simply highlights the kind of things that happen in reality, sometimes even taking them from real life. We know there are these groups out there, such as incel communities, who do exactly what Intelligencia is doing in the show. So why are so many men struggling to come to terms with it on-screen?

Fans of the show are calling all of this into question, and calling out the toxic idea that the show is ‘man-hating.’

This user points out that the ones attacking the show seem to have a narrow view of what a woman’s role is within the superhero genre.

Another user points out the kind of language they come to hear from their male friends when discussing female superheroes noticing a certain less-than-positive trend.

The show does call out some problematic behaviors and misogyny that can be found in certain individuals, but that by no means is an attack on all men.

This post came in response to another on the thread that claims all the men in the show are depicted badly, prompting them to point out a tonne of male characters that do not fit into that claim. We can also add designer Luke Jacobson to the mix and also mention that one of the show’s major antagonists, Titania, was a woman. The show was by no means one-sided.

Nor is She-Hulk a man-hater — she spends a lot of the show looking for romance with men, after all.

The superhero genre, though beloved by many, does have a history of catering to male fantasy and desire. It has changed significantly over the last decade, but it’s still deeply rooted within the genre and many fans are still stuck in that way of thinking.

All this being said, it is okay not to like She-Hulk; the CGI was kind of meh at times, and the dynamic was very different from a lot of classic superhero stories, but this person doesn’t think that it being “anti-male” is valid reason.

As Marvel continues to challenge what a superhero show or movie looks like as they move forward, there are going to be some storylines that you just don’t vibe with, and that is fine. The answer, though, isn’t to hate on something that may have been created for a target audience that doesn’t include you. Ultimately, watch it or don’t, the choice is yours.