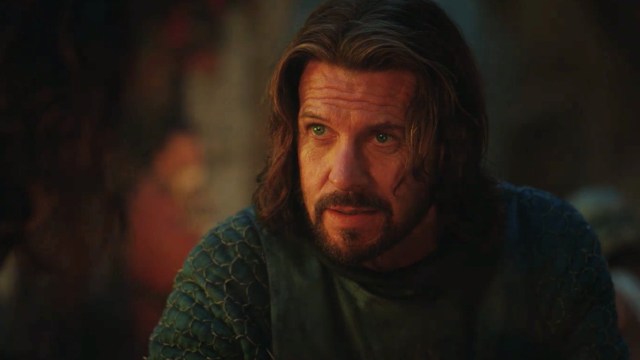 If there is one thing The Lord of the Rings franchise has managed to pull off, it’s casting extremely attractive actors in the various adaptations. Fans of Amazon’s The Rings of Power have been introduced to a whole host of new characters, and it’s fair to say that many of them are extremely easy on the eyes.

In a world where an entire race is described as being fair and beautiful, it isn’t hard to make that a condition of casting. In Peter Jackson’s original trilogy, many viewers found themselves falling into one of two categories; those that loved the elegant-yet-deadly Legolas played by Orlando Bloom, or those that loved the grizzled-yet-gentle Aragorn. But, thanks to the newest series, fans have found a new character to lust after.

Elendil, played by British actor Lloyd Owen, has caught the eye of many after his introduction in episode three. The legendary figure tempers his duty with common sense, and does not fall into hatred for the elves like many of his fellow Númenóreans. Instead, the Captain assists Galadriel where no others would and also speaks to her in the elvish tongue, which apparently sent shivers up many viewers’ spines. It makes sense that the great, great, many times over, great grandfather of Aragorn is also a bit of a hottie, at last we know where the Ranger gets his good looks from.

Fans are still waiting for the arrival of “hot” Sauron in anticipation, but until then Elendil is number one on their radar.

Like this user, many have commented on the actors deep sonorous voice.

Much like how someone might swoon over listening to French or Italian, it would appear that Quenya is up there as a sexy language, at least when Elendil speaks it.

This fan has given the father of three a rather apt nickname.

We will allow the misappropriation of this famous Lord of the Rings line, because it is just too funny (and inclusive).

One fan really hit the nail on the head when it comes to who Owen reminds them of, though how this would be possible is anyone’s guess.

This user 100 percent agrees with this combination, and thinks that casting did a good job to find someone who somewhat resembles the Aragorn actor.

This person is not alone in their feelings for the character.

Though the age-old question when it comes to Lord of the Rings; man or elf?

With a long way for the character yet to go, we are sure to see much more of the character, much to these thirsty fans’ delight. Though with Sauron’s arrival imminent, their loyalties might yet be tested.