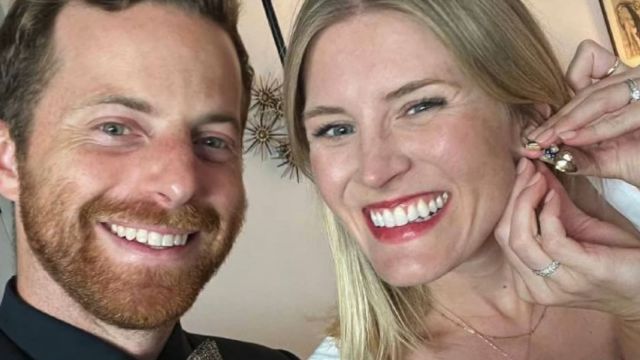 Ned Fulmer, known for making YouTube videos with his three friends and colleagues for The Try Guys, has recently been involved in a cheating scandal with one of their employees. Consequently, the YouTuber has been let go of The Try Guys project, which had even expanded into national TV through The Food Network’s No-recipe Road. Now he has jeopardized not only his hard-earned job but also his own 10-year-long marriage with his wife, Ariel Fulmer. The couple has two kids, and their relationship was thoroughly broadcasted from Fulmer’s days at Buzzfeed until their own independent project with The Try Guys.

For the past few days, evidence has resurfaced showing that Fulmer has committed adultery with Alexandria Herring, one of Fulmer’s employees and a colleague with whom all of The Try Guys often feature on and off-screen. Herring was also one of the members of the segments which included “The Food Babies,” composed of Herring herself and YB, another one of the employees from the 2 Try LLC company funded by Fulmer and his friends, Eugene Yang, Keith Habersberger, and Zach Kornfeld. Herring’s role on The Try Guys video was that of an editor as well as someone who oftentimes accompanied The Try Guys on sampling different food and taking on food challenges.

In spite of the messy timeline of the evidence, the Fulmer couple has posted a few announcements on social media confirming the infidelity from Fulmer himself, and their priority is their family and, most of all, their children. The Try Guys have also made an official statement in which they confirmed the fourth Try Guy had been let go of the team.

Social media has also been comparing Fulmer to John Mulaney and Adam Levine, who have been in the midst of cheating allegations after foreseeing their entire career revolving around being loving husbands who adore their partners. Although Fulmer’s entertainment venture is far different than the other two, the YouTuber’s morality plays an even more critical role in the videos in which he displays his life and relationship with the public, losing his entire family-man shtick, alongside no longer being seen as someone whose influence is positive. This open and very public “consensual workplace relationship,” as Fulmer called it, goes to show that one step on the wrong stone will cause severely irreparable damage. The YouTuber has thrown away the company he kickstarted in his garage, losing his job, jeopardizing his friends’ careers, and clearly creating irreversible damage in his personal life.

Have it all, lose it all: YouTuber-style edition

The former Try Guys member is not the only YouTuber to go from riches to rags and throw away the success they fabulously garnished. The legacy continued by Fulmer is composed of several other influencers, vloggers, and YouTubers who have completely tarnished their reputations and careers for being, all in all, questionable human beings who make even more questionable life decisions.

Swim is yet another example of someone who threw away his success for no reason other than being an absolutely questionable human being. The gaming sensation on Twitch and YouTube, known for being the biggest streamer of the popular card game, Legends of Runeterra, saw his success swiftly coming to an end after his ex-girlfriend, streamer Amwe, accused him of sexual and emotional abuse. Swim, who was previously signed with the Evil Geniuses esports organization, allegedly abused his ex-girlfriend and abused drugs during their time together. Amwe posted her experience with Swim on a Google document, sharing plenty of instances in which the streamer emotionally manipulated his girlfriend to the point of gaslighting her into doing sexual favors out of guilt.

Swim was one of the largest streamers of Legends on Runeterra on YouTube and Twitch. His whereabouts are unknown as of now despite mentioning how this was a positive experience as he was planning on leaving the streaming world anyway.

David Dobrik was one of the largest YouTubers of the 2010s, especially during his public relationship with Liza Koshy. Once the couple called it quits, Dobrik pursued his own path and went on to be known for the YouTube channel, The Vlog Squad. With the constant rotating members in the Squad, former friends of the YouTuber have come forward in the last few years with plenty of allegations and proof of Dobrik’s constant abuse and violent actions. From humping one of the female squad members on camera to causing Jeff Wittek, one of the members of the squad, to break parts of his face and skull in a wakeboarding attempt with an escalator led by Dobrik, there has been plenty of evidence resurfaced to show how abusive Dobrik really was.

From 2017 up until March 2022, Dobrik has added numerous controversies to his repertoire, causing him to be sued by Wittek earlier this year. Since the incident took on even more public exposure, Dobrik stopped uploading in March, throwing away his colossal success and hurting his friends along the way.

JonTron, or Jon Jafari, found that keeping your political opinions out of your platform is best. The YouTuber, popular for making gaming videos, went out of his way to support Steve King, a far-right politician and U.S Representative from Iowa. Jafari also voiced his extremist political opinions on social media, exemplified by his sarcastic support for King in a tweet that read “Wow, how scandalous, Steve King doesn’t want his country invaded by people who have contempt for his culture and people! NAZI!!!” The entire political ordeal, poor choice of words, and questionable beliefs caused the YouTuber to quickly lose subscribers.

Jafari seems to have quickly thrown away most of his fanbase from his controversial opinions alone. Since his hiatus after the first big scandal, he would go on to take more and longer breaks throughout the years, barely uploading for some time. Although he is still an active YouTuber, the content creator is no longer as big as he once was.

While everyone grew up knowing The Fine Brothers and their work on YouTube, the duo certainly jeopardized their channel once they made a poor decision. The chose to register a trademark application for the word react, aiming to cover “Entertainment services, namely, providing an ongoing series of programs and webisodes via the internet in the field of observing and interviewing various groups of people.” The two YouTubers explained that they had no plans of controlling all reacting videos, wishing to use the trademark to help license and monetize their assets. Naturally, the damage was already done, and their channel took a huge blow in viewership and subscription. Things got even worse when an old video resurfaced of Benny Fine, one of the brothers, in blackface as part of a Degrassi parody by Shane Dawson.

The Fine Brothers’ channel is still active, but their past decisions have made a significant change in the monetization of their videos, resulting in the duo practically losing their golden piggy.

One might say that Fulmer’s best advice for the YouTubers would be “not to get caught.” Perhaps content creators who put themselves out in public ought to make better life decisions and try even harder to become better human beings for a change.