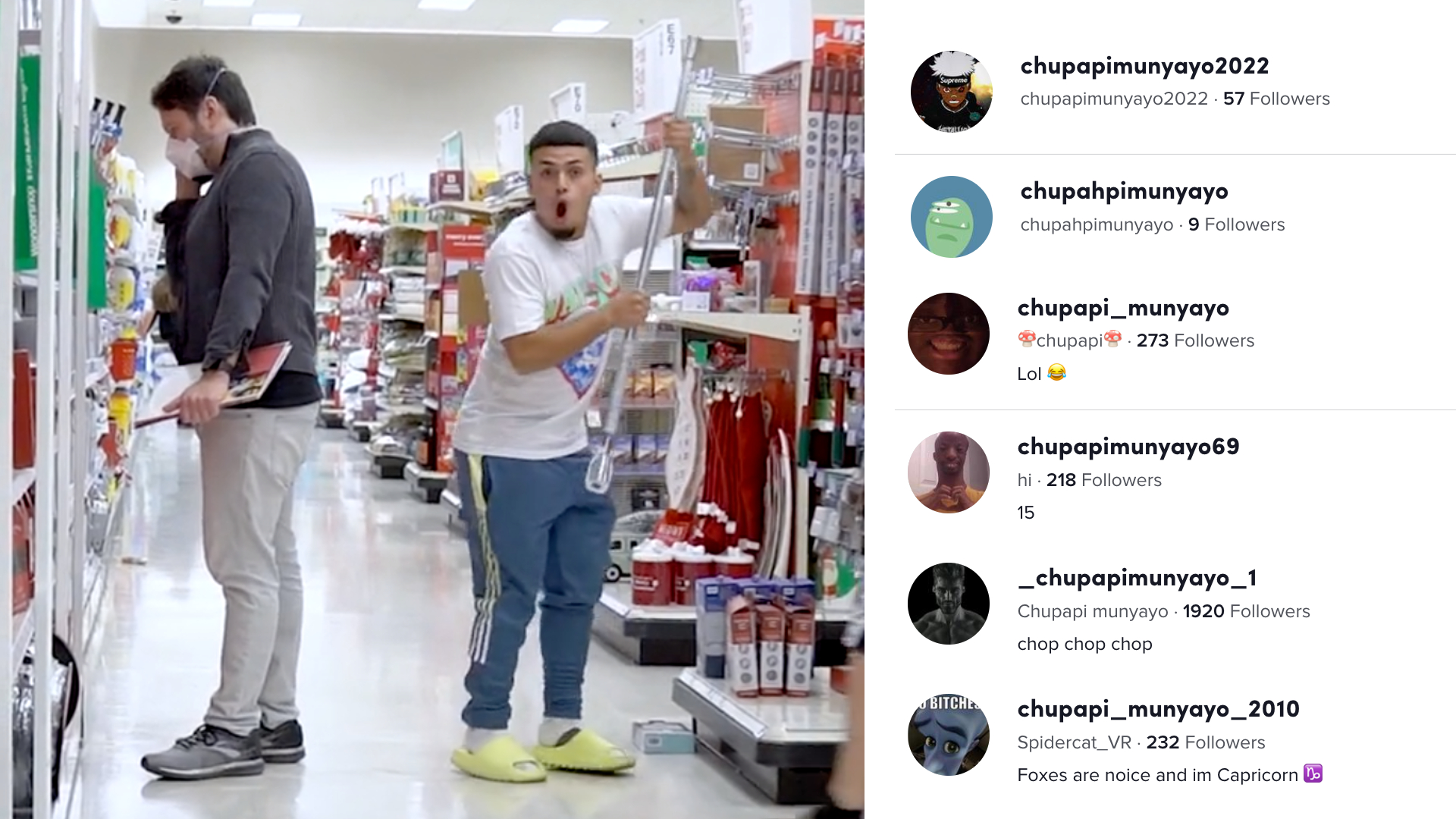 A curious TikTok phrase is currently baffling some users as more and more people incorporate “chupapi munyayo” into their videos.

The seemingly nonsensical phrase hasn’t spread much beyond the bounds of TikTok yet, but its increasingly frequent use on the video-sharing app is sparking confusion. No one seems to be able to identify what “chupapi munyayo” really means, but that isn’t slowing its takeover on TikTok.

A number of different sources have tried to track down the true meaning behind “chupapi munyayo,” with varied results. The general consensus seems to be that the word is utter nonsense, defined by Urban Dictionary as “a phrase that means nothing.” Know Your Meme agrees with this assessment, comparing the phrase to “Howard Stern’s Baba Booey.”

A nonsense phrase born of TikTok prank videos, “chupapi munyayo” has taken on a life of its own, much like Baba Booey. While it still appears most often in prank videos — most of which see pranksters shout the phrase behind unsuspecting strangers — “chupapi munyayo” has since evolved. Audio clips of the phrase now accompany video game streams, outfit reveals, and even thirst traps. It has several hashtag pages, dedicated accounts, and audio uploads. It’s taking on a life of its own.

Where did it come from?

Despite its evolution on TikTok, “chupapi munyayo” is, at its core, a prank phrase. It appears to have cropped up in a range of videos uploaded in 2021 ⏤ specifically from user @jaykindafunny8 ⏤ most of which see pranksters trying to confuse people into thinking the nonsense phrase is another language. The prank is straightforward and many of the videos incorporating it feature the same group of pranksters. The phrase has most likely gained the most popularity due to @jaykindafunny8’s consistent postings incorporating it ⏤ a repetition that has earned him over 23.6 million followers and given the now-popular words a cult following on TikTok.

As with many of TikTok’s most niche cult followings, the humor behind “chupapi munyayo” is mostly apparent to those taking part in the joke. To everyone else, its a goofy, nonsensical phrase at best, and obnoxious rambling at its worst. But TikTok does love its offbeat humor, so don’t expect “chupapi munyayo” to disappear anytime soon.