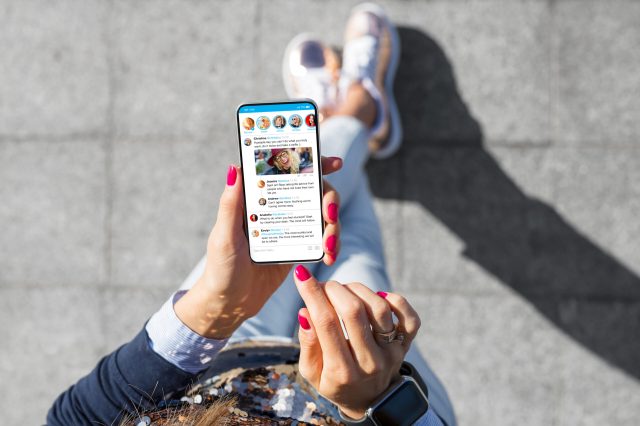 Communication is an important skill to have, but it is not always easy to do. Human beings are not always able to effectively communicate. Sometimes one is too emotional, too stubborn, too afraid to properly get their message across. This can lead to tumultuous relationships and unhappy people. It is a universal life experience to attempt a conversation with someone and almost feel like that person is speaking another language.

This same concept can be applied to social media. Have you ever logged onto TikTok, Instagram, or Twitter only to be bombarded with slang, inside lingo, and acronyms? What does it all mean? It can be overwhelming. Don’t worry; we’ve got your back. Here are five helpful social media sayings including TFW and how to use them.

Both “fire” and “lit” mean that something is good or cool. It is similar to “groovy,” “out of this world,” “rad,” or “excellent.” Lit can also mean intoxicated, but it is more often used as meaning good. Examples include: “The new Harry Styles single is fire. I can’t get enough of it.” “Your new haircut is lit. I absolutely love it.”

“Fit” is just a shortened way of saying outfit. Those three extra letters are just so burdensome to type, so it has been shortened. “This is my fit for the event. What do you think?” “Ugh I have nothing to wear. I need a new fit.”

This phrase did not start on social media but is frequently used there. It has actually been around for some time. It literally means “fixing to.” It means someone is about to do something or is getting ready to do something. It is a common phrase used in the southeastern United States. “I’m finna make lunch now.” “I’m finna finish my to-do list.”

This acronym literally means “that feeling when.” It is most often used to captioned memes to provide emotional context or make a satirical point. There is a sort of unwritten formal for these types of posts. It usually starts out with “TFW” and then talks about a universal life experience, like your frustration over a broken cell phone. It can also make a funny joke or social commentary, like how it feels to have to go to the DMV. It almost always has a visual, meme element to it. Examples include: “TFW your car won’t start.” “TFW you’re done with your work week.”