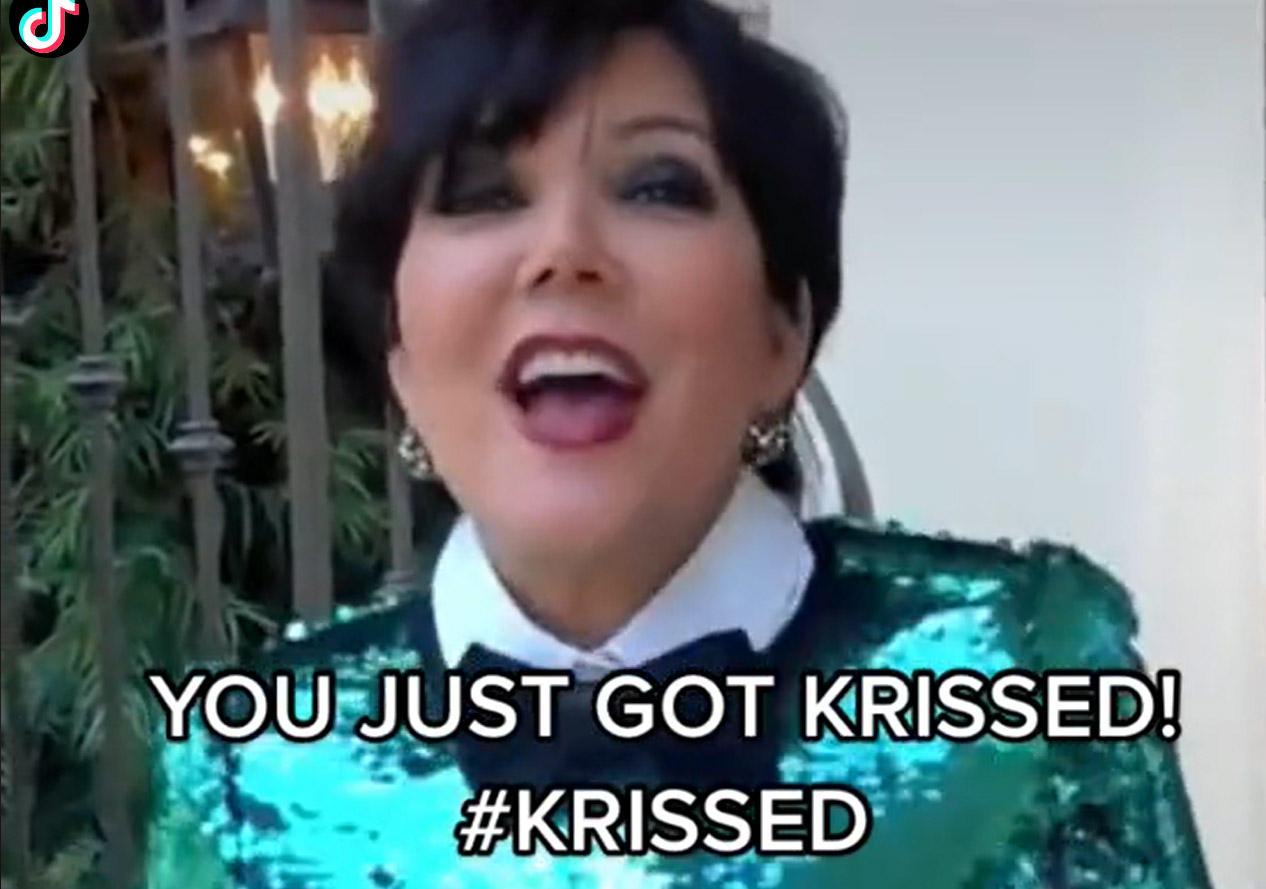 Watch out! A new meme is driving TikTok users to distraction. A portmanteau name can be the sign of a great meme, but this one has fans begging for it to stop. Over the past week, more and more people have been Krissed – and who else could the Kris part be but Kris Jenner?

What does it mean to be Krissed?

You know how it is, you’re rolling through some quality TikTok videos, then you come across one with some incredible news about your favorite celebrity. It’s shocking, heartbreaking, something you never knew – and it’s completely untrue. At the end of the misinformation, a video of Jenner dancing pops up. Guess what? “You’ve just been Krissed.”

In some ways, we’re lucky this has only erupted on TikTok this week — the Krissed video where Jenner dances to Lady Marmalade is from a 2012 Kardashian photoshoot. An iconic moment, but one that viewers are learning to dread when they’re on TikTok. To rub it in, the meme speeds up Lady Marmalade like its taunting users.

How much can TikTok users take?  In one response video, a user complained, “I’ve been krissed about 30 times today!”.

Yes, it’s another one of those ‘Gotcha!’ pranks that pop up every now and again. Somehow, the pranksters have found the next Rickrolling and it’s catching out millions. Increasingly unbelievable clickbait is drawing in viewers and it’s getting them good.

One of the worst, or best, offenders has attracted nearly 7 million views in three days – a video titled, “OH MY GOD GUYS Kendall Jenner has announced she is pregnant!!” You guessed it, every viewer was Krissed.

The Kardashian clan is at the center of most of this fiendish content, but it’s roping in other celebs as well. Videos with news about Harry Styles, China Anne McClain, Tom Holland, and Zendaya have left TikTok users Krissed. It looks like no celeb is safe, and some viewers have had enough.

Fans have jokingly pleaded for the meme to stop. Well, semi-jokingly. “I always fall for it!,” claims one video. “I like am so done with it now at first it was funny but I truly start believing half of them,” is another. We’re just too polite to mention some of the other response titles and comments. Of course, there are plenty of other users out there happy to Kriss their friends and other TikTok viewers.

You have been warned – be careful next time you see a video with some gossip that’s just too unbelievable to be true. Could this meme burn out quickly? Some of the biggest Kardashian fans have their fingers ‘Krossed!’