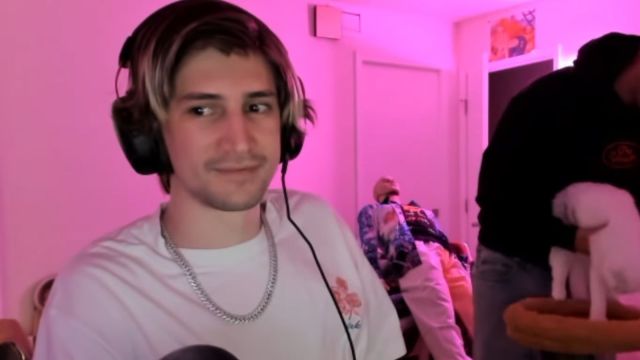 Popular variety streamer and gamer xQc has taken a sudden break from streaming after falling violently ill upon the TwitchCon San Diego festivities that took place on Oct.13. The news worried his fans who were concerned for the gamer’s wellbeing.

Shortly after the streaming convention ended, Félix Lengyel, also known as xQc, missed a stream, letting fans know through Twitter that he had fallen sick. Not long after, he updated fans through a video where he explained to have twice tested positive for Covid. Since his health update, Lengyel had been using social media as a means of communication with fans. However, amidst tweets while in quarantine, xQc posted a picture where he is seen lying in a chaotic room, emphasizing the state he was in after testing positive.

The picture alarmed fans yet again, but it would soon be topped with an even more distressing situation regarding the Overwatch streamer. On Oct.22, after xQc was already fully recovered from Covid, the streamer admitted to having a “double ear infection,” which affected “both sides of [his] face.” The Canadian streamer also said that “laying down, talking, chewing” all hurt.

A day after, the Quebec-based streamer finally sent another disheartening update to his fans. The symptoms of his double infection had only worsened, and he had to visit urgent care after suffering from “unbearable pain,” resulting in his ears bleeding. xQc also admitted to being on antibiotic drops, but to no avail as he eventually only got worse. “Woke up in a worse state. I’m so swollen I can barely hear anything, I can’t chew or talk right,” the tweet read.

The 26-year-old streamer rose to fame as a professional Overwatch player. He has remained a polarizing figure in the gaming scene and streaming world in spite of not being tied to the Overwatch league anymore. Since his departure from the professional league, xQc has been the target of several controversies, most recently being criticized for wagering over half a billion dollars, thus promoting gambling to an audience that involved susceptible children and teenagers.

Earlier this year, Lengyel was banned from YouTube for allegedly violating community guidelines. He took his case to the court of public opinion via social media to criticize the platform and YouTube Creators for demonetizing his videos, requesting a manual review of the unfortunate situation affecting him. Between his channel woes, falling ill after Covid, and the double viral ear infection, it is fair to say 2022 has not been a great year for Lengyel.

As of Oct.25, there are no new updates regarding the whereabouts or health state of xQc. Most fans expect Lengyel to be resting at home, recovering away from the cameras from the relentless train of illnesses that seem to be following him.