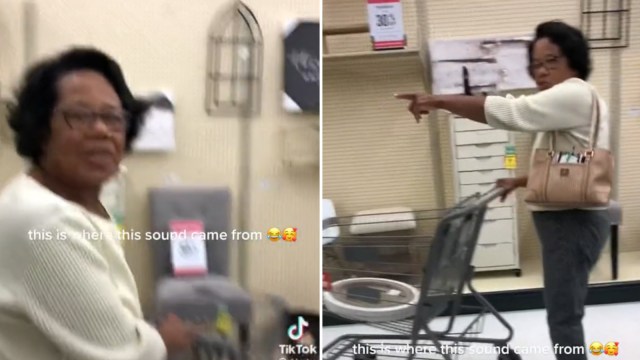 For years, trends have taken off and it’s weird where they come from. Some people have tried to create a trend, and that’s just not how it works. They tend to come from nowhere just like the latest “get somebody else to do it” TikTok trend.

A grandmother is walking around with her cart and she gets asked a question by her granddaughter. The granddaughter says it’s for an audition, but grammy isn’t having that. She says, “get somebody else to do it,” and that’s what it takes to make a video go viral. There is no science to it, but this is how the cake is baked.

In a flash, an 8-second clip went starburst. TikTok has a way of making things go crazy on the internet. When Skai Jackson who played Zuri Ross in Jessie got involved, the clip was bound for stardom.

And this girl is typing! She’s obviously doing data or configurations of some kind. Can she get a break? She deserves a raise. Can she get that? No! Someone has to ask her to record. This ish is getting hilarious at this point.

It gets better as more people get into the mix. Imagine sitting in your kitchen minding your own business when someone shoves a camera in your face. It takes two minutes to prep, ten retakes AT LEAST, and then cut and edit for it to get in the can. Ain’t nobody got time for all that.

This one looks like she’s about to fight somebody. She’s studying across the street and she’s dressed for battle. Now, how is anyone going to ask this lady if she has time?

If you can huh, you can hear. Go help the nurse in room #25! What’s the problem? Does she have hearing loss or is it a case of the grammys? Get somebody else to do it.

The funny thing is no one’s building on it. They’re just doing it over and over. That’s what makes it more hilarious than ever. This girl is sitting on the couch minding her own business when she gets asked to do an audition.

Trends are fun to try, but most of the time they come from left field. No one ever knows where the next trend is going to come from, but this one was fun. It just might last for a few more minutes until the next one comes.