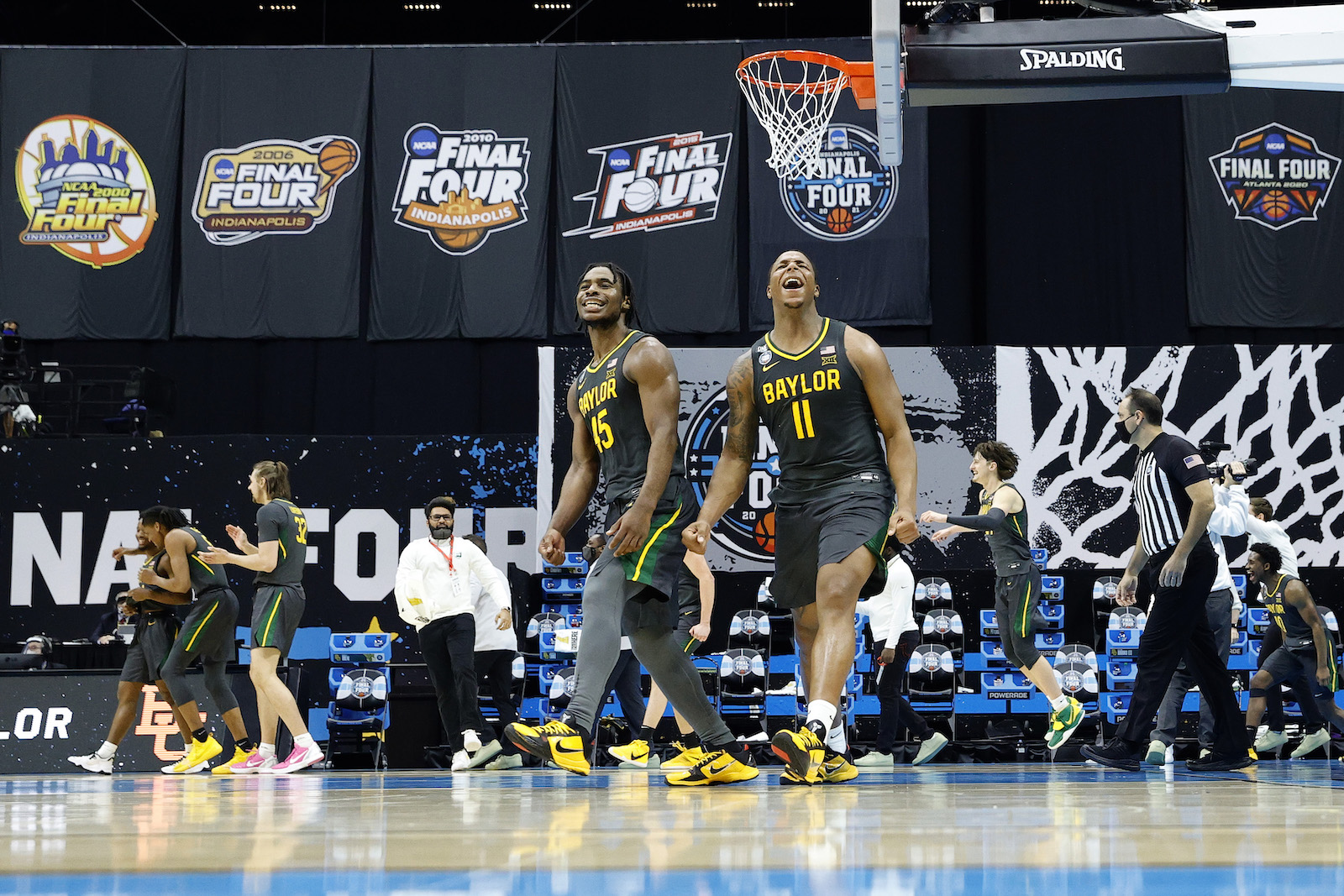 You got talked into an office pool. Or your friends started up a bracket challenge and asked you to jump in. Perhaps you’ve signed up for one of the many, many online tournaments offering prizes for you to enter their bracket.

One way or another, if you’re here, I’m betting that you have something on the line as you fill out a bracket (or 10) for the upcoming Men’s NCAA basketball tournament, otherwise known as March Madness.

The pool of 64-plus was announced on Sunday, and as is the case every year, everyone has an opinion or predictions and they’re taking to the airwaves and social media alike to give you advice and show you their bracket.

The bracket of 64 (not counting the First Four, which is a play-in tournament of sorts) is broken up into four regions — West, Midwest, East, South. Each of these regions is ranked 1 through 16, giving us four No. 1 seeds, which all play the respective 16th seed in their portion of the bracket, and so on through the rankings.

This year, the four No. 1 seeds are: Gonzaga (West), Arizona (South), Baylor (East) and Kansas (Midwest).

Where the school is from has only a small bearing on which part of the bracket teams wind up in (see: No. 4 seed UCLA in the … East bracket…).

Perhaps the most thrilling two-day span of the year for sports fans is the opening round of March Madness.

Let’s break it break it down first, then go a little deeper:

The first and second rounds are held in eight different locations:

Then, the regional hosts for the Sweet 16 and Elite Eight are as follows:

The Final Four and title games are, as noted above, at the Superdome in New Orleans, Louisiana.

The games are broadcast across four networks: CBS, TNT, TBS and truTV. So, if you are scrambling to find a game, just click on one of those stations and chances are, you just might find one.

For the most part, the moniker came about due to the crazy nature of upsets and anything-can-happen games that happen on day one of the tourney. Round 1 takes place over March 17-18.

From the very first tip-off of the tourney, the games come in rapid succession, with tons of overlap and people gathering around multiple screens at once. 16 games will be held on both March 17 and 18. That’s right, 32 games in two days.

The first game begins at 12:15pm ET on Thursday, March 17, with Michigan vs. Colorado State on CBS, and the last game of day one tips off at 9:57pm with Kansas taking on the winner of the Texas Southern vs. Texas A&M-Corpus Christi game.

Friday, March 18 starts with Loyola Chicago against Ohio State at 12:15pm, and the last game to get started is TCU vs. Seton Hall at 9:57pm again.

The second round of action spans across March 19-20, with games starting at noon on both days.

Following that, the Sweet 16 will start at 7pm on both March 24 and 25, broadcast on CBS and TBS.

The Elite Eight has as 6pm start on March 26 on TBS, with the other games beginning at 2pm, March 27, on CBS.

Down to the Final Four, the two games are played back-to-back starting at 6pm, April 2, airing on TBS.

The National Championship game is scheduled for 9pm, April 4, on TBS.

Need a specific game’s start time and channel? Check out the official listing, and a live scoreboard to boot.

You can really find one of these just about anywhere, but here is the official one courtesy of the NCAA.

Every year there are top teams that fall earlier than expected, which are called “bracket busters.” If every game went chalk (highest-ranked team winning), then the fun of a bracket wouldn’t exist. Knowing which squad will be a Cinderella (a team that surprises everyone by winning unexpectedly) is the key to picking the right upsets and getting a leg up on everyone else filling out a bracket (you gotta beat your office mate/roommate/best friend/rando person online, right?).

No. 2 Ohio State was shocked by No. 15 Oral Roberts 75-72 in overtime as the highest seed to lose in the first round.

There were technically 10 upsets in round one alone last year, meaning nearly 1/3 of games did not go as expected. Keep that in mind as you fill out your bracket. Take some risks, but if you really want an edge, you gotta put in some time and research (more on that to come).

The next No. 1 seed to lose was Illinois in the second round. UCLA then shocked No. 1 Michigan in the Elite Eight round, and as alluded to just a moment ago, the other two No. 1 seeds made it to the title game.

10) No really, gimme some Cinderellas

Start simple. Look at the teams that have to travel the furthest, and the ones that are playing the closest to home. These are still teenagers (mostly), in college, and as we know college kids can tend to get distracted in all sorts of ways, or have their mood and performance altered. It’s human nature, so start small.

After that, consider who is on a win streak. Which team has suffered a recent injury to a top player? Best scoring margin? Record in home games vs. away games?

This isn’t a research column; this is just some info to spur you on your way.

OK. Maybe just a couple names since you read this far.

Here we go. First round only. And these are not intended for actual betting advice. They’re just a guy telling his readers who he thinks will take a few surprise victories early in the tournament.

Good luck with the brackets, and happy March Madness!