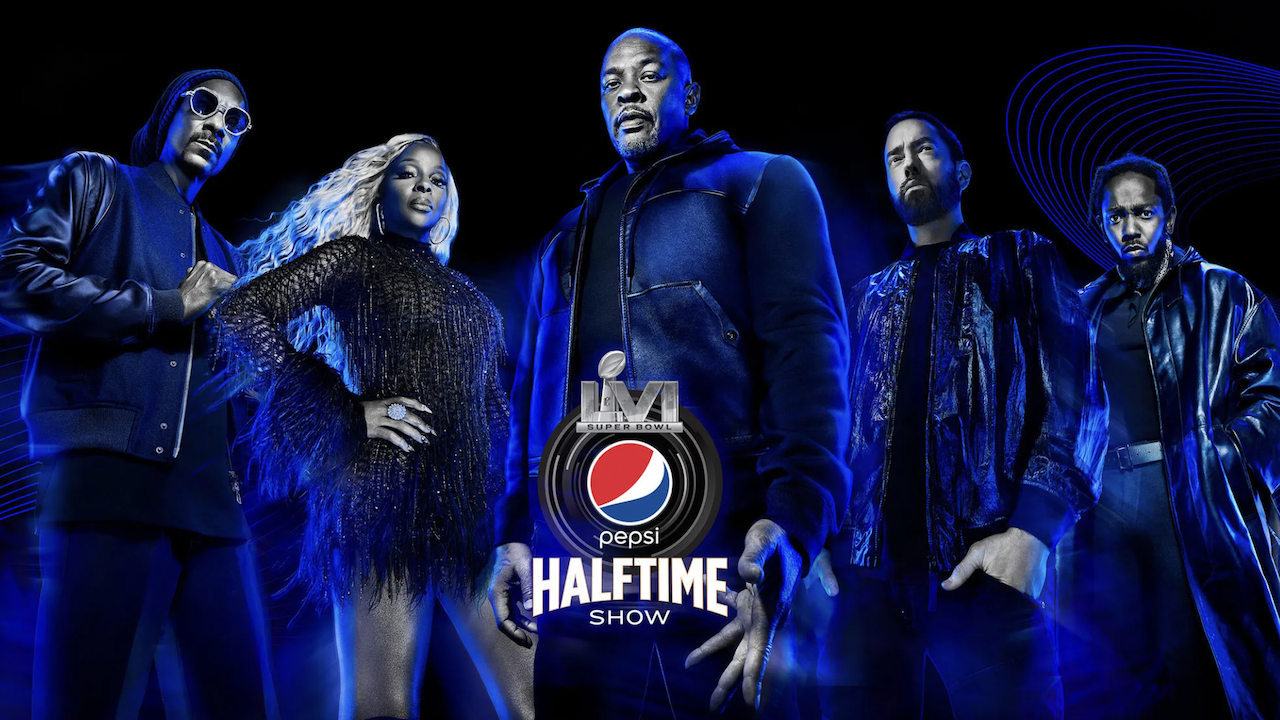 The performers have sold a collective total of over 300 million records and, if previous years are any indication, will have to condense their superstar performance to about 15 minutes.

For Eminem, this will be his first performance since being nominated for the Rock & Roll Hall of Fame last week. Whether he actually gets inducted will be announced in May.

When does the Super Bowl Halftime Show start?

The Super Bowl will take place this Sunday, Feb. 13 at SoFi Stadium in Los Angeles. It’s scheduled to kick off at 6:30pm ET, thus placing the start of the halftime performance likely between 8:05-8:25pm. The game will air live on NBC and stream on NBC Peacock.

The Super Bowl itself will be contested between the NFC Champion Los Angeles Rams and the AFC Champion Cincinnati Bengals. It’s the first time in NFL history that the pre-determined “neutral” site of the Super Bowl happens to also be the home stadium of one of the teams playing it.

When the halftime show was initially announced 3 months ago, Dr. Dre said “Everyone’s gonna be completely satisfied and enthusiastic about what we’re about to do.”

Yesterday, it was announced that Dr. Dre will add two deaf rap artists who will provide sign language during the performance. Though it’s not a first for a Super Bowl performance, Warren “WaWa” Snipes having signed last year’s pre-game, it’s a first for the NFL’s big halftime showcase. Snipes is actually returning as he is one of the two deaf artists who will be signing this year’s halftime show along with Sean Forbes.

This year, it will be Sandra Mae Frank providing sign language during the pregame performances of the National Anthem and “America the Beautiful.” Sandra Mae Frank is a producer and actress, most recently appearing in the hit NBC show, New Amsterdam, as Dr. Wilder (a completely different type of Dr. than Dr. Dre).

Who’s in the pre-game performances?

“Lift Every Voice and Sing,” a century-old hymn often called the Black National Anthem, will be performed by the gospel sister duo Mary Mary and backed by the Youth Orchestra of Los Angeles which will be conducted by Thomas Wilkins.

There also happens to be a football game being played which may or may not add to the overall entertainment of the evening.