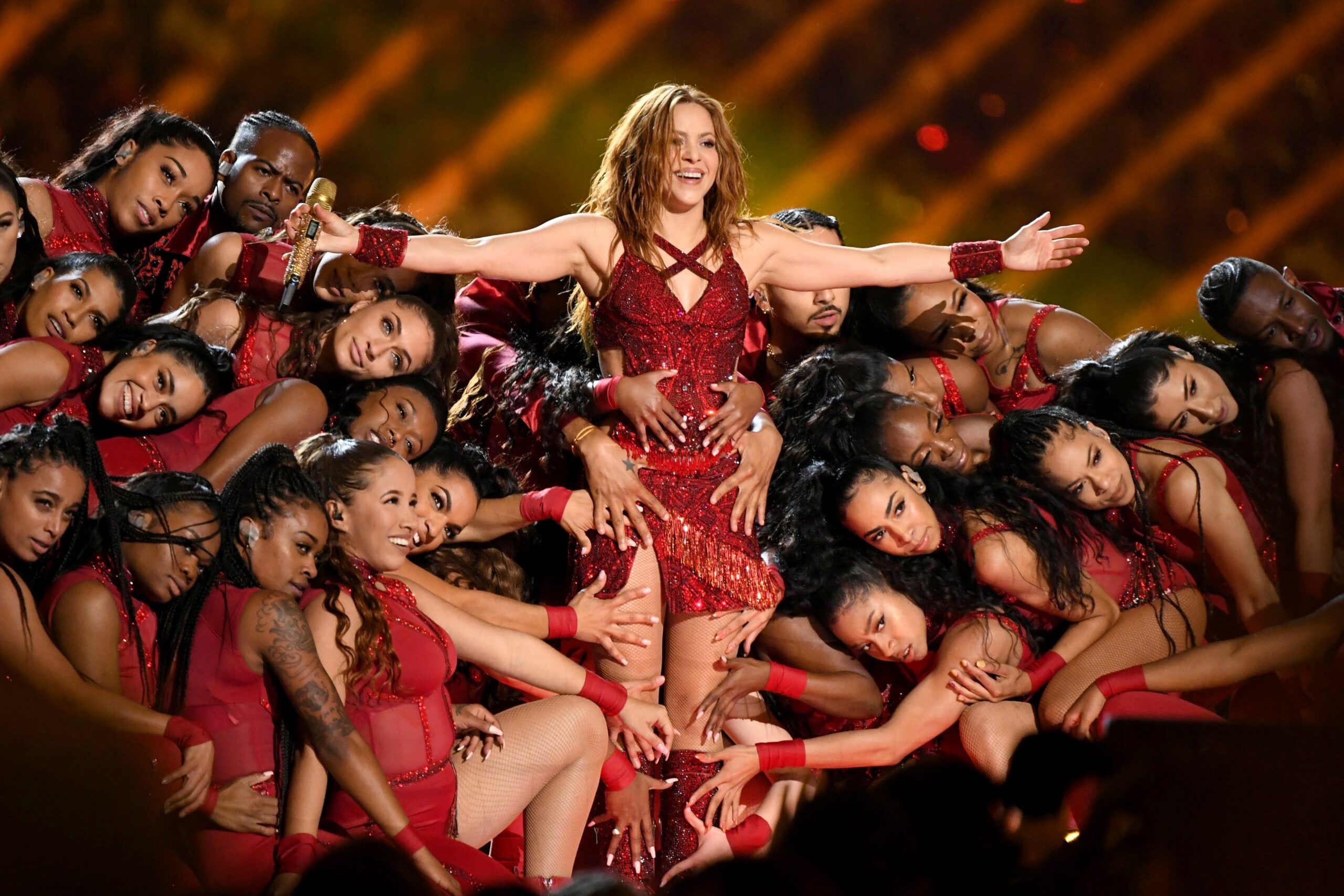 Imagine a pair of astronauts both blasting off into the sky at halftime of a Super Bowl? Well, believe it or not, that’s basically what happened in the first-ever Super Bowl halftime show.

On Jan. 15, 1967, the Green Bay Packers led the Kansas City Chiefs 14-10 at halftime of the first AFL-NFL Championship Game (now retroactively referred to as Super Bowl I). That’s when two men wearing jet packs on their backs blasted off from the field and above the Los Angeles Memorial Coliseum, introducing the inaugural spectacle known as the Super Bowl Halftime Show.

Since then, the extended halftime extravaganza has grown to become an annual topic of conversation, sometimes more so than the game itself. The halftime of most NFL games is usually 12 minutes long, but the Super Bowl Halftime Show is much longer for the sake of entertainment. The show itself usually lasts 14 to 16 minutes. With set-up and takedown required, the full halftime lasts nearly 30 minutes.

Here’s a fairly brief summary that touches on the best of those half hours.

Halftime shows were nothing new. Pro Football mimicked what College Football started years before the NFL by having local marching bands provide entertainment during the downtime. The Super Bowl called for something much more unique, though. This was partly because the inaugural game was not considered as important as it is now.

The flying men of that first halftime show were a part of a production that featured over 1,000 people on the field (a number easily surpassed in later halftimes), including the Grambling State University Marching Band and the University of Arizona Symphonic Marching Band. However, that was nothing compared to the number of pigeons released who flew after 10,000 balloons that were also released. In total, over 4,000 pigeons partied above the Coliseum at halftime.

The Grambling State University Marching Band returned the following year and Florida A&M University Band entertained the crowd at Super Bowl III in Jan. 1969, which is actually the first time the game was ever called the “Super Bowl.”

More marching bands made their appearance during the big game in this decade as its popularity grew immensely. There were some unique performances, like the non-profit organization Up With People showcasing a variety of performing arts in 1976 and the “It’s a Small World,” production from Disney in 1978

The decade began with a “Tribute to Mardi Gras,” at Super Bowl IV in New Orleans. It was the first time that the Super Bowl Halftime Show featured a performance from big celebrities. Tony Award winner, Carol Channing, and legendary jazz musician, Lionel Hampton, entertained the audience at Tulane Stadium.

Two years later when the game returned to Tulane Stadium, so did Carol Channing and this time another jazz legend, Ella Fitzgerald, also graced the field in a performance that will likely never be appreciated since the footage is sadly considered lost.

At Super Bowl IX in Miami in 1976, Mercer Ellington led a tribute to her late father, the great Duke Ellington. She was supported by his band, which featured famous jazz trumpeter Cootie Williams and singer Anita Moore. The Grambling State University Marching Band appeared here again as well.

The 1987 edition, which was in the Rose Bowl in Pasadena, California, was called, “A Salute to Hollywood’s 100th Anniversary.” It was introduced by George Burns and one of the band’s dancers was none other than Mickey Rooney, who made the best to get a laugh out of the crowd.

In 1988, fans got a kick out of the Rockettes with a twist from Chubby Checker.

The last halftime show of the decade was in 3-D, so you needed special glasses that were made available by Coca-Cola through their retailers. It was a tribute to 1950’s Rock n’ Roll and was called “Be Bop Bamboozled” which, coincidentally, is exactly what happened to the Cincinnati Bengals that day.

New Kids on the Block had a bunch of hits. With their performance in 1991, they were also the group that triggered a new era of the Super Bowl Halftime Show where chart-topping artists took the stage. This was a turning point in Super Bowl Halftime history, really making it a “show” as opposed to just annual “entertainment.”

The following year, Gloria Estefan performed, then after that, mega-superstar Michael Jackson thrilled the crowd and the halftime show started to become what most people looked forward to on Super Bowl Sunday, thanks in part to many blowouts in the game itself at that time.The rest of the decade was filled with big names including Patti Labelle, Teddy Pendergrass, Tony Bennett, Boyz II Men, Smokey Robinson, The Temptations, Stevie Wonder, ZZ Top, James Brown, Queen Latifah, and more.

In 1996, Diana Ross performed, stole the show (almost like how Larry Brown did on the field later that day), and exited by hopping on a helicopter and flying away, waving goodbye as she soared to the sky.

Despite performances by Phil Collins, Christina Aguilera, Aerosmith, U2, Shania Twain, No Doubt, and others, the first half of the decade was mostly remembered for the 2004 show featuring Justin Timberlake and Janet Jackson, thanks to an infamous wardrobe malfunction.

It is speculated that this caused a shift in who was booked for the next few shows, as the organizers decided to go for artists that were perceived as safer, limiting the opportunities for controversy.

Sure enough, the second half of the decade was filled with older music legends. Phil McCartney, the Rolling Stones, Tom Petty and the Heartbreakers, and Bruce Springsteen and the E Street Band were all showcased.

It was a highly regarded 2007 performance courtesy of Prince that may consider the most memorable of the period.

Beyoncé commanded the stage in 2013 at Super Bowl XLVII in New Orleans, which experienced a blackout mid-show. She took it like the professional she is, and the show went on with a Destiny’s Child reunion to boot. Just three years later, she upstaged Coldplay at their own headlining Super Bowl halftime show, doling out sips of what would become Lemonade.

It was a decade that saw Madonna, The Black Eyed Peas, The Who, Coldplay, Katy Perry, Maroon 5, Bruno Mars, and Lady Gaga all entertain the masses. Much like the previous 10 years, this decade also featured many unforgettable games in that little sideshow called the Super Bowl. It was also the return of Justin Timberlake to the halftime parade since the controversial 2004 edition he was a part of.

Shakira and Jennifer Lopez shook the audience in 2020.

Last year, it was Super Bowl Weeknd, thanks to the Weeknd, who gave both a performance and an experience as he concluded the storyline of his “After Hours” character.

Who Has the Most Appearances?

You may have figured out the answer by their numerous mentions in this article.

Despite last performing at the Super Bowl in 1998, the nationally renowned Grambling State University Marching Band has the most appearances at the Super Bowl Halftime Show with six appearances. However, when you consider that the Grambling band at its peak is 250 people strong, this is far outweighed by the 4,000 pigeons of Super Bowl I!