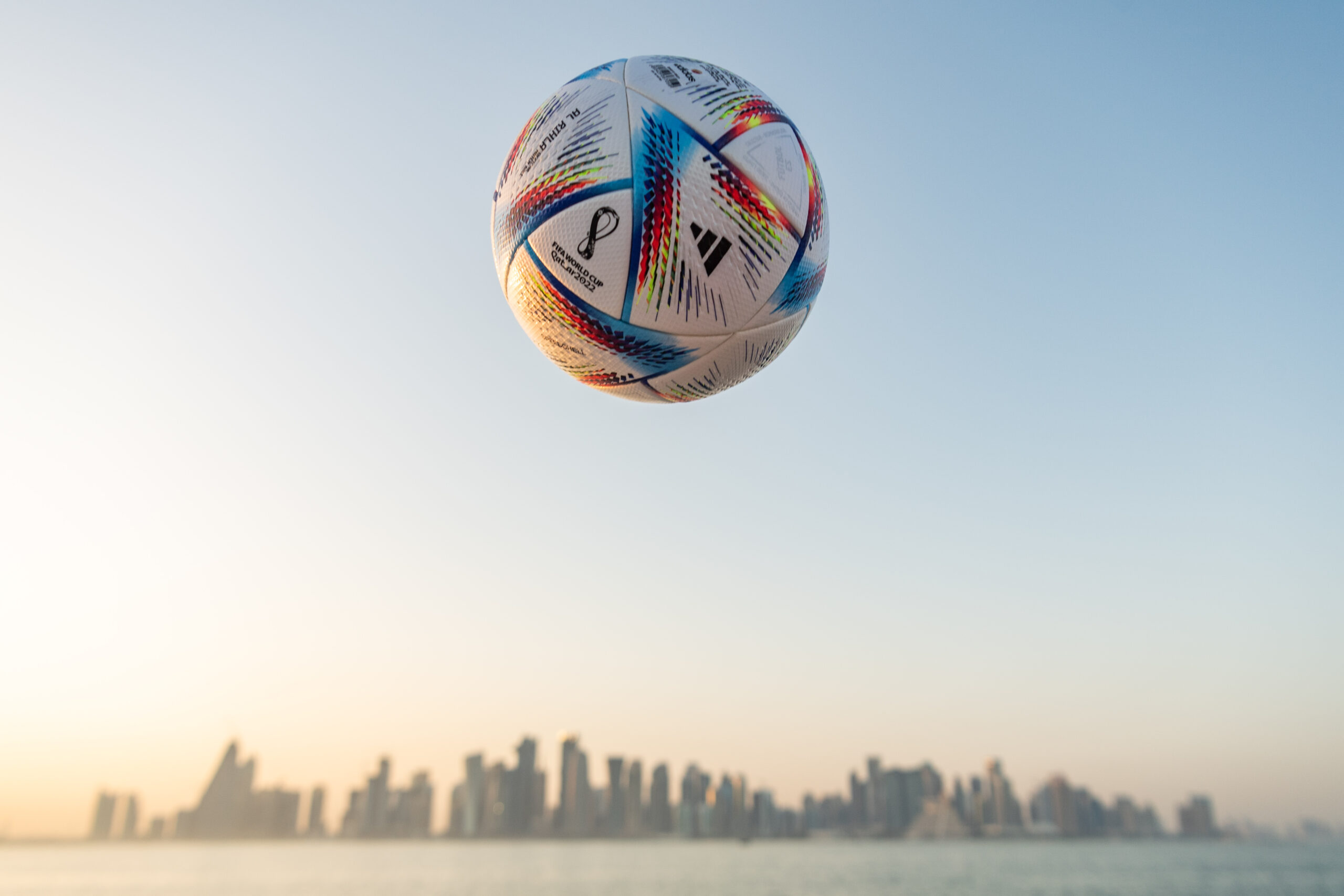 Throughout the course of the World Cup, there will be 64 times to find a screen and watch the world’s finest run across the green pitches in Qatar. Over 22 game days (and 27 total days from Nov. 21 to Dec. 18), there are 48 group stage matches, eight more in the Round of 16, four in the quarterfinals, two in the semifinals, the third-place match, and the World Cup final.

More than half of the 2022 FIFA World Cup group stage matches will air during the daytime in the U.S., giving fans a chance to watch a lot of the early action unfold.

The 64 total World Cup matches across the competing nations will be split up to air on either Fox or Fox Sports 1 (FS1) — 35 on Fox and 29 on FS1. Every match will also be available streaming on the Fox Sports App and will be available via the Peacock Premium App. It appears that matches will not be streaming via Fifa.com, which has just launched its own streaming service and doesn’t mention live 2022 World Cup matches, but does offer a cavalcade of historic games and other programs.

Remarkably, 34 of the 64 matches airing on Fox (all but one) will air during a watchable time frame as well. There are 34 matches starting at either 10am, 11am, or 2pm EST.

The very first match to kick off the 2022 World Cup is Netherlands vs. Senegal, but you’ll have to get up early (or stay up super late on the West Coast) to watch, as the match starts at 5am on Nov. 21 on Fox.

Once things hit the later rounds, nearly every match will be on Fox, but of course the ones falling on Sundays, when Fox will broadcast its NFL slate over the World Cup, will be on FS1. The same holds true in the group stages, of course, where Sunday matches will be on FS1.

Several months ahead of the World Cup, the favorites to win it all are Brazil, followed by France, England, and Spain.

On the all-consuming Thanksgiving Day, which already features NFL action on the television as a distraction and immersion, there will also be some World Cup action. There will be two World Cup matches that will air ahead of the annual Thanksgiving Day NFL game on Fox — featuring the divisive Cristiano Ronaldo and Portugal as well as Neymar and Brazil — giving U.S. viewers a full slate of differing football offerings.

“It’s fitting this tournament will take place during the holiday season because the draw was a gift to soccer fans everywhere, highlighted by the USMNT’s return and an epic rematch with England, alongside so many storied group stage matchups,” said David Neal, vice president of production for Fox Sports and the executive producer of the FIFA World Cup. “Between global heavyweights playing each other early on and having the opportunity to present what could be the last FIFA World Cup for Lionel Messi and Cristiano Ronaldo, Fox Sports is honored and excited to bring our world-class production to not only showcasing the matches, but also delivering nearly 100 hours of studio shows on linear alone around them.”

In addition to the Fox Thanksgiving Day coverage, fans will have a chance at a glutton of games if they want to feast on football all day long. Uruguay takes on Korea Republic at 8am EST on FS1 before the action moves over to Fox. Portugal vs. Ghana will start at 11am followed by Brazil vs. Serbia at 2pm ahead of the NFL on Fox pregame show that begins at 4pm.

Across Fox Sports, there will be nearly 100 hours of studio coverage. The show called “FIFA World Cup Live” will start at 4am during the first eight days of the World Cup. After that, the start time shifts to different start times of 9am and 1pm.

The World Cup final caps the whole shebang on Dec. 18, starting with the pregame show at 9am and the match kicking off at 10am. (That’s a wee bit early on the west coast). Typically, the show will air one hour before the first match of the day, including one hour prior to the late-stage rounds.

Following the action after every match, there will also come the FIFA World Cup Today program, switching between Fox and FS1 depending on the match to come. For instance, even though Germany vs. Japan on Nov. 23 airs on FS1, the next match on the slate airs on Fox, so that’s where the postgame show will be, but this sometimes excludes the last match of the day.

Finally, the FIFA World Cup Tonight show will be broadcast on Fox at midnight in all time zones on each game day.

The complete 2022 World Cup schedule — dates, times, where to watch

Here it all is, every single match to come during the World Cup. Feel free to save this page to return to when you’re trying to figure out what match is when and on which channel.

(There are a few matches the channel is tentative, marked *, meaning Fox could switch them from one to the other.)

While the last team to enter Group B is still to be decided, it was announced that, as of now, the Ukraine vs. Scotland first leg of the European qualifier playoff will be played on June 1. Then, the winner of that match will go on to face Wales on June 5, with the winner of that June 5 match earning the final spot in Group B.

Advancing past the group stage

The top two teams in each group move on to the Round of 16, with pairings of first-place finishers facing off against the second-place club from another group, such as 1B vs. 2A (top team in Group B vs. the second best team in Group A). There will be two games per day from Dec. 3 through Dec. 6.

As the Group of 16 is a knockout stage, as they say, only the winning teams advance to the next round, where the remaining eight clubs go through another single-elimination round.