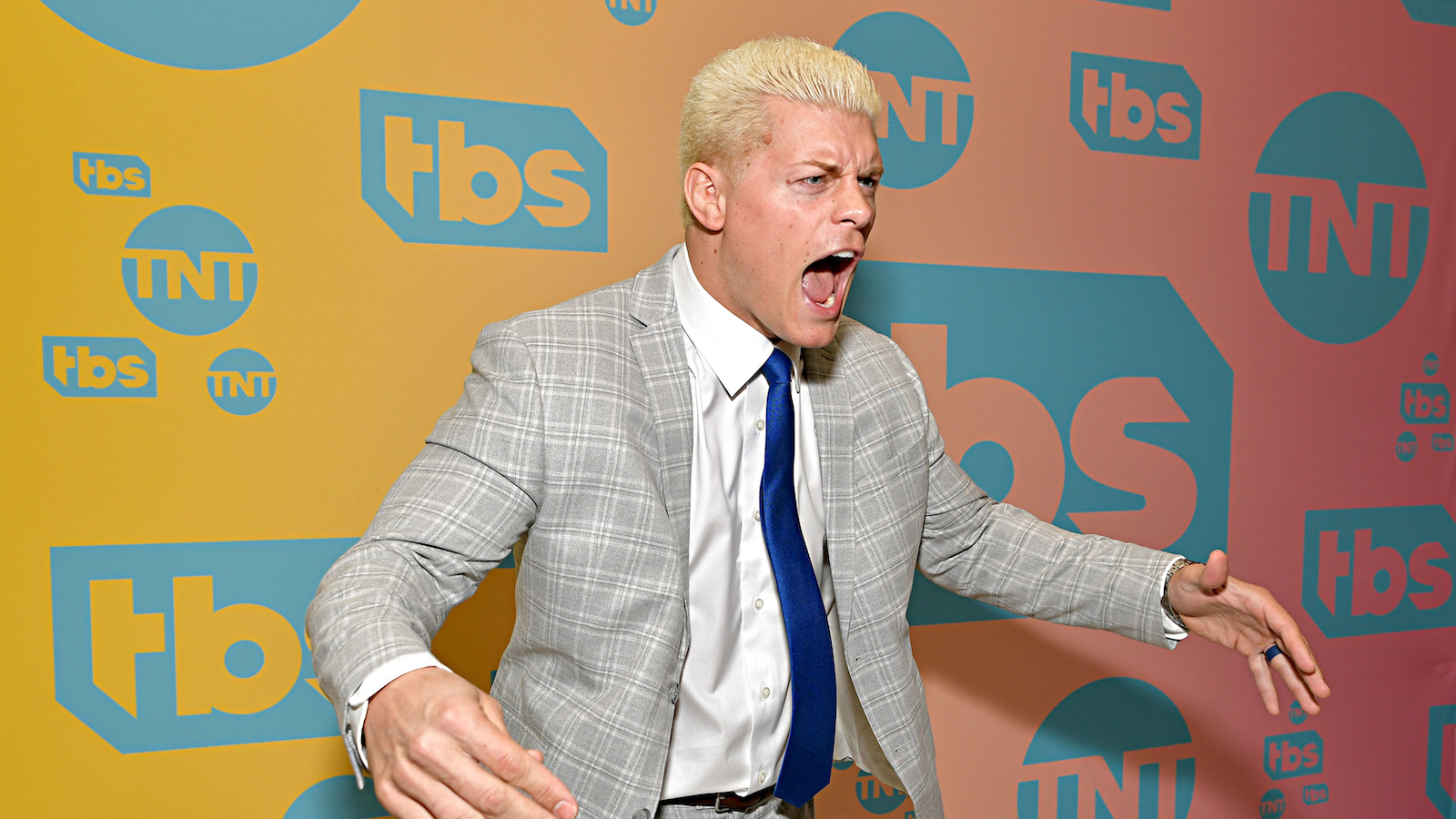 In a move that almost seems like it’s taken straight out of the playbook of pro-wrestling melodrama, Cody Rhodes, along with his wife, Brandi Rhodes, is leaving All Elite Wrestling, the wrestling promotion he helped found in 2019.

TMZ reports that AEW CEO Tony Khan confirmed the news today, stating, “Cody and Brandi Rhodes were integral to the launch of All Elite Wrestling. Cody’s ability combined with his boldness and his passion for our industry and his love for community outreach helped AEW deliver on our mission to give fans what they needed for far too long — something new, innovative and lasting.”

Rhodes was one of the promotion’s top stars, earning the TNT Champion title three times for AEW. The spark of life for AEW Rhodes co-promoted the independent wrestling show, All-In, that gave birth to AEW, along with the Young Bucks and in association with Ring of Honor. All-In was the first non-WWE or WCW professional wrestling event in the U.S. to sell 10,000 tickets since 1993.

Rhodes, who served as AEW’s executive vice president, was very much the face of AEW when the company formed. According to TMZ, sources are saying that Khan and Rhodes had been experiencing friction in their working relationships lately stemming from Khan’s rising star in the company. Rhodes has released a statement of his own on Twitter reading, in part, “The ‘revolution’ was indeed televised, and I’ve been incredibly lucky to be part of that.” Rhodes goes on to conspicuously thank Khan, stating, “He’s taken the baton and run with it, and it was an honor to work for him and to know him on a personal level. He’s a beautiful soul.”

It can be argued that Rhodes, a popular legacy wrestler who had been with WWE since 2005, provided the spark that ignited the new global wrestling scene that led to the foundation of AEW. However, TMZ reports that Rhodes may currently be in negotiations to rejoin the organization. Rhodes did not have a non-compete clause in his AEW contract.

Rhodes’ departure to WWE would be an anomaly in the current clime where the trend has been for wrestlers to jump ship from WWE and others to join AEW rather than the other way around. Christian, Daniel Bryan, Rusev, Matt Hardy, Aleister Black, Dean Ambrose, and Chris Jericho all left WWE to join AEW.

Earlier this year, Sportskeeda reported that Rhodes’ AEW contract was in a nebulous state, with the wrestler himself commenting, “I’m not even on payroll anymore.” However, Rhodes continued to work without a deal and indicated he was awaiting some form of handshake agreement with Khan in the future. Even the tension of that situation wouldn’t have led fans to believe it would come to Rhodes leaving the organization he helped to build from the ground up. Indeed, former WWE manager Dutch Mantell told Sportskeeda’s SmackTalk that he believed the contract narrative was pure storyline, nothing more.

“I think it’s just something to get eyes and thoughts on AEW. I don’t think that, I mean, he’s one of the founders of AEW, just Tony Khan coming along and having the money, putting behind it. But I think they’re just working it for what they can get out of it and it will turn into an angle too,” said Mantell.

Apparently, the situation was quite a bit more complex.