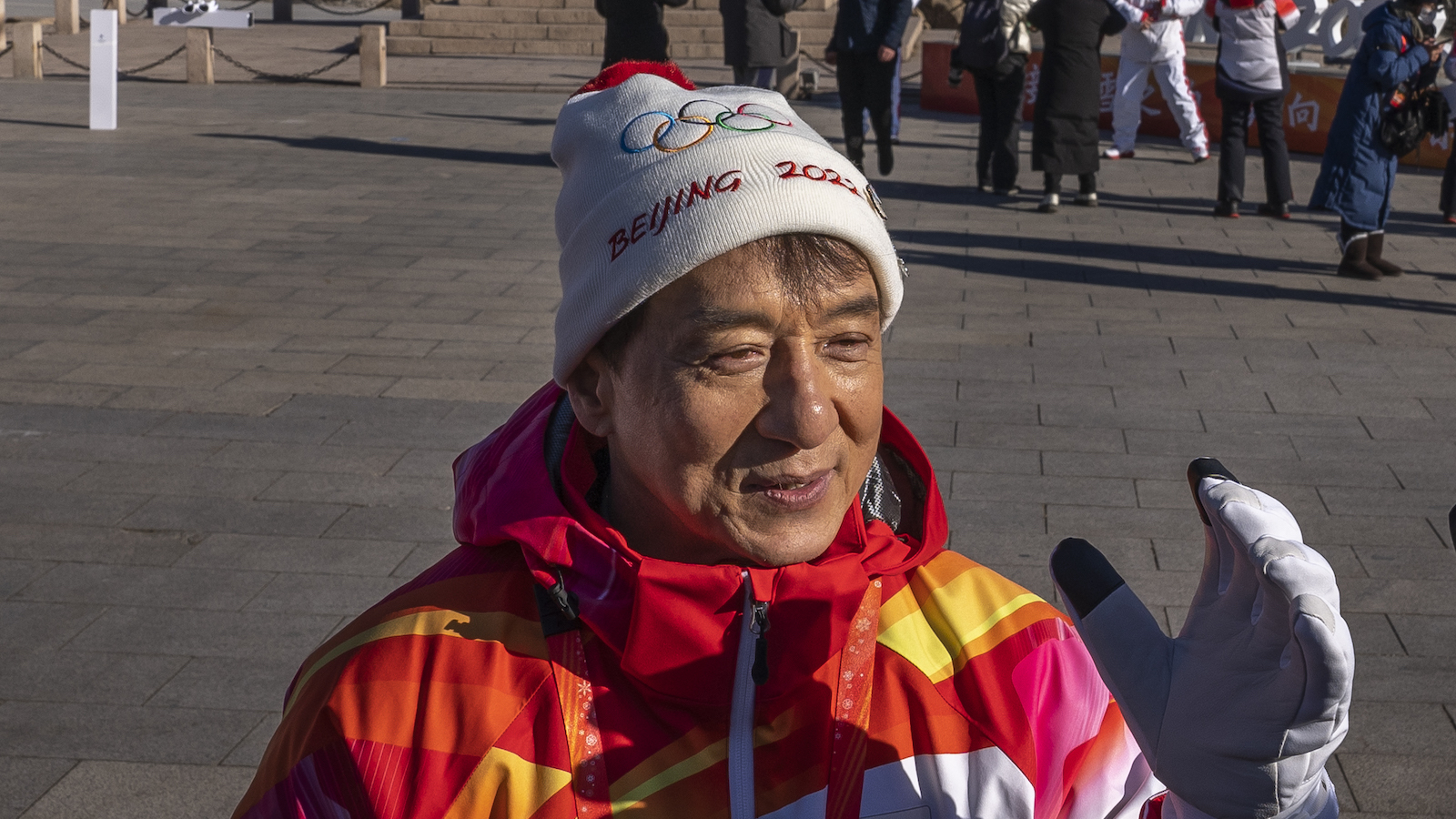 The build-up to the Beijing Winter Olympics is now in full swing, with the Olympic torch making its way across the country. And, on February 3rd, Jackie Chan carried the symbolic flame across one of the world’s most famous landmarks.

Most known in America for his role in legendary action and comedy movies like Police Story, Shanghai Noon, and the Rush Hour franchise, Chan carried the torch along the Great Wall of China as part of the relay ceremony.

After completing his run, Chan talked to gathered reporters. According to Reuters, the star said, “I woke up at 4 a.m. This is my fourth Olympics. I’m very happy. I’m also cold!”

During the relay, Chan was joined by Ma Long, who is widely regarded as the best table tennis player of all time. Ma Long is a five-time Olympic champion winning gold in the singles event in 2016 and 2020 and winning the team competition three times.

Chan was also joined by Wu Jingyu, a Taekwondo star who won gold medals at the 2008 and 2012 Olympics

Due to the ongoing COVID-19 pandemic, the torch relay was shorter than in previous years, with the whole event only lasting three days. After the run was completed, the torch started its journey to Zhangjiakou, the area of Hebei province where most of the Winter Olympics snow events will be taking place this year.

The torch will play a massive role in Friday’s opening ceremony, where it will be used as part of the traditional lighting of the Olympic flame.