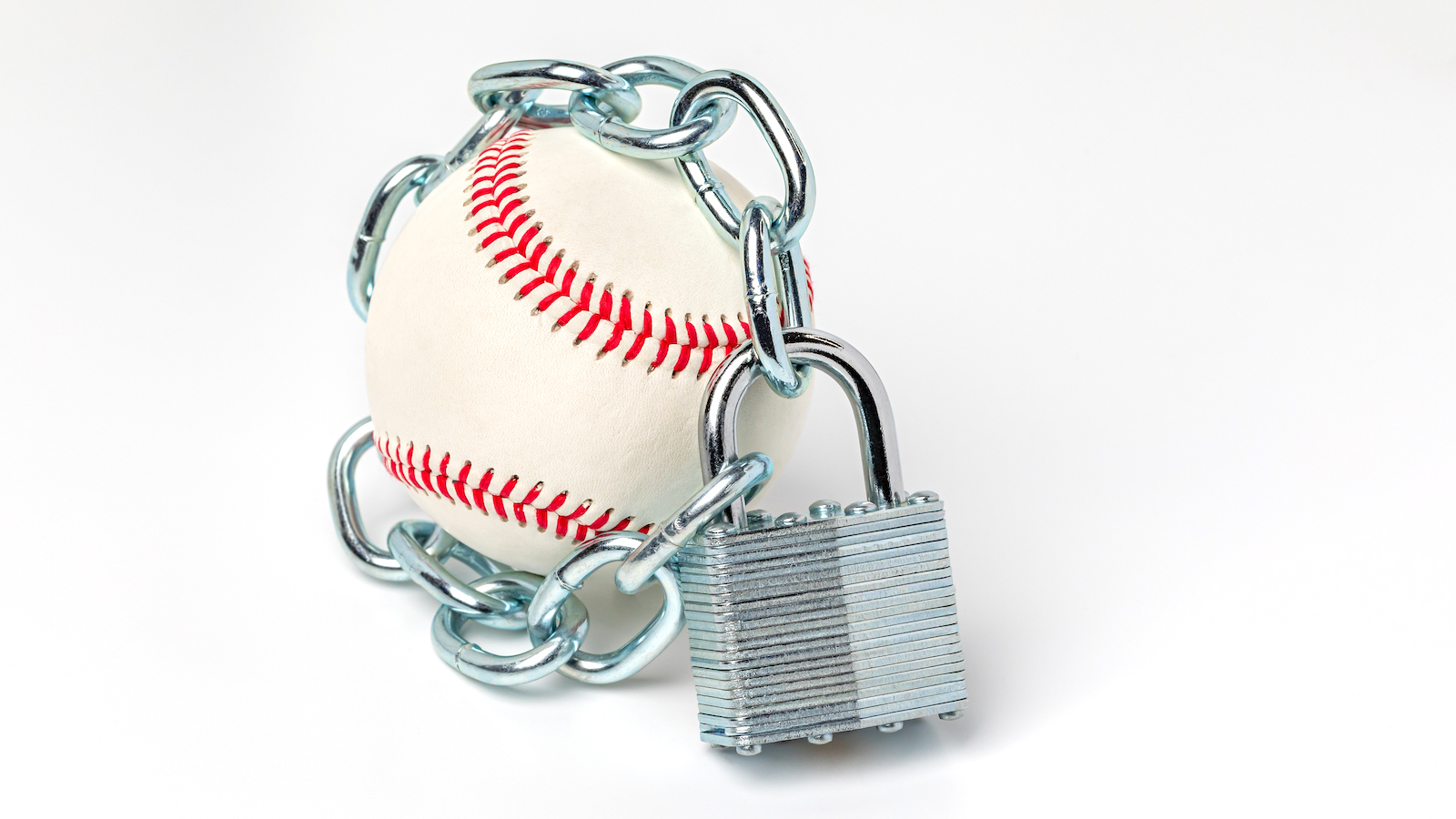 When explained, the game of baseball is simple. Throw the ball, hit the ball, catch the ball.

Of course, it’s a gross under exaggeration, as the intricacies of the game are way more nuanced and damn difficult to master.

The same can be said of the recent MLB lockout of its players by the league’s owners, which mercifully came to an end on Thursday by way of a proposal by MLB (the owners), and a vote to accept and ratify the offer by the MLB Players Association.

The agreement between the two sides, called the Collective Bargaining Agreement, is just that, a collectively bargained document agreed on by both sides for a specified period of time.

The latest CBA expired at the end of the 2021 season, meaning, a new CBA was needed.

The last time there was so much hostility involved, the players waited until midway through the 1994 season to go on strike and gain as much leverage as possible. However, that led to the first-ever cancellation of the World Series, as the 1994 season was never completed.

This year, the owners, citing the want to avoid anything happening in-season, decided to lock out the players this winter, before the 2022 league year even started. That meant that players were quite literally locked out from going to team facilities and would be at risk of not being paid for any games that were canceled.

Let’s try and wrap our heads around this, with a nod to the fact that a plethora of people who have followed the game their whole careers are still trying to make sense out of the senselessness.

Well, what were the two keywords in that sentence? It’s the money, obviously!

Let’s be clear, this is a for-profit industry, as thus the people in charge (owners) want to make as much profit as possible most likely. This means keeping as much money to themselves as possible, and only paying out to the employees (players) what they must (this is all hypothetical). This is not unique to baseball, or to sports, and though both sides were and are petty in lots of ways, I think it’s clear which side I believe is Darth, and which side is, well, I dunno, Boba Fett maybe?

The players felt that the owners might have been lying and being manipulative in many ways. For one, owners have proclaimed they barely make any money, sometimes losing money, by owning a baseball team.

Furthermore, players have seen strategies put in place that essentially curbed spending by some teams, leading to lower player salaries and overall lowering of team salaries.

The profit, or lack thereof, for baseball teams, is not made public. Except for one team, the Atlanta Braves, because they are the only publicly-owned club. Liberty Media purchased the Braves in 2007 for approximately $400 million. The team is now valued at $2.3 billion, with a “B” by Sportico. That’s more than five times what they were purchased for.

And they’re seen as not the biggest powerhouse or most profitable team out there, yet they profited to the tune of more than $100 million in 2021.

Meaning, most likely, teams are profitable, and if they were not, wouldn’t “smart businessmen” who are only interested in profits, you know, sell their teams and get the hell out of bad business?

MLB just inked several new rights deals to broadcast games, each of which ensures even more profit for the league — a reported $115 million annually, per Forbes. Their report states that the current MLB media deals total $1.96 billion annually. Um, if owners are losing money from this along with all the money fans pour into tickets, hats, jerseys, $17 hot dogs, $37 beers, and more, well, is that the players’ fault or the businessmen in charge’s fault?

Let’s not let the players off the hook either though, as the now-ratified agreement was voted on and passed by 26-12. Of the 12 dissenters, all eight of MLBPA’s executive subcommittee voted it down. And of those eight, five are represented by super-agent (show me the money) Scott Boras.

The owners, so to speak, just needed the players to understand that making money is super hard, y’all, and they just don’t have a square to spare as their pockets are basically full of sand.

And the players, as they put it, just wanted a bigger, or more equal piece of the pie because who can financially plan to survive off of at, bare minimum, half a million dollars (the old minimum salary) per year? That’s not enough in this economy!

At a time when the highest-end salaries are increasing, it was leaving less and less for the middle and lower tiers, which probably make up the vast majority of the 1,200 players the MLBPA represents.

So, there were several sticking points to be solved. The owners said nah, the players said nah, and so both sides acted like teenaged BFFs who aren’t really friends forever and are in a petty squabble right now, but everyone knows eventually they will be friends again.

They didn’t talk for a month. Then they barely exchanged words. Then, their concessions were laughable. Then, finally, once it was seen that real games would and could be canceled, meaning no ticket revenue, no outrageously overpriced concessions, no games on TV with their juicy money-making commercials, and both sides saw that there was no win-win (there never is), there was only lose-lose.

What’d they agree to (or disagree on)?

(Hat/tip to Jeff Passan of ESPN.com, who is as reliable and even-keel as they come on these matters.)

More games — The owners wanted 14 teams in the postseason, as opposed to the current 10. Players conceded here to agree on 12 teams for now.

More pay (part I) — Teams have notoriously kept minor league players from making their major league debut to delay paying them big money. As young players are locked into lower salaries, there is a literal clock (number of days of service time in the MLB) to when they are eligible for arbitration, which is their first chance at a “real” payday (relative to us normos). So this manipulation meant keeping talented players out of the MLB a couple extra months to delay this payday. The sides agreed on young players who reach certain benchmarks getting an accelerated path to arbitration, as well as a pool of money to distribute to those young players who exceed expectations by certain metrics.

From the always-engaging and ever-informed Ken Rosenthal of The Athletic:

“The agreement includes the creation of a pre-arbitration bonus pool, an allotment of $50 million that’s dispersed annually to players who have fewer than three years of service time in the majors and who perform well.”

More pay (part II) — Currently there is a tax threshold for team salaries, meaning if a team spends over X then they owe a tax, which is distributed to the rest of the teams which did not go above that line. The luxury tax threshold will be $230M in 2022 and $244 by 2026.

Designated hitter — The rule that the pitcher’s spot in a batting order could be replaced by a real hitter (a player who did not take the field) only applied to the American League before. Now it applies to both leagues, so no more pitchers hitting.

Call-up, send-down — A player used to be able to be called up from the minor leagues and sent down from the major leagues, an unlimited amount of times during one season. Now that stands at five total times.

Draft — Previously, the draft, in which amateur baseball players were picked by major league clubs in an order determined by record (the worst team picks first), incentivized teams to “tank”, meaning lose as many games as possible to get that coveted top draft choice. Now a lottery system is in place for the worst six teams, meaning the worst record is not guaranteed the top pick (though many argue if this will do anything to curb tanking).

Ch-ch-ch-changes — The owners won this one. If MLB wants to implement a new change, there is now a 45-day window to do so, starting in 2023. Before, it was one year.

With the agreement in place, spring training is set to resume as early as today (Friday). Then, the regular season will be delayed, starting a little later on April 7, with the season-end date being extended three days as well.

From there, an additional two teams now qualify for the playoffs. That means more playoffs games in total, which are big paydays for clubs both in ticket sales and on TV.

This CBA will expire after the 2026 season, meaning the two sides have five years to try and learn to communicate better, and be ready to have a really nice, amenable agreement ready to go in order to avoid a lockout or strike.

Well, they had plenty of time this go-round and look where we are.

With fat cats at play, settling on the money issues is, as always, a fat chance.