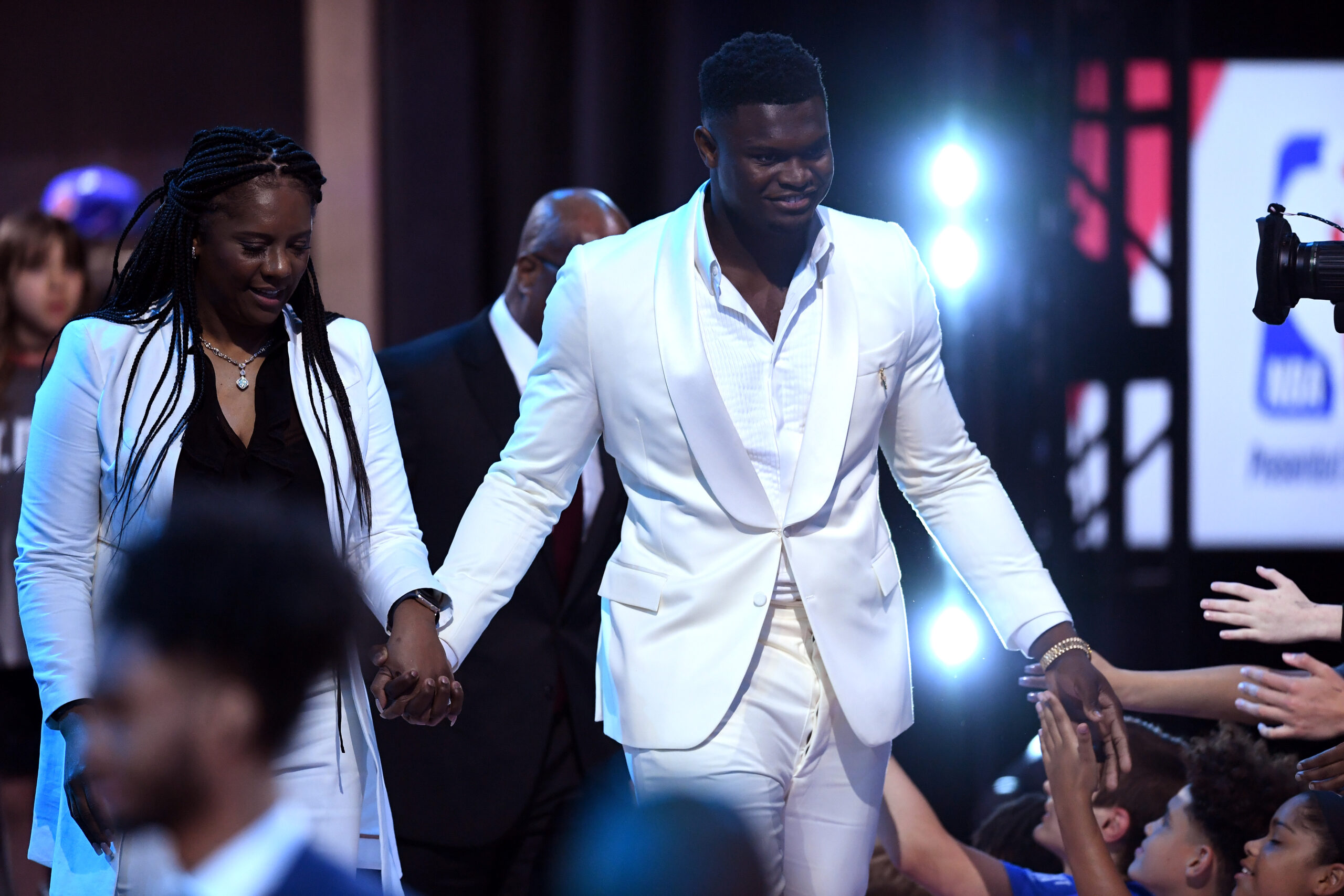 Odds are, the 38th annual NBA Draft Lottery is going to affect how you view your favorite hoops squad next season — and beyond.

Landing that No. 1 pick, or even a lottery selection and chance to take a highly-touted youngster, can elevate an up-and-coming team or really bolster a team already solidified (see: Golden State’s last two drafts).

Though we as fans don’t get to actually watch those ping-pong balls float around and come popping up to reveal the draft order one-by-one, we still get to anxiously watch the actual order unfold.

This year, as is tradition, the order of the top 14 picks for the 2022 NBA Draft will be unveiled live via broadcast as envelopes are opened and a card with a team logo is pulled out.

Every single team that didn’t make the playoffs (well, a top-six seed and automatic playoff berth) is eligible for the lottery, and however miniscule, has a chance at the overall top pick.

The NBA Draft Lottery show used to air during halftime of a Sunday playoff game during the midst of the playoffs in the past, until the NBA realized what an attraction the show could be. In 2003 the NBA moved the draft lottery program to its own standalone time slot to get more eyeballs and make a bit more of a spectacle out of it. Starting that year, it became a half hour show of its own airing in primetime.

The actual NBA Draft itself follows in the summertime, held live with fans back in attendance this year.

How to watch: ESPN and the Watch ESPN app

How to watch: First round on ABC and ESPN, entire draft on ESPN and Watch ESPN app

The draft lottery show will be preceded by NBA Countdown starting at 7pm ET and followed by NBA Courtside leading up to the still-to-be-determined conference finals game scheduled for 8:40 pm ET that night.

How the NBA Draft Lottery works

The top four picks are all determined via the ping-pong balls. After that, the teams fall in order based on their record and on which teams wound up in that top four. So, picks five through 14 are determined by reverse order of record, then, 15 through 30 is determined based on the records of the teams in the playoffs (though the actual outcome of the playoffs plays no factor in their selection).

The No. 7 and No. 8 teams in each conference are not in the lottery, even though technically they did not qualify directly for the playoffs but just the play-in tournament (Brooklyn, Minnesota, Cleveland, LA Clippers). This is all without consideration of draft picks that have been traded or might be swapped based on outcomes of the draft lottery.

The worst three teams by overall record during the regular season are given the best odds at getting the No. 1 pick via the lottery, with the odds decreasing for the remaining teams after that.

However, the very bottom team, this year it’s the Houston Rockets, is assured of no worse than a top-five pick, while the second-worst team, Orlando, will have a top-six pick regardless, and the third-worst club, Detroit, is guaranteed a top-seven pick. Same for Oklahoma City with the fourth-worst odds — they will have a pick in the top eight.

From there, teams five through 14 all have a chance at a top four — or lottery — selection, but if they do not land one of those picks, their selection will fall sequentially based on which teams actually land in the top four.

Meaning, if say the team with the 12th-best odds lucks out and lands the No. 2 pick in the draft, then that bumps each team back one spot in the order. In the super rare chance that four teams outside the worst four clubs win one of those top four selections, that’s how we wind up with the Rockets picking No. 5, and the rest of the order falling in place based on record by Orlando, Detroit, Oklahoma City, and so on.

More inside the numbers

There are 1,001 possible combinations of picks through the lottery system, according to the NBA. The second round of the draft follows reverse order of record regardless of the lottery outcome.

In the NBA’s own words, the ping-ponging goes like this:

Back in 2019, the NBA changed the system of the lottery and draft to try and discourage tanking, where a team would not-so-subtly take measures to lose more games, especially near the end of a season, to try and secure better odds at getting a top-three pick.

According to hoopsrumors.com, those 14 teams in the draft lottery are assigned a specific number of combinations, which are as follows (from the worst to best):