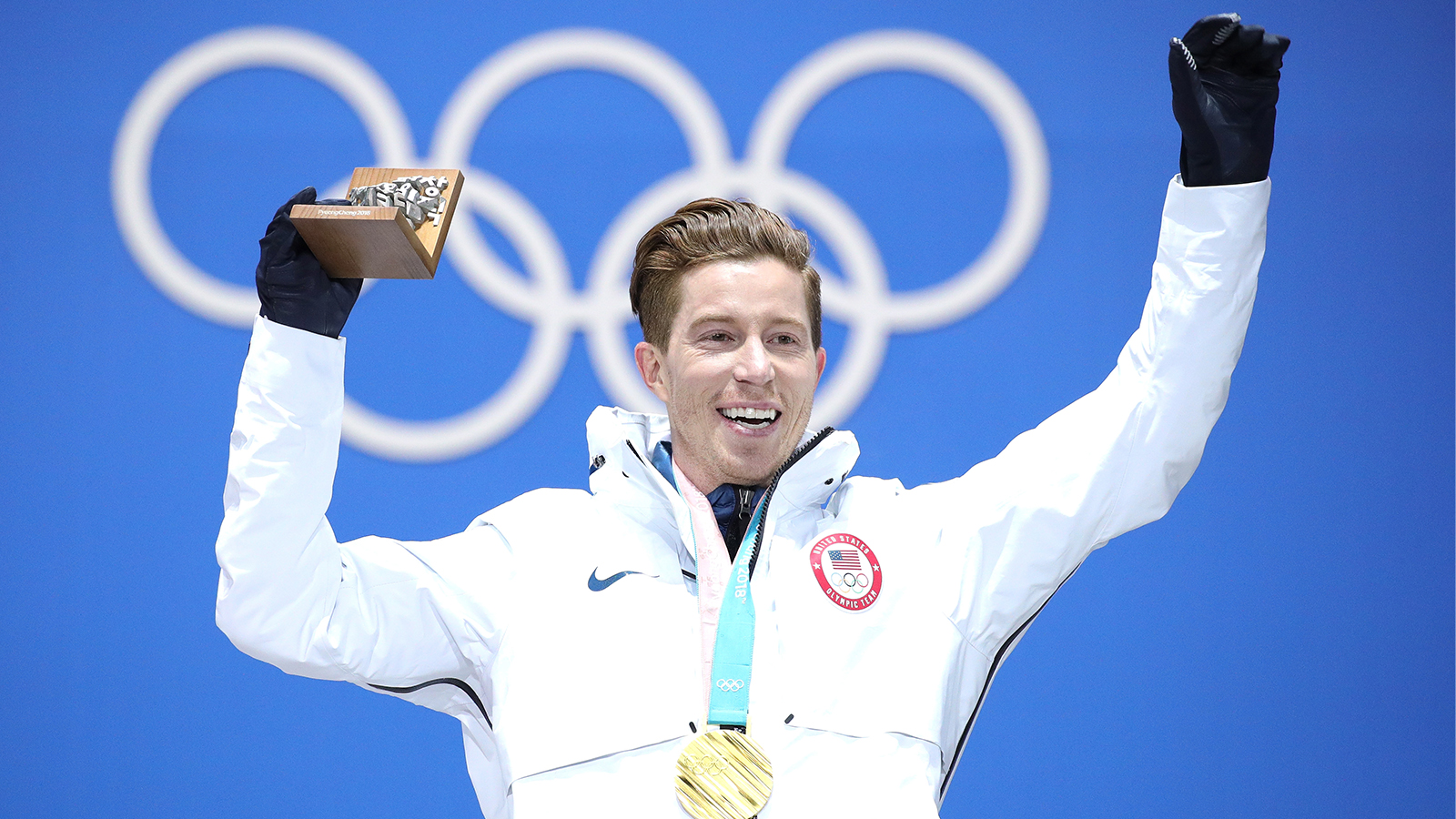 Shaun White has taken the sport of snowboarding to heights never reached before. His popularity among fans and casuals is secondary to the greatness he has produced on the ice. Shaun White put the X Games on the map, making the event and himself a name in the process, and dominated along the way winning 15 gold medals.

That level of excellence isn’t possible at the Olympic level. The Winter Olympics are a more storied, more competitive and more entertaining event in part because they only come around every four years.

So how does Shaun White’s legacy of winning translate to the international stage? As it turns out, he’s still pretty fantastic.

White made his Olympic debut back in 2006, at just 19 years old. In Turin, he was just establishing himself as the X Games’ newest rising star. He became a fan favorite for many Team USA fans thanks to his style and his smile, and despite a poor first run, he ended up taking home the gold medal for the men’s halfpipe.

Team USA dominated snowboarding events in 2006, winning gold and silver on both the men’s and women’s side. White was at the heart of a successful Olympic-level program, and his age positioned him as snowboarding’s present and future.

White returned to the Olympics in 2010 in the prime of his career, looking to repeat his performance as a teenager in Turin and continue his X Games form. Vancouver’s proximity to the U.S. made for a half-home field advantage, and White was perfectly positioned to take snowboarding and Team USA to new heights.

He did just that; earning a 46.8 which would have been good enough to win on the first run. He did the second run for good measure, and brought back a 48.4.

White had returned to the mountaintop and done it in impressive fashion, growing the popularity of himself and snowboarding once again. With two Olympic gold medals in men’s halfpipe and more than a dozen from the X Games, Shaun White was a star.

When the Olympics came to Russia, the Shaun White that came along was not quite the same as before. He was still winning medals in the X Games at a crazy rate, and while his record would have exceeded most other athletes’ expectations, it did not reach the standard we’d grown accustomed to with White.

But he was no less of a star, which was something that ended up backfiring after a disappointing 4th place finish in the men’s halfpipe. He ended up slipping during his run, and could not do enough to recover and get a spot on the medal stand. It’s something that White has talked about in years since as a motivating factor, that despite all of his other medals and proof of greatness, he still is a performer that wants to do it on the biggest stage.

This brings us to 2018, four years after Shaun White started his redemption arc. He hadn’t medaled in the Olympics for eight years, and his last X Games medal was in 2013. People were hopeful of seeing the Shaun White we had come to love, but were skeptical due to his recent results.

But those weren’t the only factors heading into these Winter Games. While training in New Zealand for the ’18 Games, White crashed into the edge of a superpipe, resulting in him needing 62 stitches on his face. His injury status was a question mark leading all the way up to the start of the competition, but he still made the Oympic roster despite that.

White had finally reached the men’s halfpipe final again after four long years, and was contending with Australian snowboarder Scott James and Japanese teenager Ayumu Hirano at the top of the leaderboard. White was trailing Hirano by a full point heading into the final run, but in a dramatic finish, came back to win his third gold medal for Team USA. White’s gold was also the 100th gold medal won by Team USA in the Winter Games.

White had now gone through multiple cycles of an Olympic athlete, from the teenage prodigy in ’06 to the wily veteran coming back for revenge 12 years later and triumphing over the next generation’s prodigy. This is the perfect conclusion to the story of one of the greatest Olympians in modern history, but surprisingly it does not end just yet.

For many, including myself, Shaun White’s final appearance at the 2022 Beijing Olympics may seem like a risky move on many fronts. White doesn’t want to go out on anything else than a high note, and none of his loyal fans would want to see him go out with a whimper. It wouldn’t be a fitting end for a legend.

But I don’t think he would view it that way. He didn’t get into winter sports as a kid because he wanted a storybook ending; he got into it for the love of the game and excelled at it due to his desire for greatness. Only a person with those two priorities would continue to commit the time to this so long after their physical prime.

I don’t know if Shaun White will win gold or not at these Beijing Winter Games, but it should be framed as a fitting end to a legendary career. What makes him a great athlete is not his trophy cabinet nor his technical skills, but his determination to always strive for more.