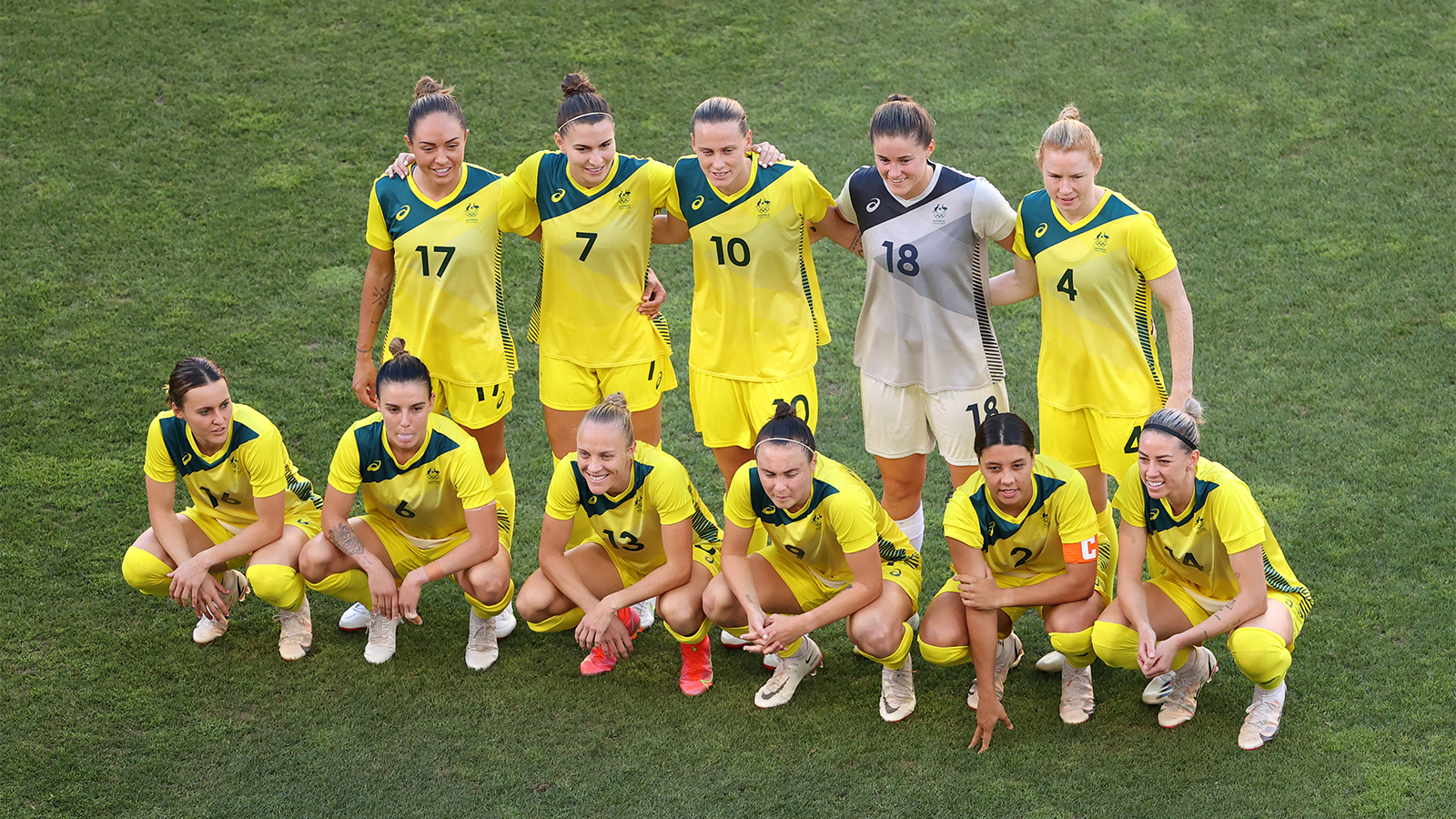 Australia has been competing at the international level for the majority of Olympic history. In fact, at the first modern Olympics in 1896, Australia participated even though it was not yet a sovereign nation.

Australia is a mainstay at the Olympics, yet every few years more and more Olympic fans end up asking a similar question: Why do they wear green and yellow?

Australian Edwin Flack became the country’s first Olympian when he attended the 1896 Olympics in Athens, winning the gold medal in the 800m and 1500m races, as well as a bronze medal in tennis doubles.

This was the beginning of a national program that has consistently over-achieved in the Olympics, overcoming the nation’s relatively smaller population with smart investment and a sports-crazed culture. Australia is the world’s 55th largest country with about 25 million people, but the Aussies are top 30 in the all-time Winter Olympics medal count and top 10 in the Summer Olympics.

In 1956, the Olympics were hosted by Australia, representing the first time the event had not been hosted in Europe or North America. The team finished a strong third place, only behind the United States and the Soviet Union.

This prompted new interest in Olympic sports around the country, particularly in winter sports that had not been popular in Australia to date. In 1960, Australia sent the largest team it ever had to a Winter Olympics in hopes of competing on the highest stage.

It did not go well. Certainly not for the men’s hockey team, who lost all six of their games and conceded 83 goals in the process. Australia had never won a medal in the Winter Games, and that didn’t change in 1960.

This led to a downturn on the winter side of the Olympic program, as fewer athletes were sent to compete in 1964 than ever before. The generally more popular summer sports were still thriving, but Australians would have to wait until the 1990s to see their country’s first-ever Winter Olympics medal.

This was the dawn of a new era for Australia, now having 15 medals in the Winter Games and regularly contending in events like skiing and snowboarding. Considering the amount of investment behind this newly successful program, Australia has a bright future ahead for the Summer and Winter Olympics.

Australia’s history with green and yellow is as old as its Olympic history. One of the first recorded instances of an Australian team sporting the colors was in 1899, when a cricket team touring England decided to buy matching caps and blazers for the players.

This tradition continued until 1908 when green and yellow were officially selected as the colors of Australian cricket, being described by the New South Wales Cricket Association as “gum-tree green and wattle-gold,” referring to two plants indigenous to the continent.

Green and yellow continued to be a popular color combination in the 20th century, but it was not the only one favored by Australians. Many teams wore blue and gold, more keeping in line with the colors on the national flag.

Eventually, Australian officials stepped in to decide on a color scheme that the whole country could get behind. After years of debate, in 1984 Governor-General Sir Ninian Stevens declared “that green and gold shall be the national colours of Australia for use on all occasions on which such colours are customarily used.”

From time to time, you will still see an Australian team with some dark blue on their jersey, but for the most part the nation is united behind their gum-tree green and wattle-gold.