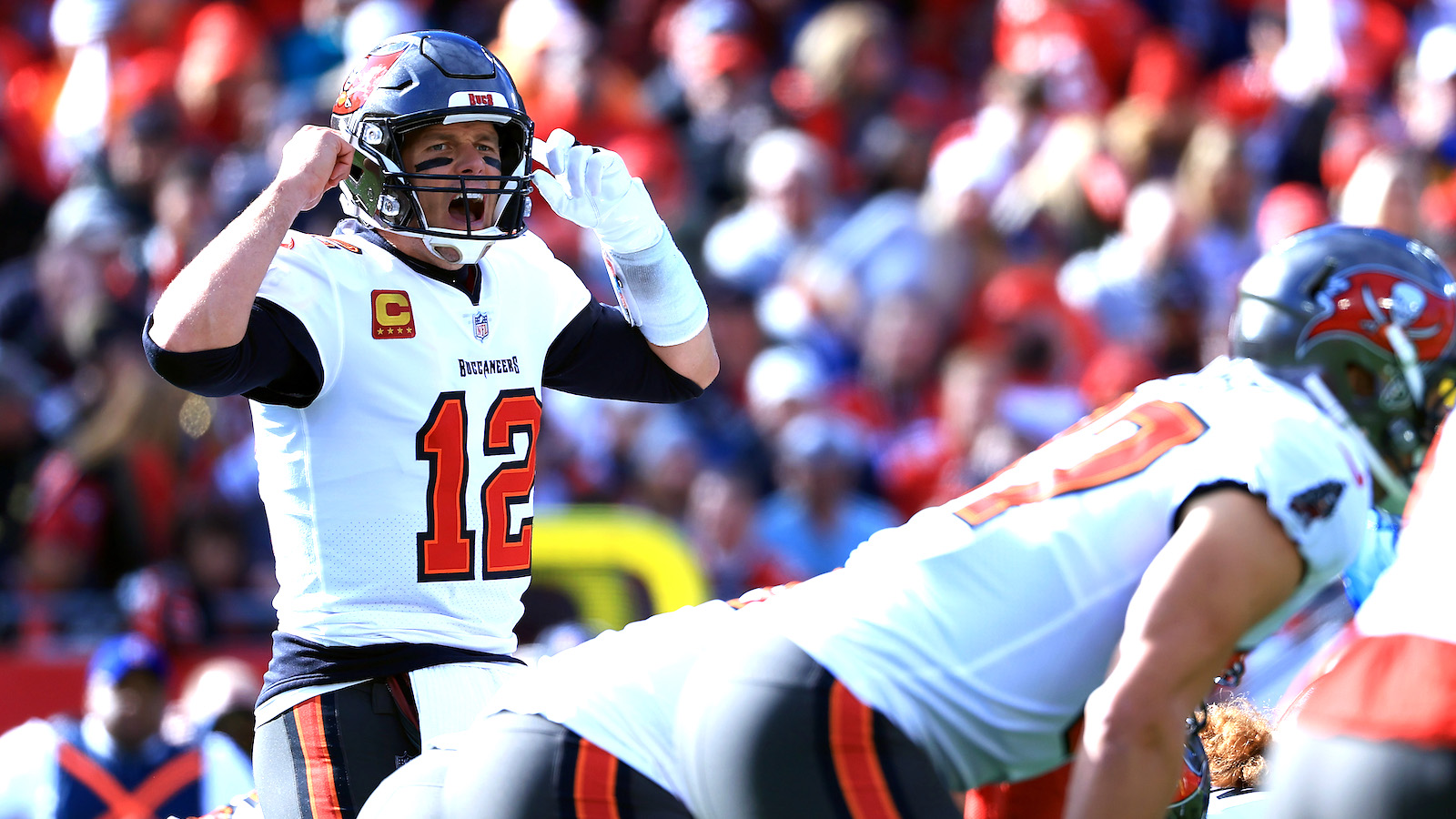 When you search “Tom Brady intense,” the first page of articles that pop up on Google include the following:

Widely known as one of the most competitive players in the league, and maybe ever, Brady announced his un-retirement late Sunday. This comes just 40 days after he announced his retirement.

In case you haven’t seen his announcement yet (and look at that avatar, with red eyes of intensity beaming), here it is:

Not the first GOAT to graze again

Brady is hardly the first athlete to do this. Michael Jordan unretired. So too did Muhammad Ali. Jay-Z. Michael Phelps.

And Brett Favre. Deion Sanders. Ryne Sandberg. Yogi Berra. Magic Johnson. Lance Armstrong. Mario Lemieux. The list goes on, and on, and on. NFL.com even has its own running (and now updated) photo gallery of these instances.

During his 40-day retirement, Brady had a chance to watch Manchester United and Cristiano Renaldo play Tottenham, and the two met afterward. Just look at this face when Renaldo asks him, “You’re finished right?”

Why would Brady, considered the GOAT (that’s Greatest of All Time, for those who don’t know) reverse course so quickly? Was he inspired by the Old Testament and just needed to wander and wonder for a bit?

Not many people believed that he was retiring for good in the first place, with some speculating that he’d just take one year off and be back, not just a month-plus. Brady himself even said on Jim Gray’s podcast, “You never say never. … I feel very good about my decision. I don’t know how I’ll feel six months from now.”

Don’t forget that this guy won another Super Bowl after the New England Patriots and Bill Belichick moved on from him essentially, believing he wasn’t capable of taking them to the top again. So maybe someone just whispered to him, “Good thing you retired, you weren’t good enough anymore, anyway.”

After saying he was retiring to spend more time with his family — a common trope of athletes retiring — chances are Brady realized he was still at the top of his game. Not even six weeks later, he’s back.

A lot left in the tank

Brady was considered one of the best QBs just this past season, finished second in MVP voting at age 44, and he led the NFL in passing yards and touchdowns this year. He won a Super Bowl just a season ago, and has long declared that he wanted to play well into his ’40s (and maybe even ’50s).

“I really think I can play as long as I want,” Brady said in an interview with Andrea Kramer and Hannah Storm in 2021. “I could literally play until I’m 50 or 55 if I wanted to. I don’t think I will obviously … my physical body won’t be the problem. I think it’ll just be, I’m missing too much of my life with my family.”

In all walks of life, plenty of people retire then unretire, or find a new venture, or start traveling the world, or just get bored. Have you seen Succession? Logan Roy’s character isn’t some unrealistic fictitious character. Most people with power do not want to relinquish power, or admit they aren’t worthy of the top anymore.

“Legends, totally healthy, totally smitten with their profession, don’t stop loving their jobs because history says they can’t be great at 45. Don’t complicate this. A man who loves his job wanted to keep doing it. That’s exactly what happened here.”

Routine and competition fuels many to do what they do well. And when you’re still doing it well, you want to keep doing it well. Some have speculated that Brady never planned on staying retired, but he was trying this move out to give himself a chance to gauge if he could maneuver a trade to his beloved San Francisco 49ers.

Realizing that wasn’t a possibility, and that if he was going to play this year it would only be with the Tampa Bay Buccaneers (as claimed by head coach Bruce Arians), then he probably set about talking with the powers-that-be for the Bucs to get some clarity on how they would pursue upgrades on the roster and make sure the 2022 club would be primed to compete at the top again.

Bucs backed Brady, to get him back again

Given some assurances that they would spend and even make trades to fortify the roster, Brady went ahead and said that he’s coming back. And the road to another Super Bowl is relatively weaker in the NFC than the AFC.

Tampa Bay’s general manager Jason Licht released a statement shortly after the announcement, seeming to hint that the two (three) sides have been talking routinely and that there was movement behind the scenes to make this happen and nudge Brady back onto the field.

“We are thrilled that Tom has decided to come back this season,” Licht said in the statement. “We said we would leave all options open for him should he reconsider his retirement and today’s announcement is something we have been preparing for in recent days. (Arians) and I have had plenty of conversations with Tom recently that led us to believe there was a realistic chance he would want to come back. With this decision now made, we will continue to move forward with our off-season plans to reload this roster for another championship run.”

About that competitive fire, Arians added, “Tom Brady loves to play football as much as anyone I have ever been around. As Tom said, his place right now is on the football field.”

It might not seem so huge, but another big factor that may have provoked Brady to return was the Bucs resigning of another player — trusty center Ryan Jensen. Brady is known to love (most of) his teammates, and the ones he vouches for means he wants them there with him. The most famous of these is Rob Gronkowski, who himself unretired to follow Brady from the New England Patriots to the Bucs.

Just Sunday morning, the same day as Brady’s announcement, Jensen agreed to a three-year contract with the Bucs, likely taking less money to come back (with some insider knowledge that Brady was coming back, too). It wouldn’t be a shock to see Gronkowski, who some thought would retire, to come back and play again as well.

Get ready, because the GOAT is coming back to graze once again.