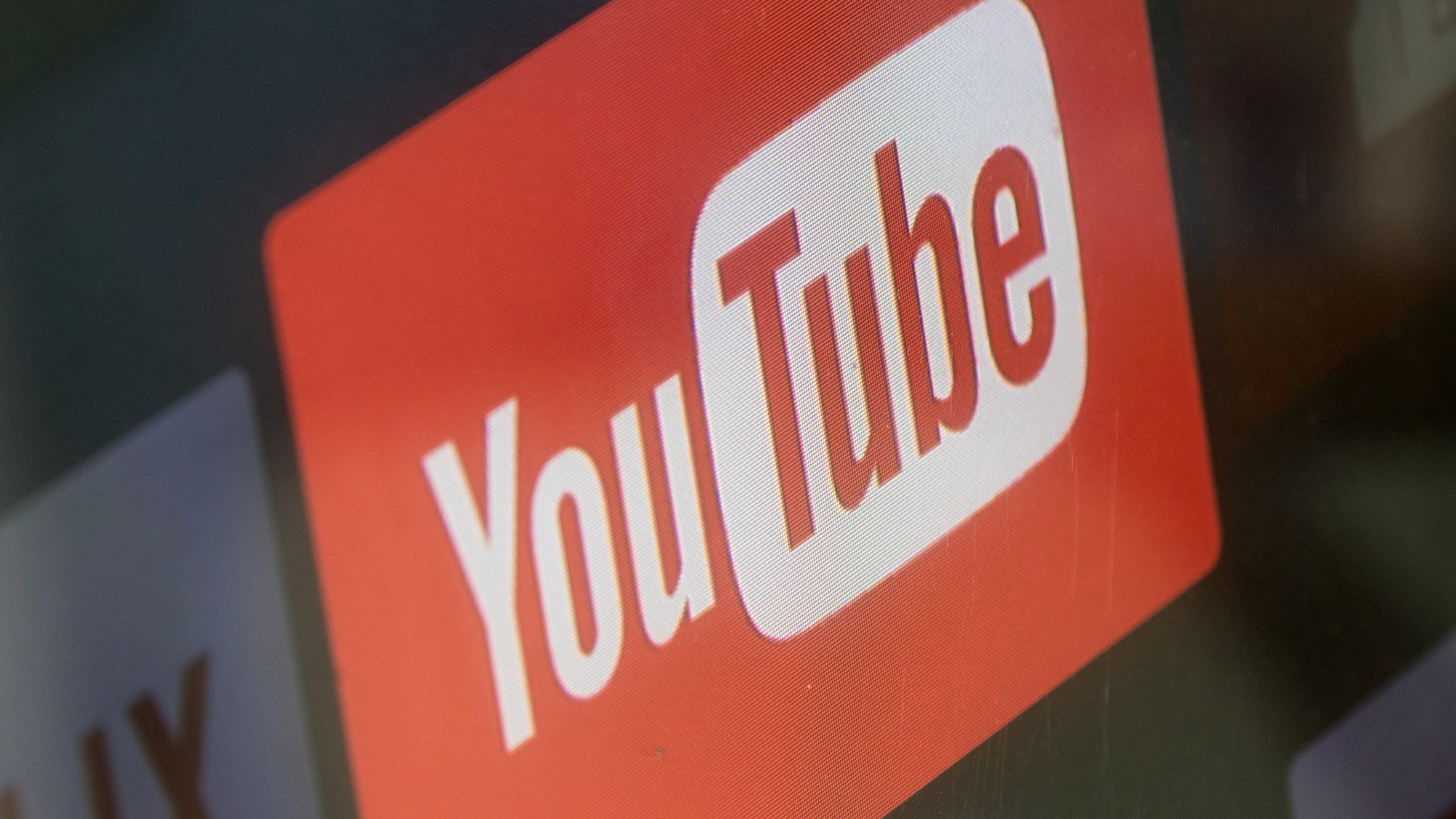 With such an abundance of shows available to us, it can be tough to choose what to watch and on which platform. What if some of the best programs were only a few clicks away and absolutely free? YouTube doesn’t often come to mind as a source of stellar — not to mention free — television programming, but the platform boasts a surprising number of worthwhile options that come free with ads.

There are options for audiences of all ages, contemporary shows, and some oldies that our parents and even grandparents might have enjoyed. You’ll find a whole plethora of entertaining shows at your fingertips on YouTube, and here, in no particular order, are 10 of the best free ones you can enjoy right now.

One of the more popular cooking shows and overall reality competitions made for an easy pick here. Debuting back in 2005 on Fox, Hell’s Kitchen stars a favorite ⏤ or at least a favorite foul-mouthed ⏤ chef by the name of Gordon Ramsay. With his world-renowned reputation and award-winning career, Ramsay throws a group of hopeful restauranteurs into the metaphorical fire not with just the TV audience watching, but also actual restaurant patrons taking in all the mayhem while waiting to be served their food.

The premise of the culinary gauntlet has each hopeful chef-in-training competing for the top spot at one of Ramsay’s own restaurants. The first six seasons of the ongoing hit show are currently available on YouTube.

Anything from Stephen King usually gets the attention of the masses, even though his work doesn’t typically contain anything resembling sunshine or rainbows. Just from the title alone, one will easily know that this work by King deals with life, death, and the supernatural. The show was actually an updated version made for television, subsequently based on King’s 1979 novel and the classic 1983 movie of the same name starring Christopher Walken.

This remake starred ‘80s favorite Anthony Michael Hall as Johnny, a man who wakes from a coma to find his fiancée married to another man, his young son under their care, and remarkable psychic powers that kick in when he touches certain objects or people. All six seasons of this show’s run from 2002 to 2007 are available on YouTube.

Some would argue that unless they didn’t have a television in their home from the late ‘80s through the ‘90s, everyone knew about Unsolved Mysteries. Whether it was host Robert Stack’s unforgettable voice or how the instrumental theme song made the hair on the backs of their necks stand up, this show definitely stood out to its viewers.

This program utilized re-enactments and interviews with the real people who experienced the mysteries that were obviously unsolved. Anything from missing persons and unexplained paranormal events to long-lost loves was featured on the show, which ran from 1987 to 1997 on NBC. It was given new life for a couple of seasons on Lifetime, then rebooted on Spike TV for another three, and has actually found a new home on Netflix since 2020. YouTube currently has seasons one, two, and four available for viewers to watch.

This was a popular spy thriller series that ran in the United Kingdom during the 1960s, starring the classic and legendary debonair actor Roger Moore. His performance as Simon Templar, a wealthy adventurer that helped solve mysteries and crimes in cleverly unconventional ways, practically guaranteed him his future place in cinema history as James Bond. Although most of the episodes in the series were produced in black and white, viewers will instantly see how Moore was an easy choice for Sean Connery’s replacement as 007 in 1973.

During the show’s eight-year run from 1962 to 1969, episodes featured a number of actors that appeared in Bond films themselves or went on to become household names in other future TV projects and movies during their respective careers. The show would also inspire a motion picture remake in 1997 that starred Val Kilmer and Elizabeth Shue as well as a TV movie that was produced in 2015. Despite YouTube only carrying a segment of the series from seasons five and six, what’s available is still well worth watching.

Sticking with classic TV that was seen perhaps before many of us were even thought of comes the iconic and Emmy Award-winning variety/sketch comedy show The Carol Burnett Show. Starting in 1967, the program ran for 11 masterful seasons with Carol Burnett, Vicki Lawrence, Tim Conway, and Harvey Korman consistently bringing America countless laughs week after week. During its run, the program also featured many entertainment icons such as Lucille Ball, Don Rickles, and Bob Hope in guest roles.

Having a show with Gordon Ramsay in it must be the key to broadcasting great television. This one is also a Fox production but came to an end in 2014 after premiering in 2007. Banking on the clout of his more successful shows like Hell’s Kitchen and MasterChef, Ramsay would spend some much-needed time at underperforming restaurants all over America with the intent of whipping them into tip-top shape by the end of his visit. The premise here was always pretty interesting compared to Ramsay’s other projects, because the “win or lose” was either each venue he visited staying open for business or closing for good in failure.

The show ran for seven seasons on Fox however, YouTube is currently presenting the first six seasons.

This popular Fox crime drama from the ‘80s was the spark that put Hollywood icon Johnny Depp on everyone’s radar during the early years of his career. As part of an ensemble cast, Depp played a police officer that was a part of an undercover unit made up of fresh-faced, young detectives posing as typical teens or college students. These covert cops would infiltrate suspected crime rings that were embedded in local high schools, colleges, and other various popular hangout spots.

The show ran from 1987 to 1991 and continued to have a decent following during runs in syndication during the 1990s. More recently, two movie adaptations ⏤ 21 Jump Street and 22 Jump Street ⏤ followed the show’s canon, even featuring Depp and a few of his former co-stars appearing in cameo roles as their original characters from the TV series. Only the first two seasons of the show are available on YouTube.

The famed and legendary 1990s cooking competition from Japan is also available on YouTube. Produced at a time when reality cooking shows hadn’t taken off yet in the States, this program was all the rave in its homeland thanks to a recipe of expert-level culinary arts, a one-on-one sports stadium-style environment that featured a random mystery ingredient, and a unique theatricality that was like no other. The legendary Iron Chefs were billed as vastly superior to all challengers and were often successful in keeping that reputation consistent.

Regardless of the outcome of each battle, the show had long-running popularity that reached outside of Japan and inspired two American versions, Iron Chef USA and Iron Chef: America, which ran for a total of 13 seasons on the Food Network. Currently, the first two seasons of the original Japanese version are available on YouTube.

One of the most legendary television programs in history, which many believe helped establish sitcoms as we’ve always known them, is a definite pick here. Shot at Desilu Studios, the home of I Love Lucy, this one first premiered in 1961, starring legendary performers Dick Van Dyke and Mary Tyler Moore. Both of their iconic careers would only grow exponentially after this project.

Penned primarily after comedy legend Carl Reiner’s real-life experiences, the show was a consistent hit among its viewership during its five-season stretch. Only the first two seasons of this show can be currently found on YouTube.

This last pick is a dark horse choice, mainly because it’s an animated comedy show. But that doesn’t mean that this program that ran on The Hub from 2011 to 2013 isn’t worth a watch. Curtis Armstrong of Revenge of the Nerds fame provided the voice of the titular character, with Dave Foley and Paget Brewster cast in supporting roles. Dan goes through each episode carrying a pure disdain for the general public that manifests into constant adventures where he feels compelled to “get” whoever he believes is out to get him.

YouTube currently has all three seasons of the series available for your viewing pleasure.