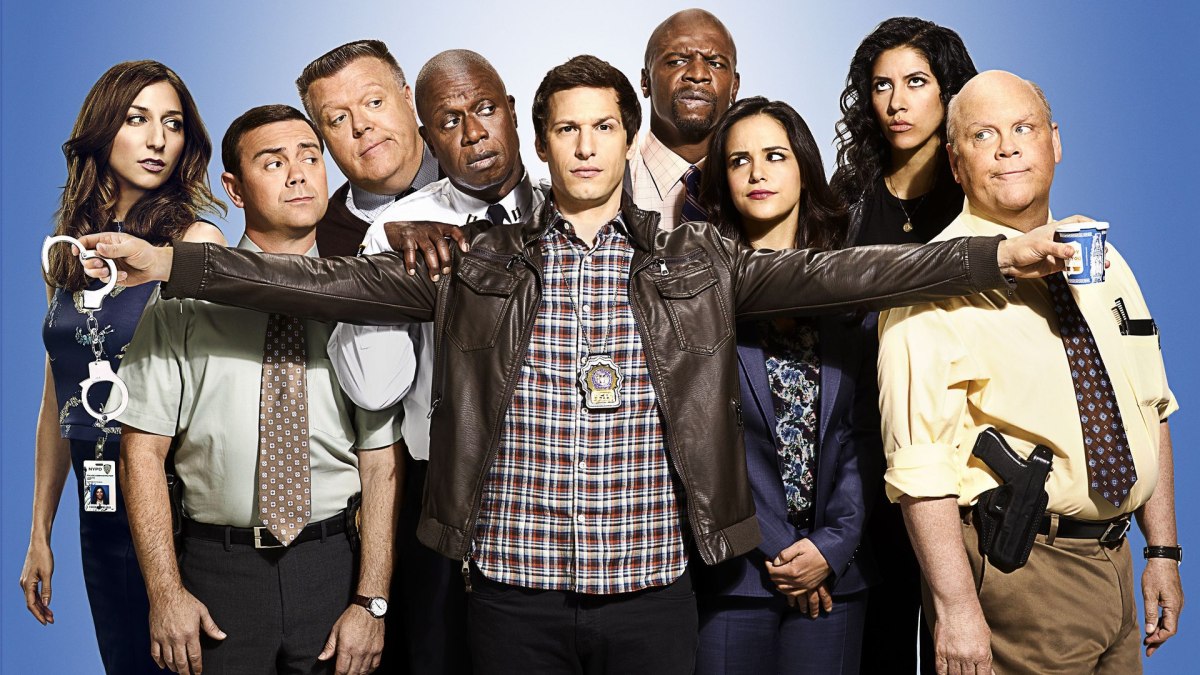 After eight seasons and 153 episodes, Fox and later NBC’s Brooklyn Nine-Nine ended its run in 2021. Despite an excellent final episode, fans were devastated to see the series come to an end, leaving viewers without the hilarious hijinks and thrilling action that only Jake Peralta, Amy Santiago, and the rest of the crew can deliver.

The departure of the police procedural comedy left a hole in many fans’ viewing schedules, one that they’d love to fill with something else. While nothing can quite match Brooklyn Nine-Nine, there are plenty of comedic shows out there that will tickle a familiar funny bone for fans of the Nine-Nine.

Listed in no particular order, here are 10 alternate viewing options for fans of Brooklyn Nine-Nine.

This selection may seem a bit obvious, but we are looking for shows that share real estate with Brooklyn Nine-Nine, after all. Reno 911! is a bit more dated than many of the entries on this list — it aired between 2003 and 2009 on Comedy Central — but it shares too much in common with Brooklyn Nine-Nine to be absent from this list. Plus, this weird, funny show got a revival in 2022, allowing fans to watch a fresh season — titled Reno 911! Defunded — on the Roku Channel as of Feb. 25. The entire original series can be enjoyed with a subscription to HBO Max.

Stepping away from shows starring law-enforcement, we have Ted Lasso, Apple TV Plus’ spectacular sports comedy following Jason Sudeikis as the earnest, hardworking title character. While it veers far away from any police action, this series is utterly charming in many of the ways that Brooklyn Nine-Nine is. It stars a stellar cast of heartfelt, hilarious characters and gives viewers a glimpse into a comedic version of a job they rarely otherwise see.

You know NBC’s popular comedy had to show up somewhere on this list. Parks and Recreation is a good show suggestion for pretty much anyone, regardless of what other series they enjoy. This quirky, charming show stars Amy Poehler as Leslie Knope, the determined and perky bureaucrat in Pawnee, Indiana’s Parks and Recreation department. The comedy has a similarly zany energy to Brooklyn Nine-Nine and offers up seven seasons for fans to enjoy. It can be viewed for free with a Peacock subscription.

It’s hard to beat The Good Place when it comes to quotable lines and strong, memorable characters. This unconventional fantasy series can be enjoyed in its entirety with a Netflix or Apple TV subscription, offering up four flawless seasons of comedy. Starring Kristen Bell and Ted Danson alongside William Jackson Harper, Jameela Jamil, and Manny Jacinto, the series follows a group of people traversing life after death. While its setting is far removed from that of Brooklyn Nine-Nine’s, this NBC series has a richness and emotional depth behind its story that few comedic series can similarly boast.

Another show that can be easily enjoyed in its entirety with a Netflix subscription, Schitt’s Creek is an absolute delight. It deviates from the workplace comedy stylings of many of the entries on this list, instead following a once-prominent family and their spectacular fall from grace. Dan Levy and his father, Eugene Levy, crafted something wonderful in the creation of Schitt’s Creek, a show that balances humor with genuine character development.

For a slightly different brand of humor, consider Canadian comedy Kim’s Convenience. The show follows the Korean-Canadian Kim family as they go about their lives in Toronto, managing the family business and attempting to embark on their own journeys. It offers up a fresh take on the typical family sitcom and provides a glimpse into a unique and hilarious family dynamic. The five-season-long show is available to enjoy on Netflix.

Returning to the more common workplace comedy approach, Scrubs is a slightly older but no less worthwhile comedic offering. The series follows physicians John Dorian and Chris Turk in their everyday lives, but without the heavy dose of drama injected into series like ER or Grey’s Anatomy. Its comedic stylings will feel familiar to Brooklyn Nine-Nine fans, as will the flawless chemistry between the show’s main characters. Scrubs is available to watch with a subscription to Hulu or Amazon Prime Video.

If you’re a Brooklyn Nine-Nine fan, you’ve already been introduced to the New Girl crew. The two series did a pair of crossovers in New Girl’s sixth season and Brooklyn Nine-Nine’s fourth. Characters from each series — both of which were owned by Fox at the time — appeared in the episodes, giving fans of the Nine-Nine a glimpse of what they can expect from this offbeat, charming series. All seven seasons of New Girl are available with a Netflix subscription.

Another irreverent workplace comedy that will tickle a similar funny bone to Brooklyn Nine-Nine, Superstore follows the daily lives of employees working at a superstore with serious Walmart energy. The show, like many on this list, sports an excellent cast of characters and a consistently funny script and features cameos from some of comedy’s most popular regulars. Each of Superstore’s six seasons can be enjoyed on Peacock or Hulu.

One of the most popular comedies to ever grace television, The Office remains a perpetual fan favorite. It belongs on every list of comedy series, if only for the steps it took to shift the comedic landscape. Steve Carell absolutely shines as incompetent office manager Michael Scott, John Krasinski and Rainn Wilson are hilarious as ever-feuding salesmen Jim Halpert and Dwight Schrut, and the rest of the cast absolutely kills in their various memorable roles. While it is no longer streamable on Netflix, Office fans with access to Peacock can still enjoy the entire series.